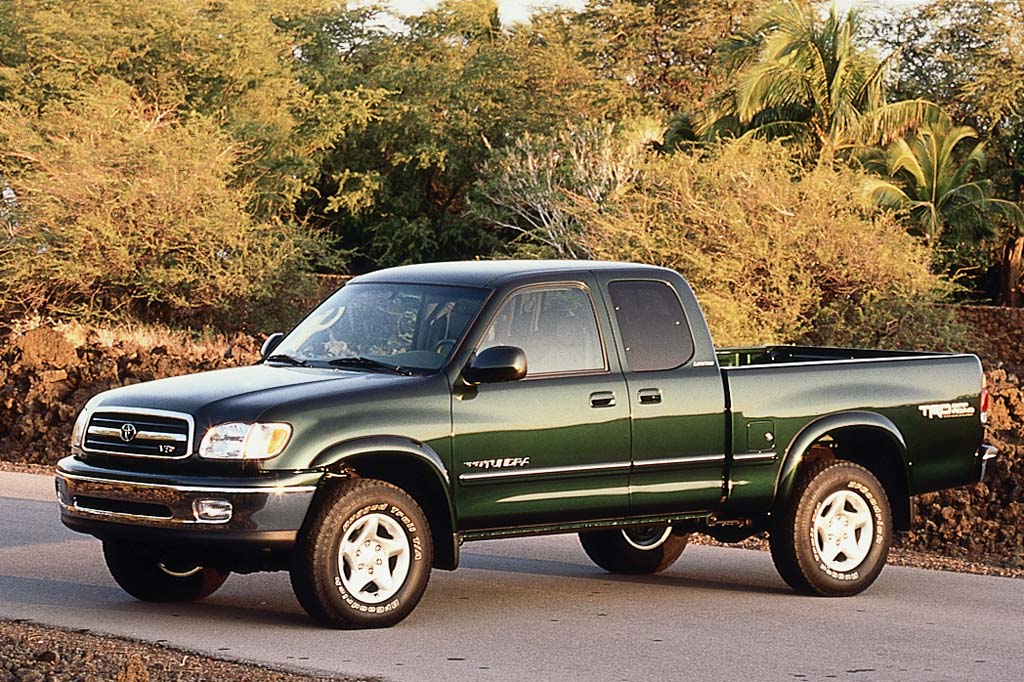 Japanese manufacturers have done a good job of building a reputation around reliability so much so that the brand name automatically allows people to assume it’ll be a safe choice. This strategy allowed Japanese manufacturers to break through in the North American market and really dominate several segments. However, Japanese manufacturers have long struggled to make ground in the truck segment and for good reason. The North American big 3 just simply do too good of a job. With that said, there are some excellent Japanese substitutes you can pick from but the list below will be the ones you definitely want to avoid.

The 2003-2005 Nissan Titan model was the first generation of the truck that Nissan thought would launch their success into the full-size truck market. Unfortunately, it ended up being one of the most unreliable trucks with costly repairs. Probably the biggest issues with these are the differential fluid leaks which ended up resulting in a rear axle replacement. This is not a cheap repair and should eliminate the truck off your list alone. There are other seriously questionable build quality issues with these model years that would deter most buyers.

I actually feel bad for putting the first few model years of the first generation of the Toyota Tundra on the list but unfortunately it has earned it. There are many things to love about the first-generation Toyota Tundra, such as the extremely reliable engine options with either the 3.4L V6 or the 4.7L V8 engines. However the rust problem on these is so out of control that I would be shocked to see one in road worthy condition these days. Toyota did issue a recall for this exact reason but it’s still a common and extreme problem.

You probably have never heard of the Suzuki Equator and that’s for good reason. Suzuki partnered with Nissan to make these and based them off the Frontier platform but just threw quality control out of the window. They suffer from a terrible suspension issue that wiki result in the lower control link bushing collars failing, which can actually be pretty bad if the vehicle is in motion at highway speeds. They feature either the 2.5 Nissan QR25DE inline 4 engine or the VQ40DE V6 engine, neither of which are known to be super reliable but not terrible either. Maintenance costs are up there on these.

Honda makes a lot of great vehicles, ones I truly love, but the entire first generation of the Honda Ridgeline is not one of them. There are several model years that are plagued with a faulty fuel pump and other electrical issues. There are also known issues with the power steering pump which suffers from a faulty o-ring. Finally, the rear seats are folded via a plastic pulley system which is so prone to breaking it was part of a recall. The upside is that many of these issues are inexpensive to repair however it doesn’t make up for it when there are so many known issues.

There are several reasons why I’ve included the first few North American model years of the Nissan Frontier and that in itself is a problem. This is a truck that had to be recalled just months into production due to issues with Desert Runner trim which included a supercharged version of the V6 engine. Not only was this one of the most expensive Frontier models offered but it was even worse for reliability as the supercharger failure was so common. The maintenance costs associated with these are also just way to out there that even though you can find these for low prices, it makes no sense in the long run.

Top 5 toughest trucks ever made

Top 5 Most Targeted Cars and Trucks for Catalytic Converter Theft