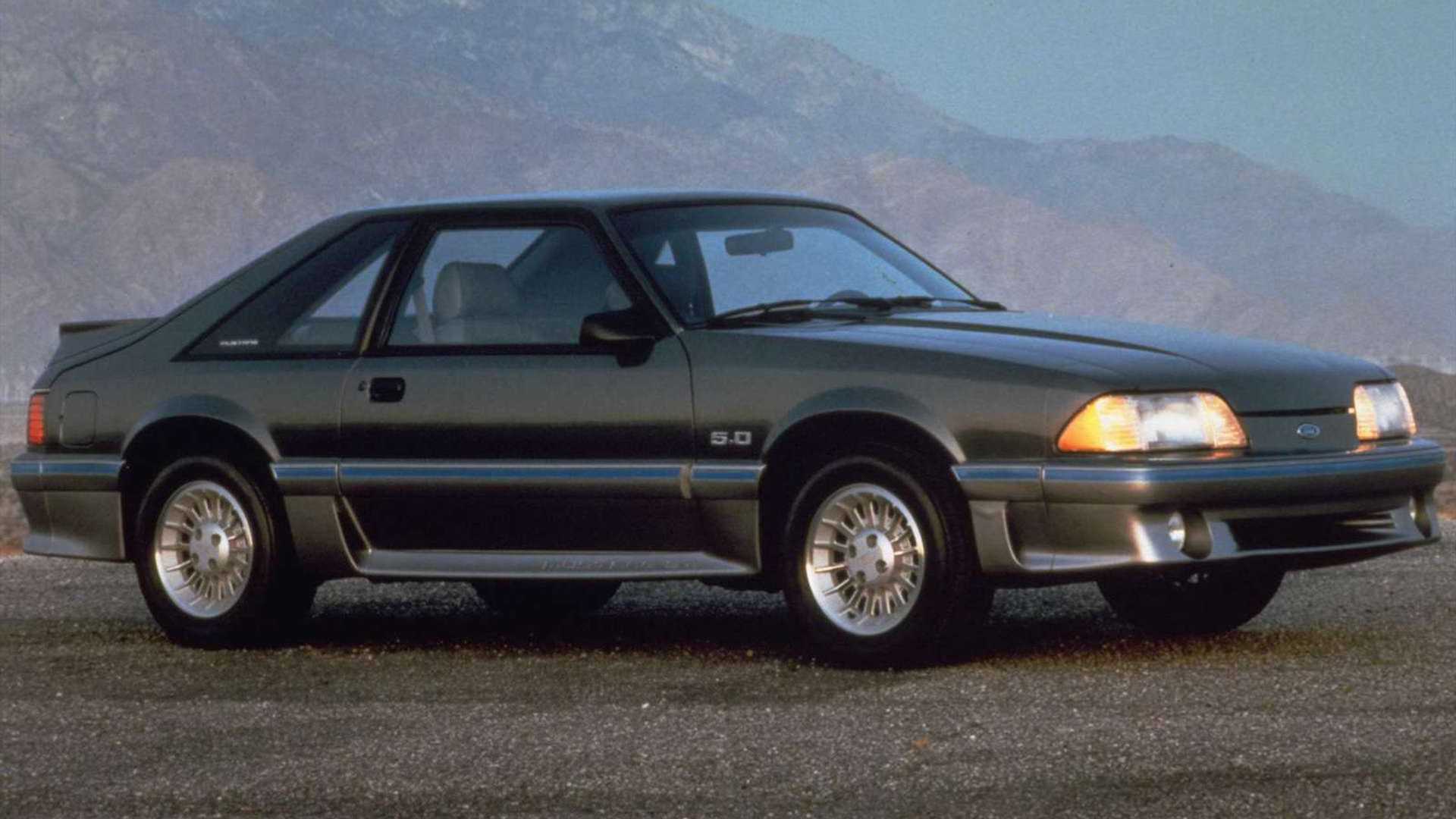 Ford produced the third-generation Mustang from 1979 to 1993. It is frequently known to as the Fox body Mustang and was constructed on the Ford Fox-body chassis. It made waves as it was Ford’s first attempt to modernize the Mustang by creating the Fox platform, which geared the Mustang back to the performance world. It was 200 pounds lighter than the previous generations and sported an all-new interior. Throughout the course of its manufacture, it underwent a number of sub-model iterations, trim levels, and drivetrain configurations. For 1987, it underwent upgrades, giving it the more modern look that the most popular model years carry. The 1979–1986 models, with their quad headlight configuration, and the 1987–1993 models, with their aerodynamic composite headlights and front fascia style, are divided into two categories by enthusiasts.

The breakdown by model year

The Fox-body Mustang spans quite a lengthy time period from 1979 to 1993 and as such Ford put it through several changes through that time period. I’ll break it down in point form by model year:

Independent of what model year you are shopping, you will find the Fox-body Mustang in either a Coupe, Hatchback or Convertible. From there, depending on the model year you can get several different sub-models. I won’t be covering each of them, as some are more popular than the others and frankly it won’t matter much in today’s times. The most popular models of Fox-body Mustangs you will find out there are going to be the LX and the GT. This is the full list:

1979-1988: 2.3L Inline-4 cylinder engine – the smallest engine put into a Fox-body Mustang it produced just 89 horsepower originally. They weren’t very popular due to the low power.

1979-1981: 3.3L Inline-6 cylinder engine – Ford decided to put these in after having success with the engine in other models. It produced 105 horsepower and 156lb feet of torque.

1979-1982: 2.8L V6 “Colonge” engine – originally produced in Germany, Ford decided to include them in the Mustang as well. IT produced 128 horsepower originally and increased to 158 horsepower.

What to look for?

If you are opting for doing your own inspection, or just a sole-inspection without having a shop check it out as well, then there are some things you should consider. This is not a comprehensive guide, but it’ll give you a good overview of the most important aspects of a Fox-body Mustang to consider.

The body underneath – unfortunately the Fox-body Mustangs are prone to rusting so it’s important to check underneath them for rust damage. Make sure you check closely behind the wheels, both front and rear, and check for any signs of cracks or twisting. This will also allow you to see any modifications that might indicate it was a raced Fox-body like they so often are. For example, a custom subframe connector welded on will indicate it was clearly raced.

Panel gaps – at this point the Fox-body mustang you are looking for could be anywhere from 29 to 43 years old, so any example out there is going to have a history. Make sure you take a close look at the gaps between the panels as it’s a great way of judging what shape the vehicle is in. Large gaps would suggest there has been body work done to the vehicle, which is probably the result of some sort of accident damage.

Front struts – open the hood and check the front strut towers for corrosion. If they are smooth or have rust really examine them closer. If the steel appears to be redone there was probably some sort of serious accident damage. If they are really rusted out, you shouldn’t drive it and be prepared to have an expensive or lengthy repair done.

A-pillars – they are a common weak point on the Fox-body Mustang as they were really never designed to handle all the power. You can often find them cracked from body flex, and although not a difficult repair it can be timely and expensive. Make sure the steel does not look like it was worked on, as if it was there likely some serious accident damage.

Doors – the doors on any vehicle tell a lot about the history of the vehicle and the Fox-body Mustang is no different. Open the doors and check the hinges to see if there is any play or rust. If there is play, it could be the sign of accident damage. Make sure when the door closes it smoothly lines up with the frame.

Trunk – these are commonly a week point for the Fox-body Mustang. They do rust extremely easily and you should check both the notch and hatch for rust. Make sure you can open the trunk smoothly. If there are gaps it might not necessarily mean accident damage here, as it’s possible it was replaced due to the original one just rusting out.

Motor mounts – a cheap repair for just the mounts themselves but an expensive repair due to the labor costs. Make sure you get down and check them out closely to ensure they do not need replacing as if you are not prepared to do it yourself it will be expensive.

Which Fox-body should you buy?

This is a largely subjective question that will depend on your budget. With that said, I don’t think you can go wrong with any model year of the LX or GT Mustang.

Like any vehicle, there are common issues to look out for on any Fox-body Mustang. Some of this information might be a repeat from the above “what to look for” section.

5.0L Engine common problems – as this is the most popular engine choice I’ve included some of the most common issues with them. Do not let this discourage you, the 5.0L is a great motor.

Frame issues – as already mentioned, the Fox-body Mustangs are prone to rusting. Make sure you inspect the frame for rust and double check those shock towers.

Cracked dashboards – fairly common issue on Fox-body Mustangs to the point where I’m stunned when I see one without a crack.

Good luck on your search for a Fox-body Mustang!