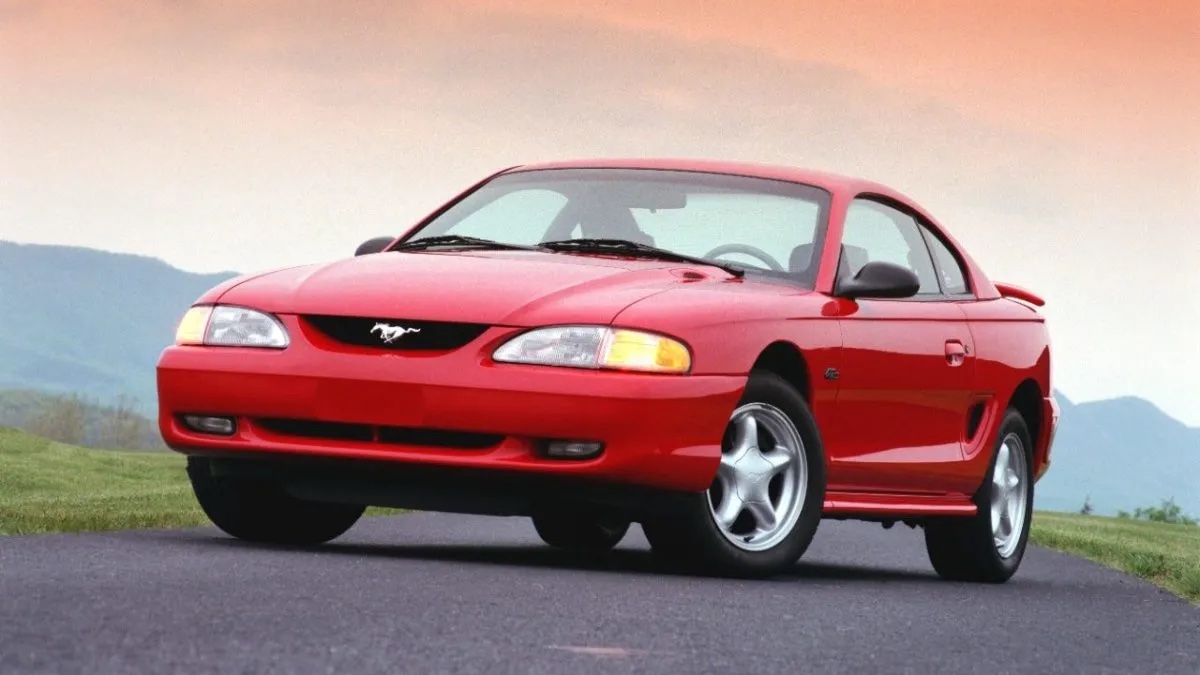 In a world where the automotive industry is in complete turmoil it might be hard to define “cheap” but the SN95 seems to check off all the boxes of a cheap muscle car these days.

SN95 or SN-95 is simply the codename for the fourth generation of the Ford Mustang. During production, Ford guarded the replacement Mustang closely and came up with the codename of SN95 themselves for the new model.

The fourth generation Mustang was manufactured from 1994 through to 2004 model years. In 1999, the SN95 received a facelift that was dubbed the “New Edge” Mustang which saw production through from 1999 to 2004 model years. While the New Edge Mustang is also still a great buy, I’m going to specifically stick to the SN95 made from 1994 to 1999 as I believe it gives you the best bang for your buck.

When Ford launched the SN95 they of course released several different trims of the Mustang as they had done in previous years. This included a base Mustang which featured the 3.8L OHV V6 engine which produced a 145 horsepower and 215lb feet of torque. Those numbers are weak and cannot be considered muscle car figures. Although, depending on the price of the model you find, it might be worth picking one up and swapping a V8 motor into because, well, cheap muscle car! Keep in mind, Ford carried the great handling characteristics, anti-roll bars, four-wheel disc brakes, and other suspension enhancements through all the different trims.

The sweet spot on any SN95 Mustang will be the Mustang GT which Ford carried over the 302CID pushrod small-block 5.0L engine over from the 1993 Ford Mustang GT. This motor produces 215 horsepower and 285lb feet of torque. This allows the SN95 Mustang GT to do 0-60 in about 6.5 seconds and the quarter mile in 15 seconds. These aren’t mind-blowing numbers these days but not bad for a 20-30 year old car! In 1996, Ford dropped the 302 CID small block V8 and introduced the Modular 4.6L SOHC V8 engine. They still made about 215 horsepower and 285lb feet of torque. In 1998, the 4.6L received a performance bump and pushed out 225 horsepower and 290lb feet of torque. The SN95 Mustang GT will also feature better handling suspension than the other trims and a 3:08:1 rear axle, dual exhausts, and nicer wheels.

There is also a one-year model unicorn that is referred to as the Mustang GTS, produced for 1995. This is essentially a stripped-down version of the Mustang GT that included the performance parts of the GT model without all the fluff. If you were looking for a fox-body 5.0 LX, this would be the closest equivalent in the 1994 model year.

So why is the SN95 still great? Well, it retains those old-school muscle car roots with a nice V8 engine and a solid rear axle. Even if you end up finding a 4.6L V8 SN95, you are still getting a fairly easy motor to work out that is relatively reliable and will put out power. Which gets me to my next point, the SN95 Mustangs are very easy to bump up in power. The aftermarket world for both these engines is endless, and there are ton of other performance enhancing parts you can find easily and cheaply.

The SN95 also retains some muscle car appearance on the exterior and is generally a good-looking car. The interior is comfortable and as someone who has daily driven a SN95 I would have no hesitations in doing so again and again. These are easy to get behind the wheel of and enjoy the purr of the V8 (whichever option you go for) as you cruise comfortably.  For those that car, it could also be noted that the 1994 Ford Mustang GT was named the Motor Trend Car of the Year.

But is it still affordable? Heck yes. The SN95 is easily still the most affordable “muscle” car of that era. You can find these all day long in the $5,000 to $8,000 price range in decent condition with a 5-speed manual. That’s fairly cheap these days and that’s just from a quick search. I’m sure if you really dove into you could find these in the $4,000-$5,000 range. Get one while you can though, these will climb in price quickly over the next little bit.

Why you should buy an EcoBoost Mustang over a V8