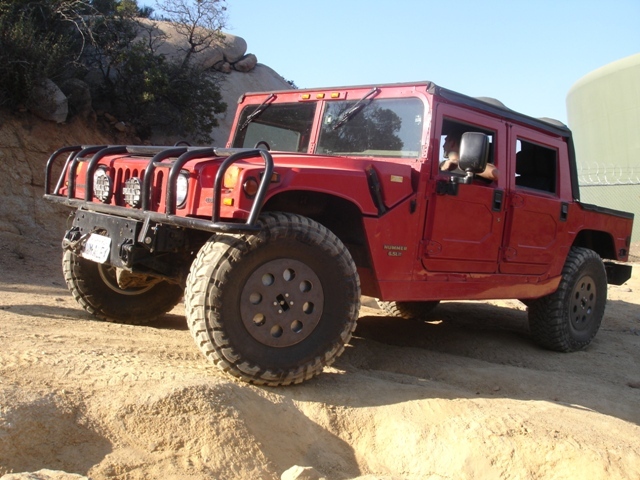 With all the talk about the GMC Hummer EV that is due to come out in the near future, I thought it would be a good idea to get down to it’s roots.. the Hummer H1. Back in the early 90s, a company called AM General, who was mostly making military vehicles at that point, decided to branch out to the civilian market. In March 1992 the Hummer H1 would hit the market and take off running thanks to attention from Operation Desert Storm photos and a media campaign featuring Arnold Schwarzenegger.

The Hummer H1 was available in 3 variants, a soft top, a four-door hard top, and a Alpha Wagon. There was also a two door pickup truck and a four-door slantback, which used the same body style employed by the U.S. military. Further more you could get it in 5 different engines:

The Hummer H1 was obviously a very large vehicle that catered to a specific market and thus sales numbers were exactly out of this world. It’s believed from 1992-2006, 11,818 H1s were produced. Their best selling year was 1995 when they sold over 1,400 units.

The name was killed off and replaced with the H2 in 2006, and the H2 was adjusted more for the civilian market loosing it’s ties to a truck of military life. That is until now, with the GMC Hummer EV which looks to be restoring the Hummer name brand back to the military roots.