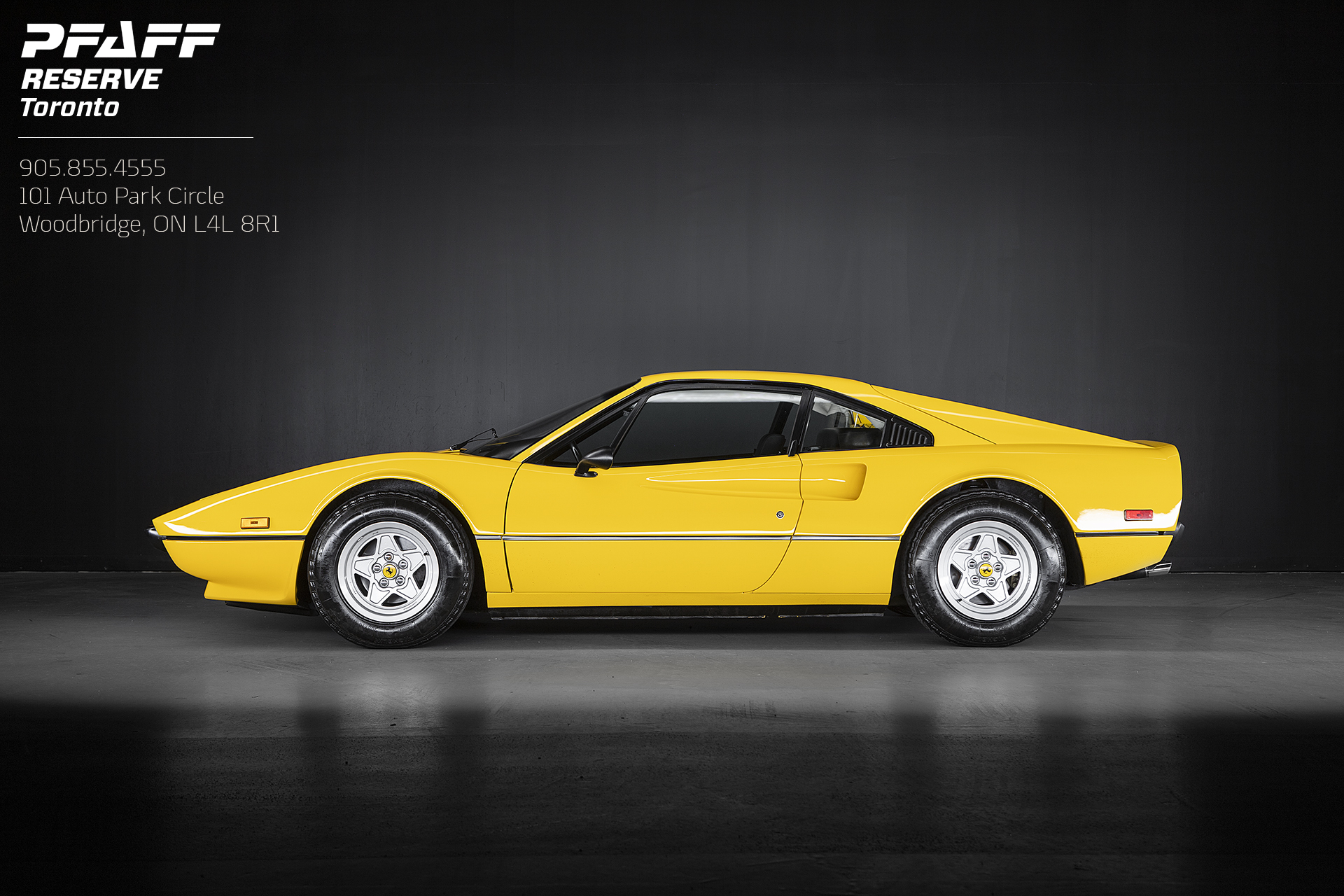 A friend sent me this one in today, knowing that the 1976 Ferrari 308 GTB Coupe is one of my favorite Ferraris of all time. They 308 was introduced at the 1975 Paris Motor Show and allowed Pininfarina to step in as a designer. What a job he did, with the modernized for the time pop up headlights, the low slung windshield and the now signature quad tail lights.

This is a 1976 vintage so it also has the infamous Fiberglass Reinforced Plastic body construction, rather than the heavy steel body Ferrari switched to in 1977. That’s a pretty rare and important detail as the steel has over 300 pounds to the weight of the car. It’s even more important when you factor in that there just 808 known examples of the 308 left.

The seller, Pfaff Reserve in Woodbridge, Ontario notes some history on the car: “This example here was delivered new Feb 9th, 1977 out of Grab Prix SSR Co in New York State. The car would remain in The US until eventually being imported into Ontario in 2010. Extensive Service Records exist from 2010 to 2020 showing a series of services. The car also retains its factory books, tool kit, spare tire and jack.”

Someone buy it before I mortgage my house. More details here.