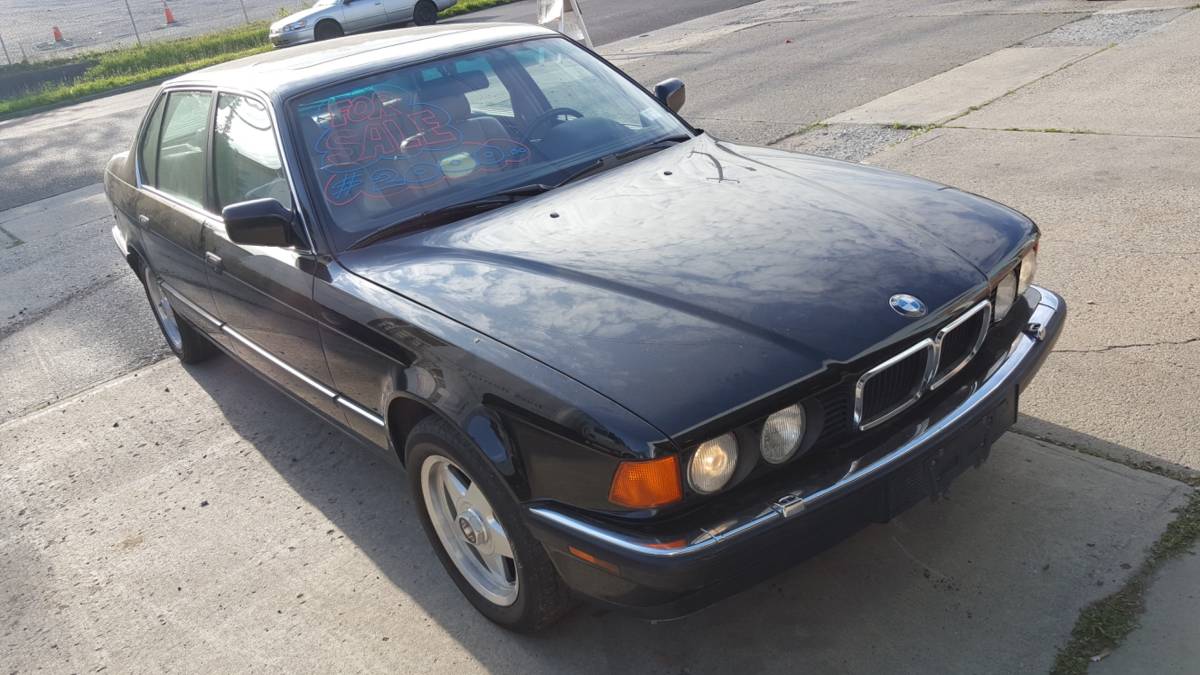 The BMW E32 is the second generation of the legendary 7-series line up and it was offered from 1986 until 1994. It was first offered with straight-six or V12 engines and succeeded the E23. V8 engines began available in 1992. The E32 was one of the most cutting-edge automobile series of its time from the start.

If you are looking to purchase one, there is a great deal out of Westchester, NY! Someone is trying to sell there 1989 BMW 750iL with 146,000 miles. The seller notes it has a black exterior with a tan interior finish. Like all the 750iL’s, it features an automatic transmission and RWD. It is important to note, this is a 750iL so that means you are getting a fairly top of the line model here. The 750iL features goodies such as integrated phone, a fax machine, wine cooler, and electronically adjustable rear seats for rear passengers. That’s right, your rear passengers ride in full comfort and they also get radio controls. Not bad for a car made in 1989!

The seller notes that the windows and power seats have stopped working, but it does run and drive. Allegedly the body is rust free so it sounds like there are just some electrical issues to sort out. From the pictures, the body and interior do appear to be in decent shape.

The best part of the whole deal, is this thing apparently has a clean title. You can find the ad here.

There is a 1971 Plymouth Fury for sale