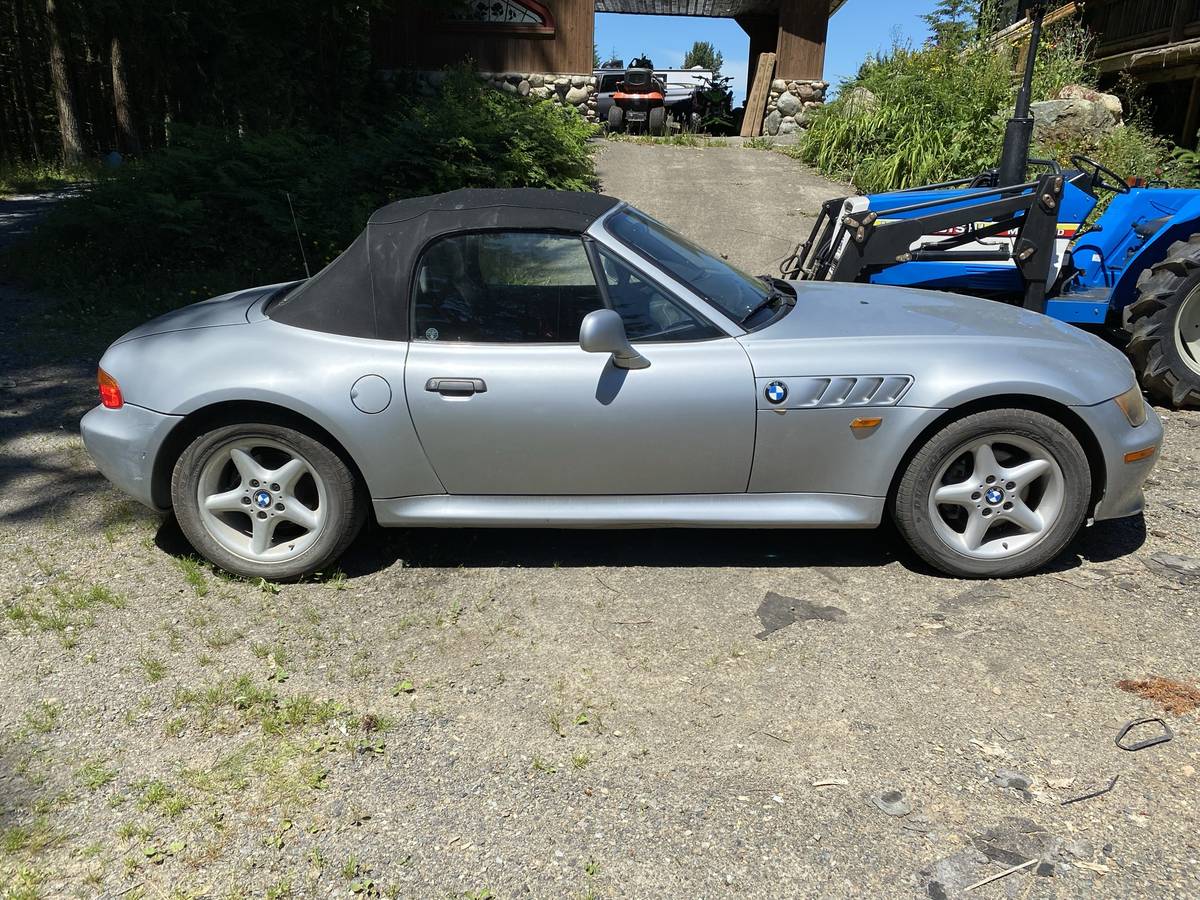 If you are in Seattle or willing to make a drive, and looking to have some convertible fun this summer, I have a deal for you. There is a 1998 BMW Z3 for sale on Craigslist that apparently “runs great” and has “less than 5000 miles on a rebuilt motor”. It is finished in silver and has a manual transmission mated to the 6 cylinder engine.

BMW launched the Z3 in 1995 and it ran production until 2002. They made two styles of the Z3 including a 2-door roadster (as the one for sale here) and a 2-door coupe. These are great handling, fun cars that are built on the E36 3 series platform and use rear semi-trailing arm suspensions. The 1998 model year was the last of the pre-facelift vehicles produced and introduced the Coupe model. BMW also added rollover hoops and automatic stability control (ASC) as a standard feature on the Z3s. Finally, a hardtop shell option became an option for the roadster models.

For this specific one, the seller notes that while it runs and drives great it does need some cosmetic work. It apparently has a total of 150,000 miles on it. Since it is equipped with the inline 6 cylinder engine you are getting a 2.8L motor that produces 189 horsepower with 203lb feet of torque. Those numbers aren’t going to blow the doors off, however keep in mind this is a vehicle that has a curb weight of about 2,600 pounds. But for $3,500 can you really complain about a running, driving, and stopping car these days? Especially one as fun as the BMW Z3.

You can find the deal here.