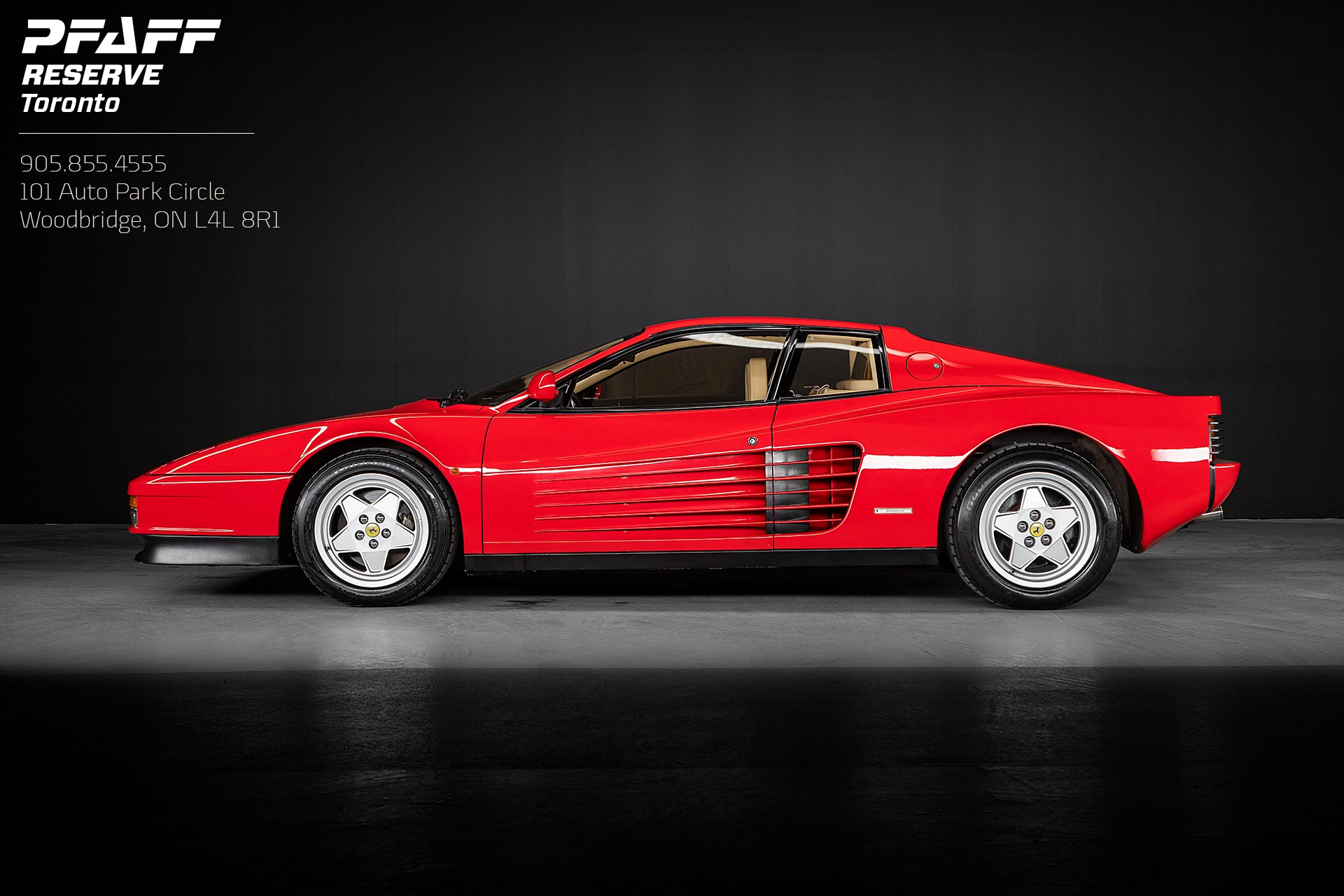 The Ferrari Testarossa may have been made famous by appearing in Miami Vice but there is still a lot to love about this car. The numbers on these definitely show as they are becoming harder and harder to find in good condition for not so ridiculous prices.

The Ferrari Testarossa (aka Type F110) was a 12-cylinder mid-engine sports car manufactured by Ferrari in 1984. It was the successor to the Ferrari Berlinetta Boxer. The Pininfarina-designed car was originally produced from 1984 to 1991, with two model revisions following the end of Testarossa production called the 512 TR and F512 M, which were produced from 1992 to 1996. Including revised variations, almost 10,000 cars in total were produced, making it one of the most mass-produced Ferrari models.

Pfaff Reserve in Toronto, Ontario is selling a 1988 vintage with just 15,350km, or approximately 7,000 miles. This one is finished in the Rosso Corsa red and has a brown/beige interior. The 12 cylinder engine is mounted to a 5 speed transmission so you can row your own gears (standard and only option transmission on these). This one looks like it’s been very well cared for and maintained.