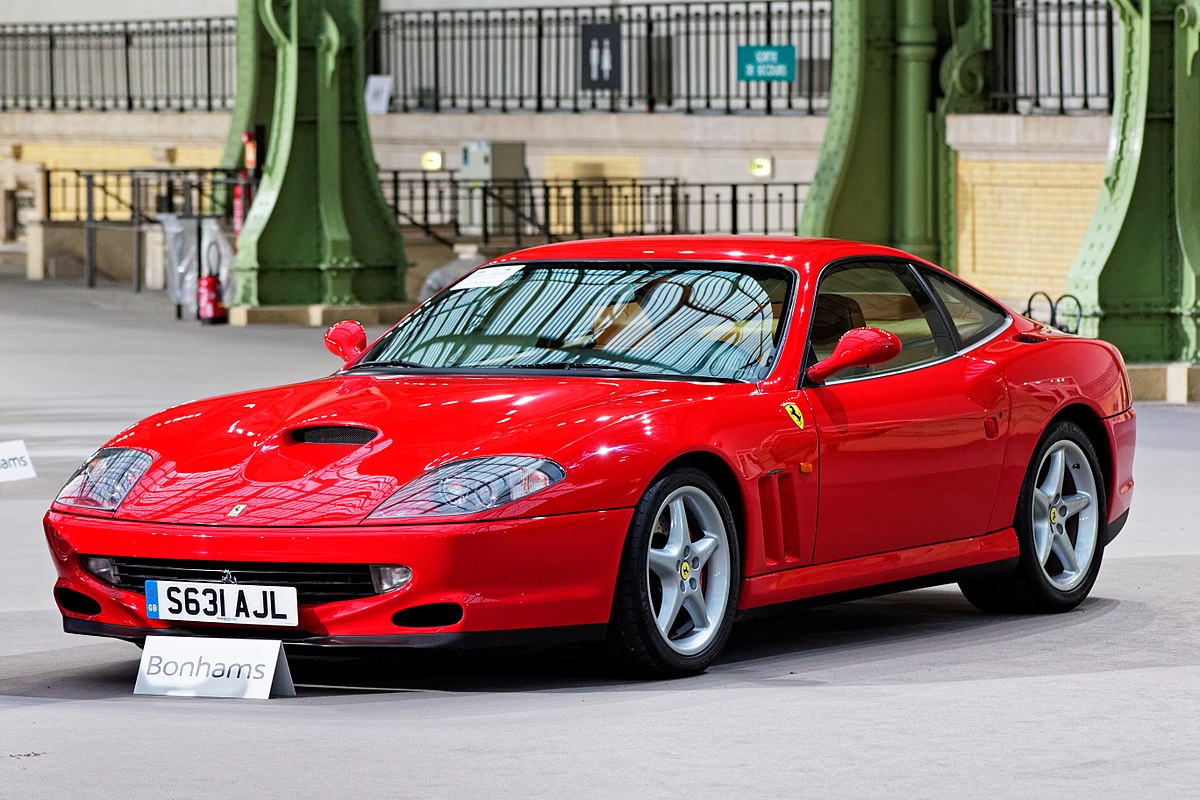 The Ferrari 550 Maranello is one of the more popular Ferrari’s due to it’s Hollywood fam. The car was featured in block busters like Bad Boys II and Men in Black. The Ferrari 550 Maranello was produced from 1996 to 2001 and was a front-engine V12 2 seat grand tourer. The vehicle was Ferrari’s return to a front-engine, rear-wheel drive layout it so it was also unique in that sense.

The entire chassis was a tubular steel space frame and had aluminum body panels were soldered to it. The Pininfarina-designed body was designed to work with the double wishbone suspension to maximize handling. The entire thing was powered by the F133 A engine which is a naturally aspirated V12 producing 478 horsepower and 419lb feet of torque. All of them were mated to a 6 speed manual transmission.

All in all, the 550 Maranello had a top speed of 199 miles per hour and could due 0-60 in 4.2 seconds. It also did the quarter mile in just 12.5 seconds at a speed of 116.9 miles per hour. These numbers might not be too impressive these days but at the time they were fast, especially when you consider this was a vehicle meant to be a grand tourer.

All in all, the 550 Maranello did well for itself from Hollywood to motorsport, even Michael Jordan drove one. These days you can find great examples of the 550 Maranello for about $120,000-$140,000 with miles in the range of 15,000-20,000. Keep in mind, these will become more desired as the collectors start to jump on them more.