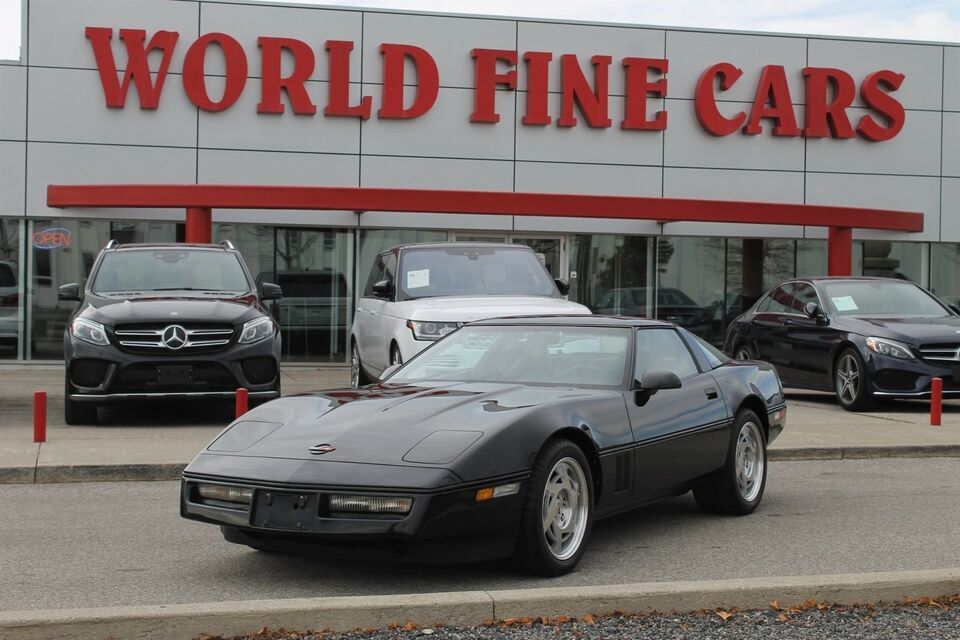 The Chevrolet Corvette (C4) is a sports car produced by American automobile manufacturer Chevrolet from 1983 to 1996. The convertible returned, as did higher performance engines, exemplified by the 375 hp LT5 found in the ZR-1. In early March 1990, the ZR-1 would set a new record for the highest 24 hour-5,000 mile land-speed by going over a speed of 175 mph (282 km/h). Prices rose and sales declined, in spite of a completely new chassis, modern sleeker styling, and other improvements to the model. The last C4 was produced on June 20, 1996.

This example is a 1990 vintage finished in black. It has the 6 speed manual transmission and just under 40,000 kilometers on the clock or approximately 24,850 miles and is listed ass accident free.  This one is easily one of the best condition C4s I’ve ever seen. It is located in Toronto at the World Fine Cars dealership with a “Call for Price” tag. You can find it here.

What is the Chevrolet Camaro Berlinetta?