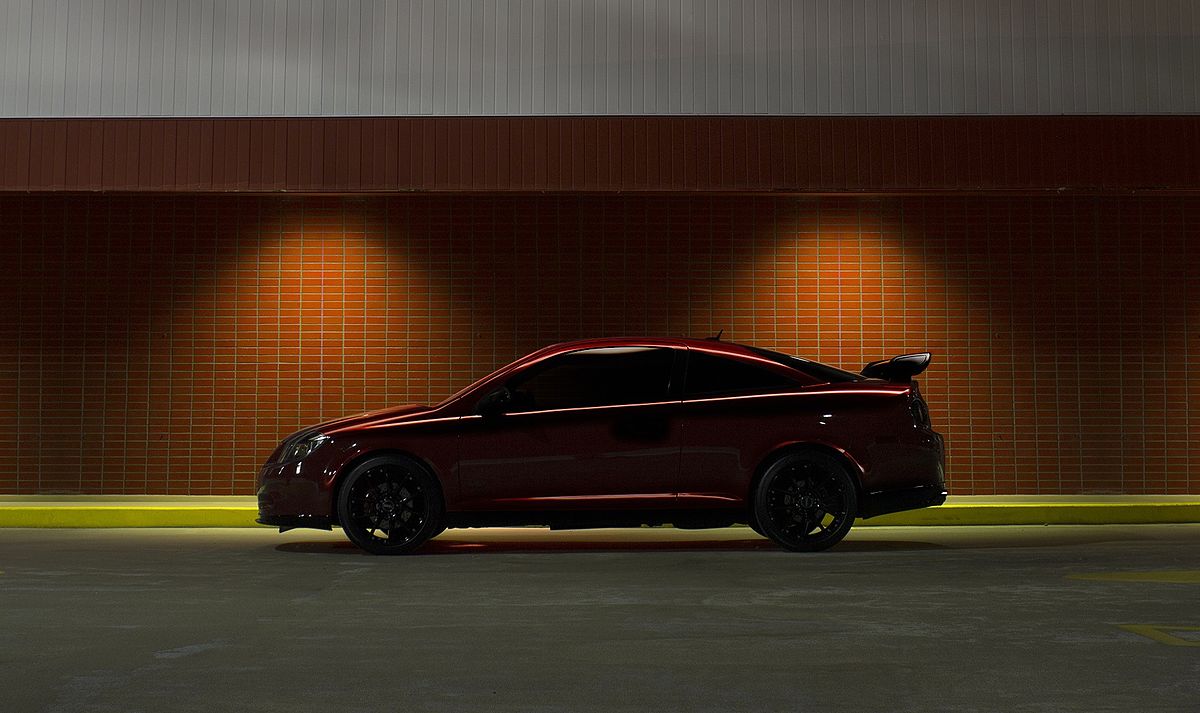 Back in 2004, General Motors was trying to break into the compact car world and replace the Cavalier which had been a modest success but could not compete with the Honda Civic SI, Acura Integra, or other compact legends. Under the Chevrolet brand, GM decided to launch the Cobalt with several sub models. I will break the suspense and tell you now that all the other versions of the Cobalt (LS, LT, etc) will never be cult classics.

However, GM also created the Cobalt SS and in 2005 the first versions launched. For the 2005 and 2006 Cobalt SS coupes you’ll be able to get a 2.0 litre 4 cylinder supercharged motor with a 5 speed transmission and front wheel drive. The engine, LSJ, also known as the Ecotec 2.0L made 205 horsepower and 200 ft-lb of torque. Still not impressed? It had a 0-60mph time of 5.9 seconds and did the quarter mile in 14.4 seconds.

In 2007, GM made an announcement and advised the future Cobalts would be powered by a turbocharged engine rather than supercharged engine. This motor was still based on the Ecotec engine design, dubbed with the codename LNF, and came turbocharged. This motor made 260 horsepower and 260 ft-lb of torque. You’re still getting a 5 speed manual transmission. It had a 0-60mph time of 5.5 seconds and did the quarter mile in 13.9 seconds.

Unfortunately, in 2010, GM killed the Cobalt line up as it restructured it’s compact model lineup. Cobalt sales were not record breaking, and many dealers had to blow them out. Consumer Reports on reliability were also not spectacular but most of these were based on the 2.2 and 2.4 engine models, and most issues were not power train related. Many issues were had with cheap components and customers complained about interior pieces breaking mostly.

But remember, the Cobalt SS is different. GM made sure that better components were used in all aspects from the suspension to the higher quality interior. The suspension itself on these vehicles was tuned on the Nurburgring. It’s exactly these little adjustments, combined with one heck of a powerplant that make it a future classic if you can find one.
Which brings me to the most difficult part. Unfortunately, most Cobalt SS models end up as very cheap cars. In turn, this meant they ended up in the hands of cheap owners who did not maintain them very well. Most of these vehicles now will have high miles and/or be in rough shape. But the good news is that you can find them for cheap. A quick search on Autotrader shows an average price of about $4,900 for a 2008-2009, Cobalt SS, with 140,000 miles and the 5 speed. That’s not terrible for how much car you are getting.

These are fun cars, that you can engine the heck out of even stock. I have no doubt that they will be classics in the future whether you go supercharged or turbocharged. Although, I would personally recommend you try to find a turbocharged engine.