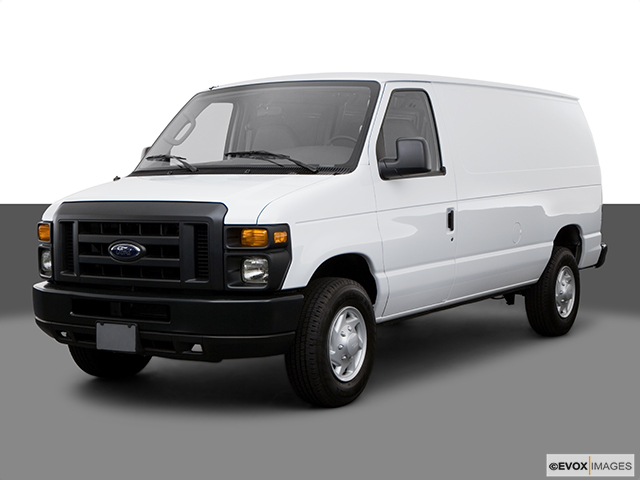 Yeah that’s right, the Ford Econoline van… as an overland vehicle. Just hold for a minute while I explain. While the Econoline has done a fantastic job being the vehicle of choice for various trades people such as plumbers, delivery drivers, mobile mechanics, and moving/van rental companes, it has also serviced some “speciality” fields as well. Media companies use it to setup live TV feeds, scientists deploy it as a mobile office, and law enforcement uses it as both a surveillance vehicle and “apprehension” vehicle. And now, I want you to think of the Econoline as a great choice for an overland build.

Now before we get to into it, you won’t find any new Econolines because in 2014 Ford killed it in favour of replacing it with the Ford Transit. As of 2019, you can purchase a fleet Econoline cutaway version, but apart from that you’re best to look at the used market anyway.

For starters you can convert an Econoline to 4×4 with probably less work and money then you’d imagine. The best part is there are tons of guides online in great detail on how to do this. See here. Estimate about $2,500 for a 4×4 conversion.

Depending on which model year (and how much you want to spend) you can find a solid Ford E-350 Econoline in either a V8 gas (either the Navistar or Triton) or a diesel variant featuring the Navistar 7.3L. I’d personally go for the 7.3L diesel, which is a Ford PowerStroke engine. It’s reliable, parts are cheap, and it’s easy to work with.

The rest of it is up to you. A standard Ford E350 has about 278.3 cubic ft from the driver’s seat back. That’s plenty of room for all your gear and a solid configuration for what you want inside. You can also hunt down an extended version if you’re really pressed for space. I’ve seen builds ranging from $5,000 to $50,000 with these, again depending on how crazy you want to get it. This is still a relatively “cheap” option compared to other vans such as the Sprinter which are far more expensive and tighter for space.

6 Basic tools everyone should have in their vehicle