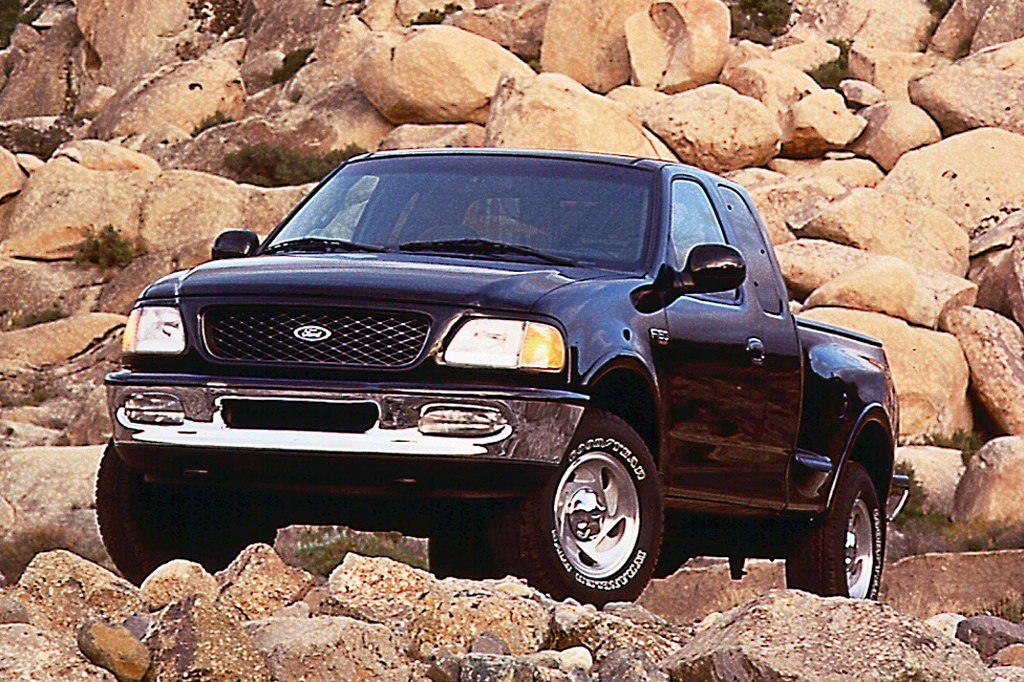 The used car market is nuts right now and routinely I am being asked by folks who need a truck what they should do. Many new trucks aren’t on the lots or the prices have been jacked up so buyers in a pinch are forced to look used. At time same time, some new truck buyers have literally been priced out of the truck market, so where does that leave all of these folks?

Well, there are a few used options that you can certainly look at, however today I’m going to tell you about a great choice if you just need or want a truck for truck things. The tenth generation Ford F-150 made from 1997 to 2004 is the truck you should look at and for good reasons.

For those unfamiliar with the tenth generation of the F-150, it was the first ground-up redesign of the F-Series since 1980. With it, Ford introduced an all-new chassis and new body. At the time, this was revolutionary and also became the basis for Ford’s full-size SUVs such as the Expedition and Lincoln Navigator. Ford then also retired the Twin I-Beam front suspension and introduced a whole new suspension system along with an entirely new engine lineup. But the most important change and one that could be regarded now as a head of its time was Ford’s introduction of a rear door to the SuperCab trucks and later on in the model years two full rear doors for a SuperCrew truck. Prior to this change, trucks were largely two door trucks.

While the tenth generation F-150 at the time was not well received by traditional truck buyers due to the areo-dynamic styling and softer car-like ride, it is sought after now. Ford sold the tenth generation F-150 in several body styles including the two-door regular cab, the three-door SuperCab and later the four-door SuperCab (after 1999). As far as bed sizes you could get either a 6.5 ft bed or the 8 ft bed with either a choice of Styleside or Flareside beds. And don’t be fooled, these did well on the market selling over 900,000 units by 201 and winning Motor Trend’s Truck of the Year on launch in 1997.

So why are they a great buy right now? They are pretty much the only used truck on the market that has not been hit by the COVID tax too badly. Sure, styling is down to a personal preference and I know these are still regarded as less desirable due to their styling, they basically haven’t aged well. But you can easily find decent examples of these trucks for $4,000 to $6,000 with almost the exact configuration you’d like thanks to the sheer numbers they were sold in. So, they definitely hit the price and availability criteria on the head.

If that doesn’t do it for you then maybe the reliability aspect will. You will find the tenth generation F-150 in one of two engine choices, either the 4.6L Triton V8 or the none 3 valve 5.4L Triton V8. It is important to note it is the none 3 valve 5.4 which is a far more reliable engine. Same with the 4.6L Triton V8 which is a rock-solid motor, and both of these engines are easy to maintain. Sure, there are some minor spark plug issues with the 5.4L Triton but that is an easy fix and a rather minor issue to deal with.

If you are in the market for a truck, consider the tenth generation F-150, you’ll be glad you did.

Why a Dodge Ram Cummins 12V is a great buy