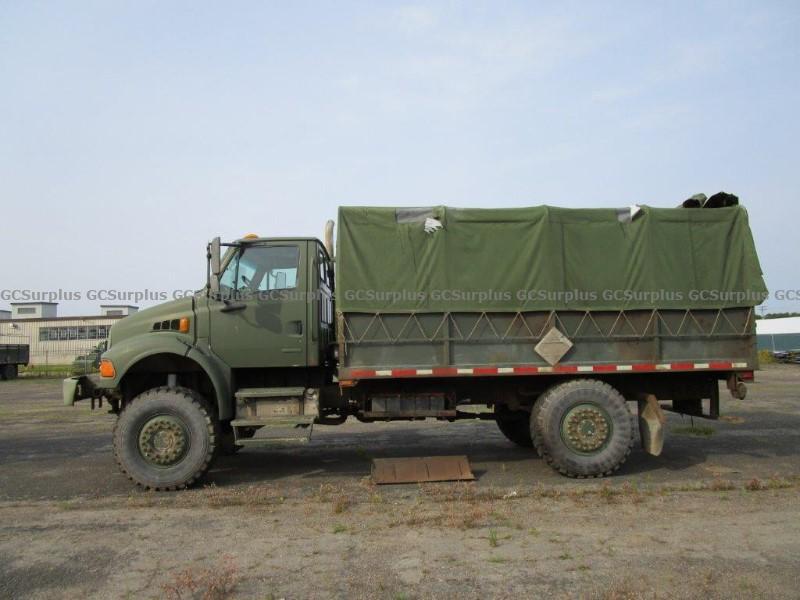 We have written about these before as the Canadian military is in the process of replacing some of their trucks. As a result of this, their fleet of Sterling Acterra trucks is turning over. For those unfamiliar, Sterling (officially Sterling Trucks Corporation), is an American truck manufacturer that ended up changing hands several times before it was bought out by Daimler-Benz. The company ended up getting merged into Daimler Trucks North America. In 2008, due to economic turbulence, Daimler Trucks North America announced they would discontinue the entire Sterling line, merging whatever was useful into the Freightliner and Western Star brands instead. In March 2010, Sterling closed its final plant.

A rather unfortunate faith for a true American trucking company that developed some interesting trucks. Specifically, Sterling was awarded military contracts numerous times to produce vehicle for troop and equipment movement. Their most popular series for military use was the Sterling Acterra which was a Class 5-8 medium-duty, L-line cab truck. The Canadian military purchased several of these trucks and here today is a 2006 vintage of one of them.

This truck features just 33,153km (yes KILOMETRES not miles) on the clock of a L6 Diesel 7.2 litre engine. This is a Cummins L-Series diesel so you know it’ll pretty much run forever if remotely taken care of which is probably why the military relied on it. This particular example is a 4×4 variant painted in military green with a flat bed and a tarp.

The auction listing advises that the truck will run with a boost so it most likely needs a new battery and the tarp is torn in some spots so you’ll need a new one of those should you want to keep it in the current configuration. Apart from that the only other faults the listing provides is that there are minor scratches and dents and some rust forming but nothing out of the ordinary for a 15 year old truck that was used by the military.

If you are interested, the listing can be found here. Current bid is $10,200 Canadian.

The Canadian military is again auctioning off Landrovers, and they are still cool

The Canadian government is auctioning off more Land Rovers