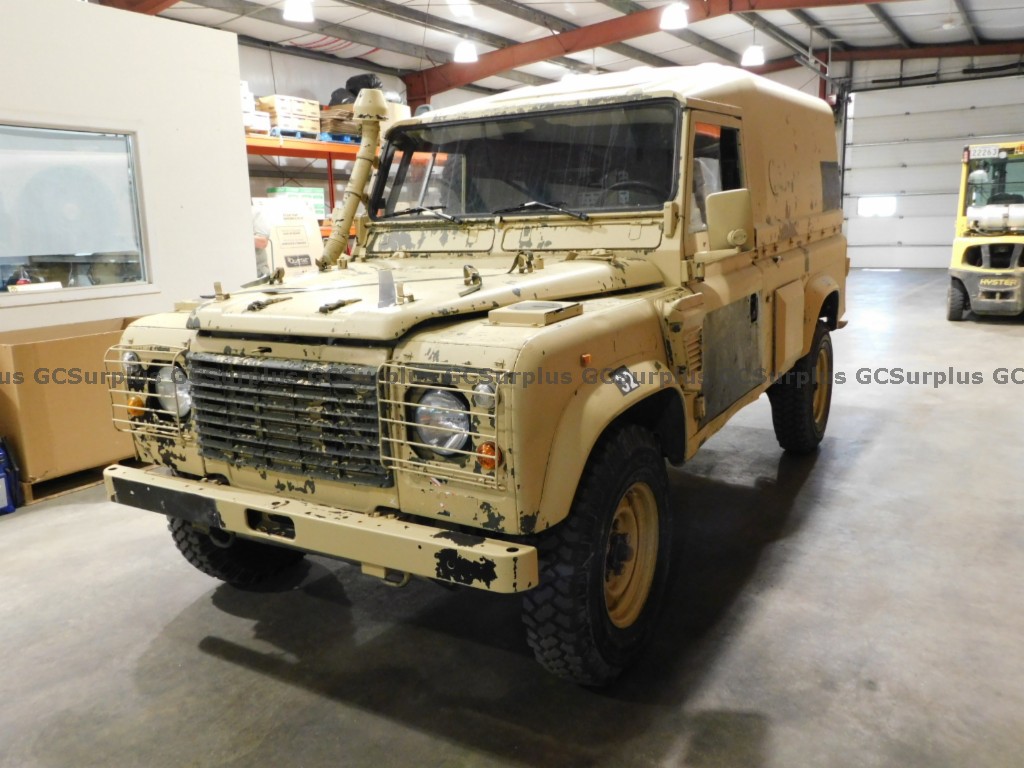 The Canadian military is know as one of the forces around the world to have used/continue to use Landrover vehicles for deployment. These vehicles have run their course and the military is finally ready to give these Landrovers a new life.

In this case they are auctioning off a 1997 Landrover Wolf. The Land Rover Wolf is a light military vehicle that is based on the Landrover Defender that was introduced in 1994. The Wolf did not start production until 1997 however and was introduced as a Truck Utility Light and Truck Utility Medium vehicle. These are still in service in parts of the world and they have seen action most recently in Afghanistan and Iraq.

This example of the Landrover Wolf is a 1997 vintage with 143,710km (or approximately 70,000 miles). It features a 2.5 liter turbo diesel engine which is mated to a 5 speed manual transmission. Included is a 4×4 drivetrain and this one comes with one key. The vehicle is located in Suffield, Alberta and appears to be a Wolf Winterised and Waterproof Field Ambulance. This one has a couple issues which they have noted in the listing including:

The Canadian government is auctioning off more Land Rovers