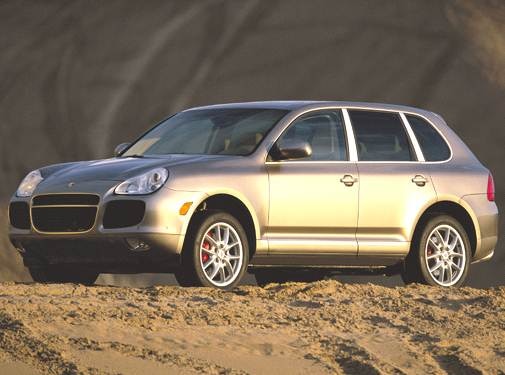 2021 has been a strange year and it’s getting stranger, the Porsche Cayenne is becoming a collectible, specifically the first generation of the Cayenne, aka the 955. For those not familiar with the Cayenne 955, it was the first generation of the 9PA Cassis E1 and was manufactured from to 2003 to 2010. There were several different engine options depending on which model year and  trim you selected but they ranged from the 3.2L VR6, 3.6L VR6, 4.5L V8, 4.5L TT V8, 4.8L V8, and the 4.8L TT V8.

The Cayenne was received with mixed reception with people either loving or hating them. Either way, the Cayenne quickly became known as the performance SUV with good handling and powerful engines in the SUV class. Which was great for sales as the Cayenne actually did fairly well with sales volume. However, the down fall was that they didn’t age well to most, and the maintenance costs were sky high. I’m not kidding, these cars can be money pits to keep on the road.

This is largely due to some of the designs Porsche used in the Cayenne such as putting plastic coolant pipes in the hottest part of the engine which overtime will fail. There are also common known issues that simply just fail like the Cardan shafts, steering columns, transfer case problems (limited to model year) and air suspension issues. The problem is all of these issues are common and none of them are cheap. If your Cayenne has an air suspension, it’s almost cheaper to replace it with springs than to fix the system. But the main problem with the Cayenne is that everything is a time consuming task so even if you can do it yourself or find a shop that doesn’t cost a fortune it will cost in time. For example, replacing the battery in the Cayenne requires you to unbolt the driver’s seat to swap in a new battery which is located underneath the seat.

As a result, Cayenne prices had plummeted on the market with dealers having a hard time selling them. These prices were driven even further as once the Cayenne’s changed hands on to their second, third and so on owners they were given less maintenance due to its cost. These Cayenne’s became neglected and as a result aren’t in a position to demand a better price.

But now, there is a rise in Cayenne prices. I remember when 2 years ago you could find sub-decent Cayennes in the $3,000 range. Mind you they would be the base 3.2L VR6, but that’s not bad at all considering the pedigree of these. However, those times are now gone and people are buying these and taking care of them finally. Prices are still reasonable and if you spot one you should jump on it. The Cayenne is a very off-road capable SUV that features excellent styling. This is still a family oriented vehicle that can easily fit your family but allows you to have fun, especially if you grab one of the V8s. The good news is that the bodies are built well enough that they haven’t rusted out so you can find ones that might need some work but aren’t completely rusted out.

If you are going to grab one of these before their prices get out of the range do yourself a favor and find a Cayenne S. At least you’ll have the bulletproof 4.5L V8 engine that won’t require nearly as much work as the other ones.