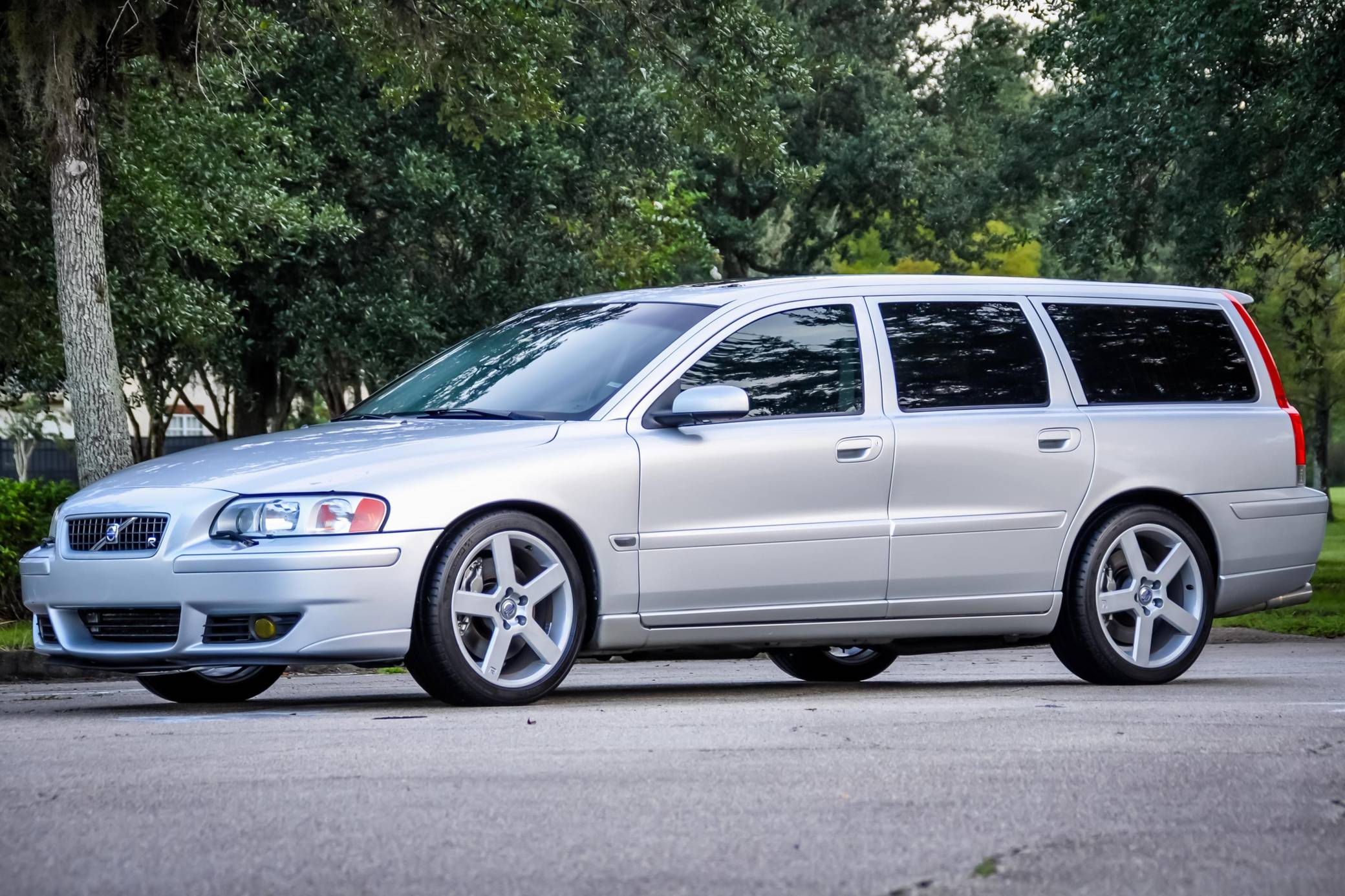 The Volvo models that came out in the early 2000s were revolutionary in the world of Volvos. They were models that focused on making the cars less boxy, and Volvo genuinely put a lot of money in marketing them in North America. Their efforts really did pay off and the vehicles were making traction in the North American market. But one model in particular has been largely overlooked, the Volvo V70R.

The Volvo V70 was considered a luxury or executive car with the V letter standing for versatility and the 70 standing for the platform size. The V70 was consider a 5-door crossover, essentially a wagon, as that was offered in front-wheel drive or all-wheel drive options. Of course, Volvo offered the V70 in several trim options which meant there was something for every buyer, but in particular they offered one special model, the V70R.

The V70R was offered for the first generation of the V70 as well but the second generation was far better. Volvo was offering the V70R as a high-performance version of the V70. Although the second generation of the V70 was launched in 2000, the V70R did not make an appearance until 2003. Luckily, it was worth the wait and Volvo continued producing them as the second generation until 2007. Volvo offered it with a Haldex based all-wheel drive system and the legendary 2.5L turbocharged five-cylinder engine pushing out 296 horsepower and 295lb feet of torque. This was a vehicle that would do 0-60mph in just 5.9 seconds. Volvo offered them in either the M66 six-speed manual or an Aisin AW55 five-speed automatic transmission, and naturally the one you want is the six-speed manual. Later models were offered with a six-speed automatic transmission that compete with the manual transmission in terms of performance.

Volvo then took the V70R and threw a few more options such as high-performance brakes made by Brembo. They also made Volvo’s 4C multi-mode suspension developed by legendary suspension experts Ohlins. This allows drivers to choose from three different settings that will allow the drive to change the cars handling depending on the driving style and road conditions. It was well rated and reviewed but the sales numbers were of course not astronomical. It’s a shame because these MSRP for around $40,000 and went toe-to-toe with wagons such as the Audi Avant (with a V8 engine).

What’s the market like now? Well, these things are going for $20,000 in good clean condition, all day long. Most of these cars have been well maintained because Volvo owners are generally crazy about keeping their cars up to date but also because it really doesn’t cost much to keep them running. With a dedicated ownership base, low maintenance cost, and an overall reliable vehicle you end up with a large pool of used options. That’s insane, considering how hard it is in today’s automotive world to find a vehicle that offers a six-speed manual and performance soul that you would get in one of these. Don’t forget, you are also getting almost 300 horsepower which for even today’s time is very respectable. I promise you, these will only continue to go up in cost from here as they are picked up.

The Volvo 850 is a future classic