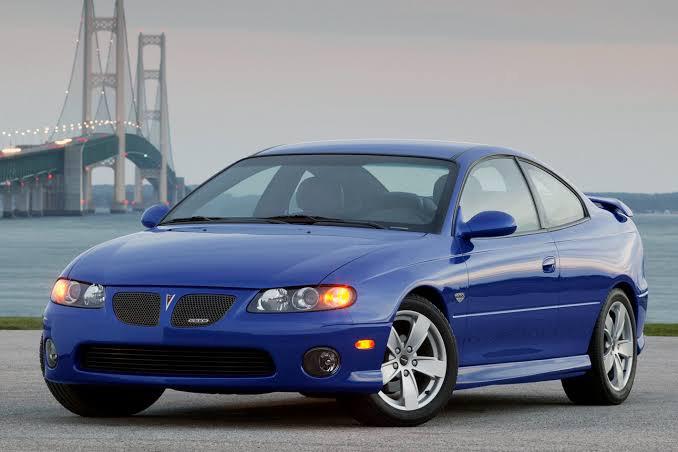 It’s easy to assume that anything with the legendary GTO name plate is going to be a classic, but the 5th generation Pontiac GTO came out well after the last one in 1974… and that one wasn’t exactly a standout. In 2004, Pontiac launched the GTO in the U.S. market as a form of a rebadged 3rd generation Holden Monaro.

This revival was prompted by then GM North America Chairman Bob Lutz who was impressed by the Car and Driver review of the Holden Commodore SS published around mid 2000. The model was praised for being a v8 powered, rear-wheel drive vehicle but knocked it as it could not be purchased in North America. Eventually Lutz was able to convince the company to import it and thus the Pontiac GTO was reborn again.

The 5th gen GTO was assembled still in Australia in GM’s Holden Plant. In 2004, it came equipped with the 5.7L LS1 V8 engine and you had the choice of a 6-speed manual or a 4-speed automatic. It came with all the fancy GTO branding and stitching all over the car. The 2004 model year did 0-60mph in 5.3 seconds and had a 13.8 second quarter mile time. In 2005, the GTO received an upgrade to the LS2 6.0L V8 engine, bigger brakes, and a strengthened drivetrain.  Performance increased as it could do the 0-60 in 4.7 seconds and ran the quarter mile in 13.0 seconds. In 2006, not much changed from 2005 apart from a couple new colors and slightly different interior trim features. Performance wise, the 2006 model year was the same as 2005. In terms of a classic, performance is definitely there with lots of power and great handling.

So how well did the GTO sell? Well, there was demand for the vehicle but the response from the diehard crowd was mixed. Some were happy to see the GTO heritage revived but others were upset by the lack of “true muscle car” appearance. It also didn’t help sales that dealers charged markups over MSRP and then denied requests for test drives of the vehicle. For example, they only sold 13,569 out of 15,728 vehicles brought over in 2004, while in 2006, the final year, they sold 13,948 vehicles. It’s estimated that from 2004 to 2006, 40,808 Pontiac GTOs were produced which makes the numbers light and limited.

What does that mean for it as future classic? Great news, limited production means each remaining model is more valuable. Is it future classic worthy? Yes, but you better move fast. Decent condition vintages with 60-80,000 miles are currently going for $19,000. You can find them cheaper a bit beat up, or more expensive in more mint condition.