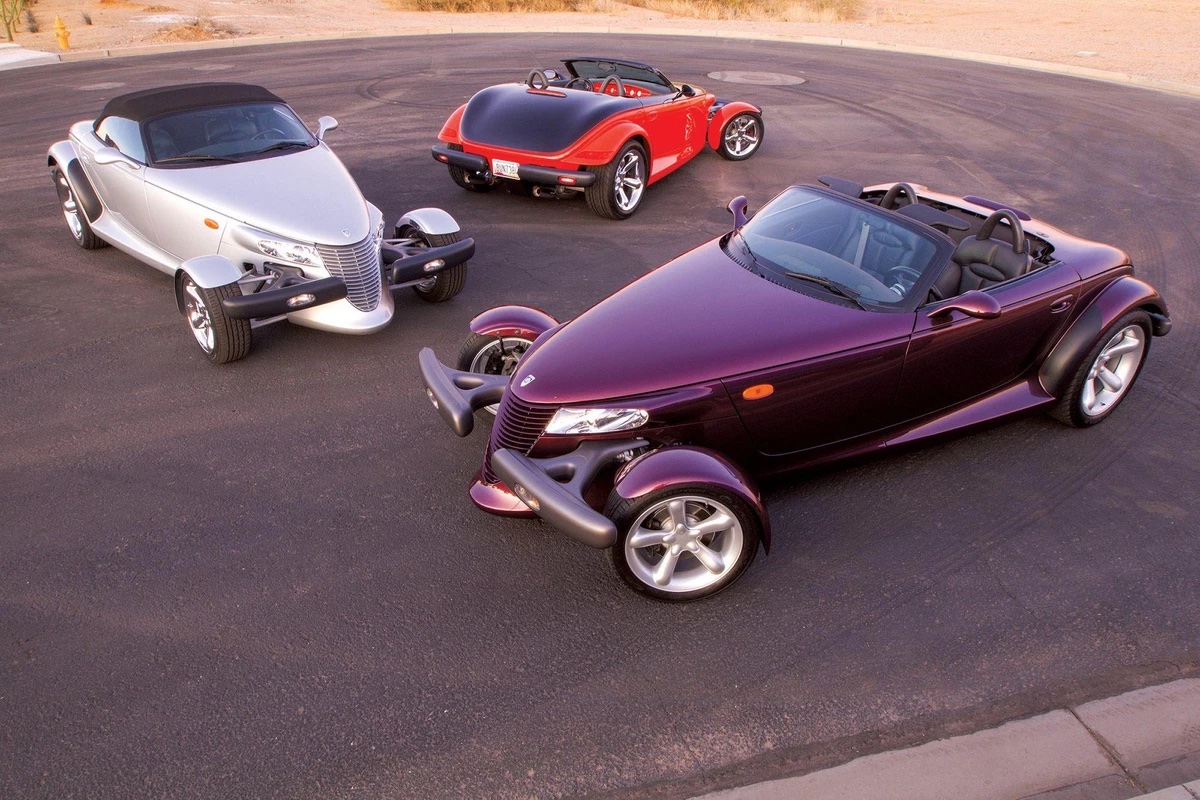 You might still see some vehicles out on the road representing the Plymouth brand, but these days it’s a rare sight. Plymouth at one point was considered a “futuristic brand”, and was incredibly popular, even topping Chrysler sales charts as the top seller. Plymouth would go on to do well, primarily in the North American markets, but the brand ended up being discontinued in 2001. Most of the models and technology were amalgamated into Chrysler or Dodge models.

In 1928 the Chrysler Corporation wanted to compete in the “low-priced” market segment that was starting to be dominated by Ford and Chevrolet. As a result, they created Plymouth and began pushing into the market. Although Plymouths initially cost more than their rivals, they came standard with features like internal expanding hydraulic brakes that Ford and Chevrolet did not offer. Plymouths were initially only available through Chrysler dealerships, providing a more affordable option to the expensive Chrysler-brand automobiles. This business principle literally saved the entire Chrysler corporation during the great depression and through the World War 2 time period.

Plymouth would be a top seller all the way into the 1960s where the brand started to suffer a bit from quality control. It also did not help that Plymouth thought other manufacturers were going to downsize their vehicle sizes and released more compact models while the competition stuck with the “bigger is better” mentality. The consumers were far more interested in bigger vehicles and Plymouth took a hit. During the time period from the 60s and into the 70s, the real bright spot of the Plymouth brand was the performance division which gave birth to models such as the Sport Fury, Barracuda and the Belvedere GTX.

In the 80s, Plymouth was adapted to the increasing energy crises and having to deal with financial issues within the Chrysler corporation. The brand put out top sellers such as the Reliant, but it was also the same model as the Dodge Aries, and other “K-cars”. This was really the time period that Chrysler began slowly killing Plymouth by using the brand to primarily simply push rebadged vehicles.

By the time the 90s, Plymouth was simply no longer the Plymouth it used to be. Instead, it featured a lineup of vehicles that basically overlapped its sister brands in Dodge and Eagle under the Chrysler umbrella. Chrysler drove the final nail in the coffin by again repositioning Plymouth as a value entry-level brand. In order to do this, Chrysler narrowed down Plymouth’s model lineup and essentially killed off anything exciting in the line-up. By the late 1990s, Plymouth offered just four models; the Voyager/Grand Voyager minivans, the Breeze mid-size sedans, the Neon compact car, and the Prowler sports car. Only the Prowler was unique to the Plymouth brand and even then, it wasn’t exactly a top seller. By the time Chrysler was acquired by Daimler-Benz AG the writing was on the wall for Plymouth. In 2001, with only the Neon remaining in the Plymouth line-up, the brand was killed off.

The Dodge brand is down to 3 vehicles, why?

There is a 1971 Plymouth Fury for sale

The Plymouth Laser is a future classic