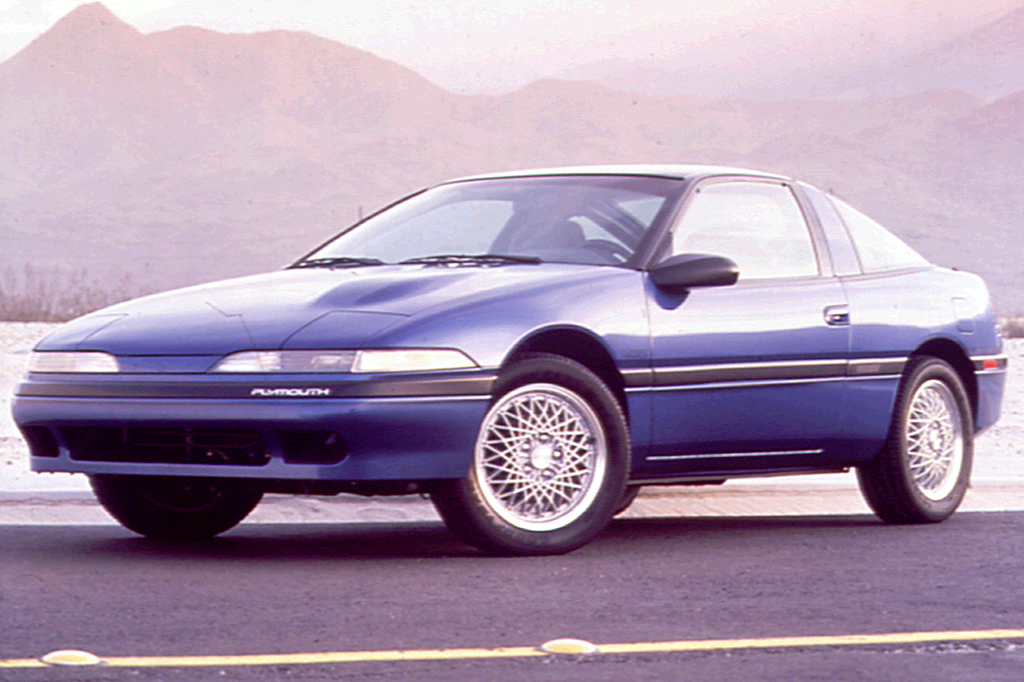 The Plymouth Laser was introduced as the “first Plymouth of the 90s” in all the advertising when it debuted in 1989. It was produced under the newly formed joint-venture, Diamond-Star Motors, a collaboration between Chrysler and Mitsubishi Motors.

The Laser was a sports coupe sold from 1989 (as a 1990 model) to 1994 and was produced in Normal, Illinois. Due to the joint venture, it had a close resemblance to the Mitsubishi and Eagle siblings but also included several unique styling features to set it apart from them. Plymouth Lasers sported a race-inspired look, with a plastic panel in place of the grille and a full rear light-bar. There was a bulge on the hood for all 2.0L engine models and lace patterned alloy wheels were unique to the Lasers.

Of course, the best optioned Lasers were the Laser RS Turbo AWD models, specifically in a manual transmission (automatic transmissions of the 1990s are trash). Ideally you would find a 1992 model year as there were a couple cosmetic upgrades, losing the pop-up headlights and the vehicle becoming more aerodynamic. So what makes these future classics? They are extremely fun cars. A 2.0L turbocharged engine mated to a manual transmission is a lot of fun, especially when you consider it produced 195 horsepower in 1990! The vehicle handles well, and makes driving a true pleasure. The car was such a joy, Car and Driver magazine named it to it’s Ten Best list from 1989 to 1992.

From 1989 to 1994 they only made 115,981 of these and with so many of them being abused and trashed as soon as they became affordable it’ll be tougher to find them. In 1994, Plymouth only made 5,284 of these, so a 1994 at this point might be well out of reach. The good news is, decent conditioned Plymouth Laser Turbo AWDs are available for about $5,000. With the backing of the large DSM community online, you have excellent access to documentation on how to maintain these vehicles and lots of aftermarket parts. Or you could keep yours as stock as you can get it, and enjoy driving like it’s the 90s.