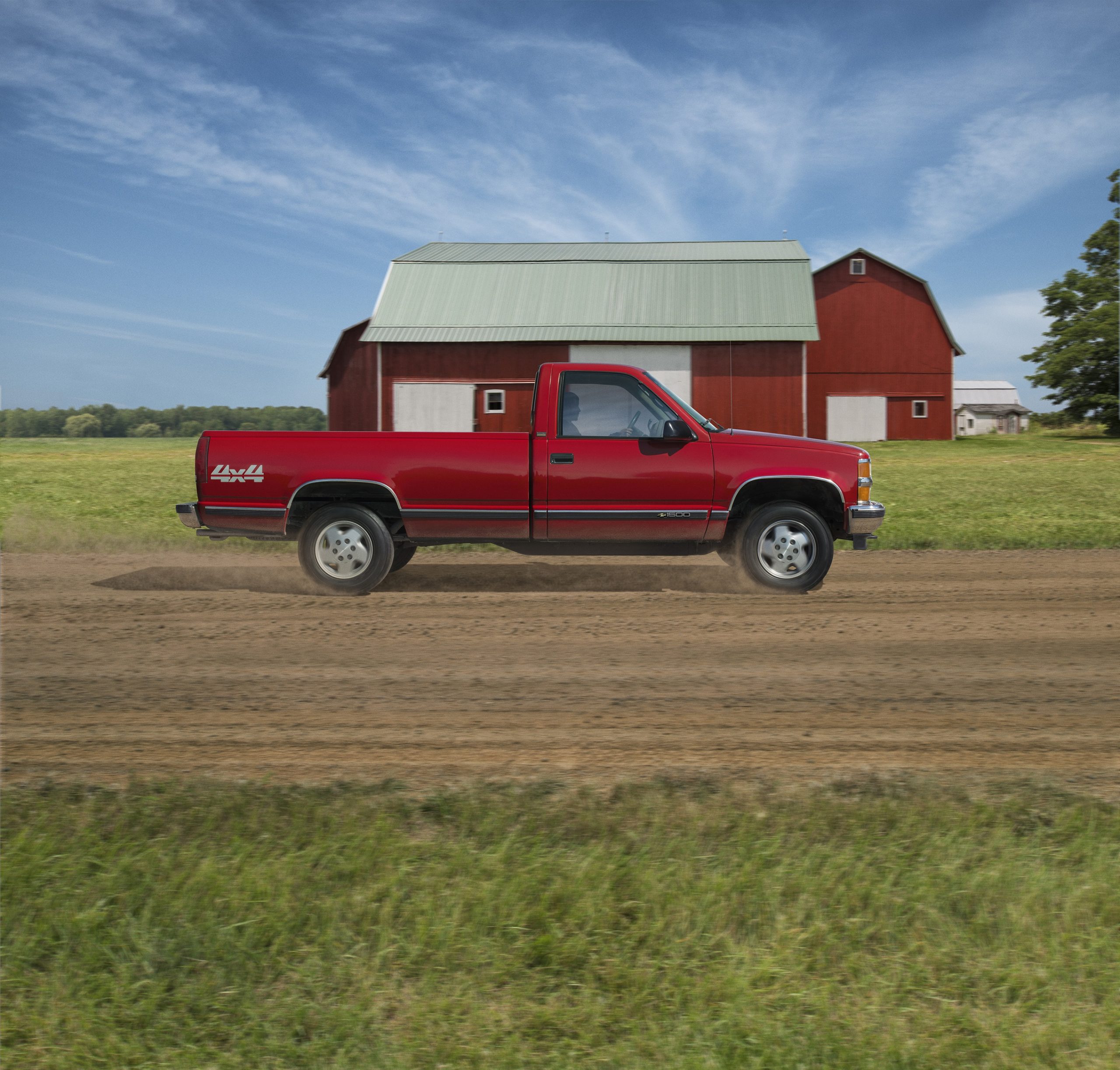 Probably the most popular model years of Chevrolet pickup trucks is the 4th generation of the Chevy C/Ks manufactured by General Motors between 1988 and 2000. There were 2 door, 2/3 door (extended cab) and 4 door (crew cab) body styles available. This was a critical time period for the pickup truck market as there was a shift from pickups just being work trucks to highly desired trucks with more luxurious trims.

The 4th generation could be group by model years with 1988-1994 being the first group. For 1990, Chevrolet and GMC pickup trucks underwent a minor exterior revision, with upper trims (Chevrolet Scottsdale/Silverado, and GMC SLX/SLE) replacing four sealed-beam headlamps with white-lens composite headlamps; base trims (Cheyenne and GMC SL) continued the use of two sealed-beam headlamps. Two new versions (exclusive to Chevrolet) were introduced: the W/T 1500 and the 454SS. The W/T 1500 (W/T= Work Truck) was a de-contented version of the Cheyenne marketed primarily for work use; the 454SS combined elements of the Sport appearance package and the Silverado with the 7.4 L V8 of 3500-series trucks.

For the 1995 model year, all GMT400 trucks underwent a mid-cycle revision, distinguished by a revision of the front fascia (for both Chevrolet and GMC). The sideview mirrors were redesigned and enlarged (adopted from the Suburban SUV); on extended cabs, opening rear side windows became standard equipment.

In August 1998, General Motors released the GMT800 generation of full-size pickups for the 1999 model year as the replacement for the fourth-generation C/K trucks introduced for 1988. The long-running C/K nomenclature was retired by Chevrolet in favor of a singular Chevrolet Silverado nameplate (as GMC had done in 1988 with the GMC Sierra).

For the 1999 model year, GM continued sales of the fourth-generation C/K alongside its GMT800 successor, intending to use up leftover parts stock. Newly rebranded the Chevrolet Silverado Classic and GMC Sierra Classic (dropping the Chevrolet Cheyenne), GM continued sales of the Classic in all three payload series. Largely aimed towards fleet sales, to minimize production costs, the 1500-series Classic was offered only with the 5.0 L and 5.7 L V8 and an automatic transmission and much of the previous Silverado interior trim (in an effort to steer potential base-trim or W/T 1500 buyers towards the all-new Silverado).