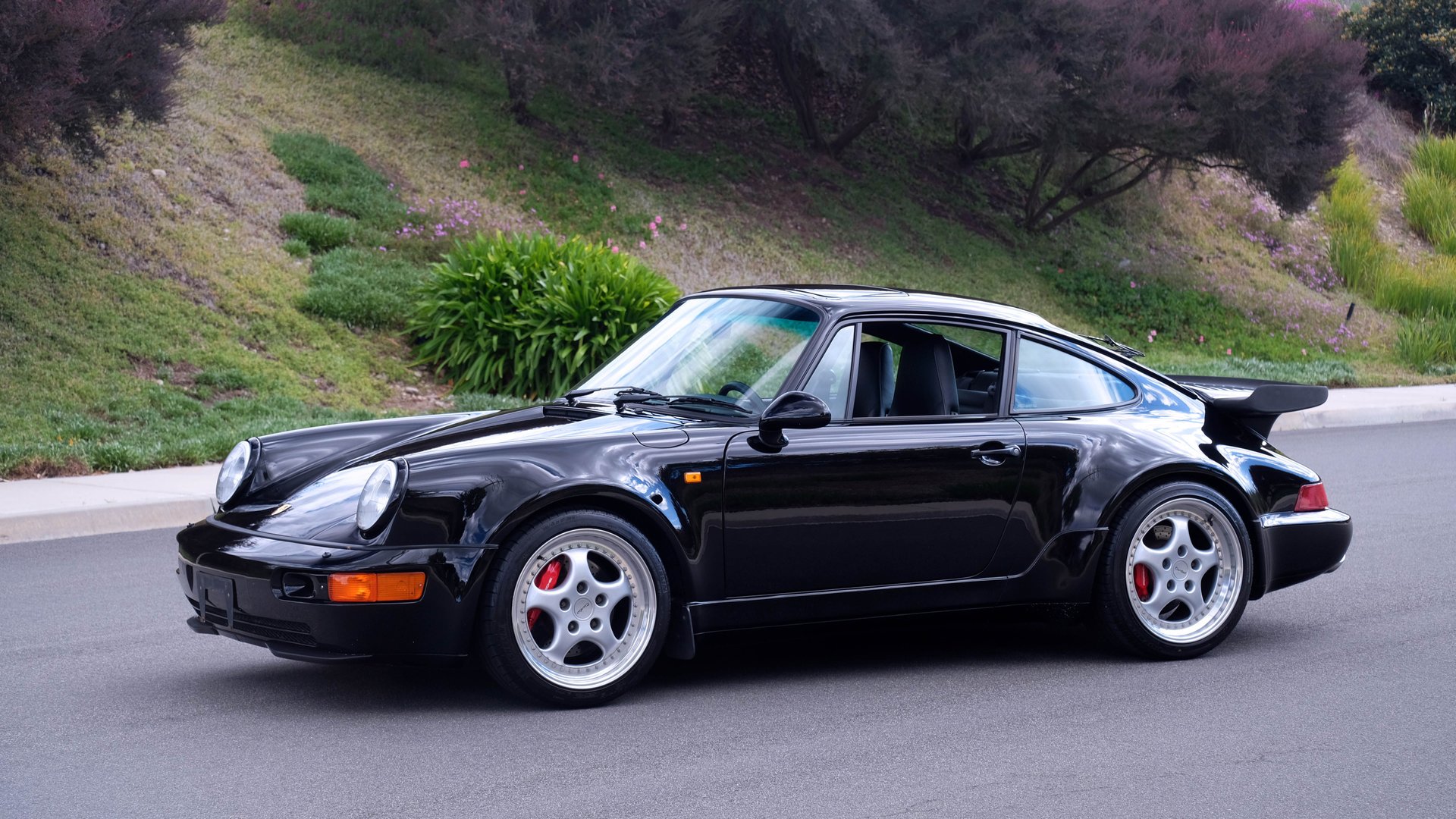 In 1989, Porsche launched the 964 which was the internal name for the Porsche 911 which would be manufactured from 1989 to 1994. There were rear-wheel drive and all-wheel drive options available as well as coupe, convertible and targa body styles.

In 1989, all Porsche 964’s were Carrera 4 models or all-wheel drive optioned cars with the rear-wheel drive, aka Carrera 2, only became available after 1990. A new naturally aspirated engine called the M64 was used for 964 models, with a flat-6 displacement of 3.6 litres. Porsche substantially revised the suspension, replacing torsion bars with coil springs and shock absorbers. Power steering and ABS brakes were added to the 911 for the first time; both were standard. The exterior bumpers and fog lamps became flush with the car for better aerodynamics. A new electric rear spoiler raised at speeds above 50 mph (80 km/h) and lowered down flush with the rear engine lid at lower speeds.

A revised interior featured standard dual airbags beginning in late 1989 for all North American production 1990 model year cars. A new automatic climate control system provided improved heating and cooling. Revised instrumentation housed a large set of warning lights that were tied into the car’s central warning system, alerting the driver to a possible problem or malfunction. One cool fact about these is that the 964 was the last generation sold with a traditional removable targa roof until 2011 when the 991 was released.

The 964 was and still is an amazing sports cars with outstanding performance for it’s time. Although the performance numbers aren’t ground shaking anymore they can still keep up. The 964 is capable of a top speed of 163mph, with a 0-60 mph in 5.5 seconds. It does the quarter mile in 13.6 seconds. Ironically enough these are starting to really climb in value and in some cases outpacing their original MRSP.