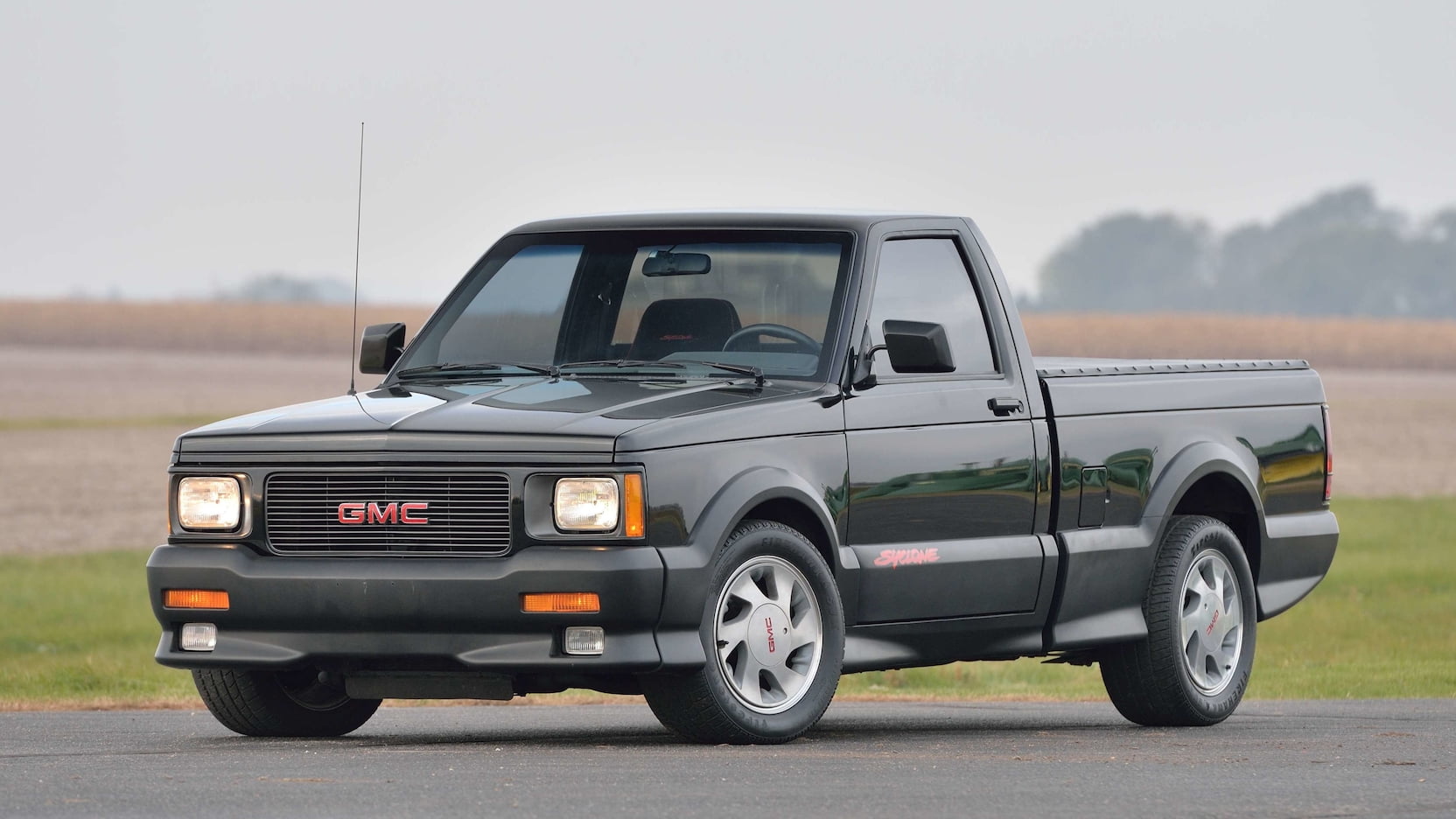 The GMC Syclone was a high-performance version of the GMC Sonoma pickup truck and it was produced essentially only in 1991, although 3 models were produced in 1992. The GMC Syclone was a joint project by GMC with Production Automotive Services, also known as PAS, the same company that built 1989 Pontiac Turbo Trans Am. The vehicles were built in Troy Michigan.

The 90s were a strange time for GM, as they were willing to experiment and make some wild editions of vehicles. For all intensive purposes, the 90s were also great for performance cars as sales of sports car, coupes and anything performance oriented did generally well. GM decided the small truck category would be the next market they would push a performance model out at and the GMC Sonoma was the perfect platform. Sonoma sales were doing fantastic, and the sportier versions of the truck were sought after so it made sense to push out something even more performance oriented. And so the Syclone was born!

When the GMC Syclone was unveiled to the world, it was the quickest stock pickup truck being produced in the world. This was largely in part due to the turbocharged 4.3L LB4 V6 engine that GMC and PAS heavily modified. This engine included upgraded pistons, head gaskets, intake manifolds, fuel systems, exhaust manifolds and a twin bore throttle body from the 5.7L LT1 engine. They produced a stunning, for 1991, 280 horsepower and 350lb feet of torque allowing it to 0-60mph in 4.3 seconds and do the quarter mile in 13.4 seconds. All the Syclones were sold with an automatic 4 speed transmission and it was the first truck to receive a 4 wheel anti-lock braking system.

All GMC Syclones were only sold in black and only a total of 2995 were made in 1991. In 1992, GMC did make 3 Syclones but #0001 was actually destroyed during DOT crashing testing. The other 2 1992 Syclones were sold privately. Unfortunately, GMC underwent some serious changes in 1992 and the market changed drastically causing GMC to not go further with the Syclone and bring it to an end.