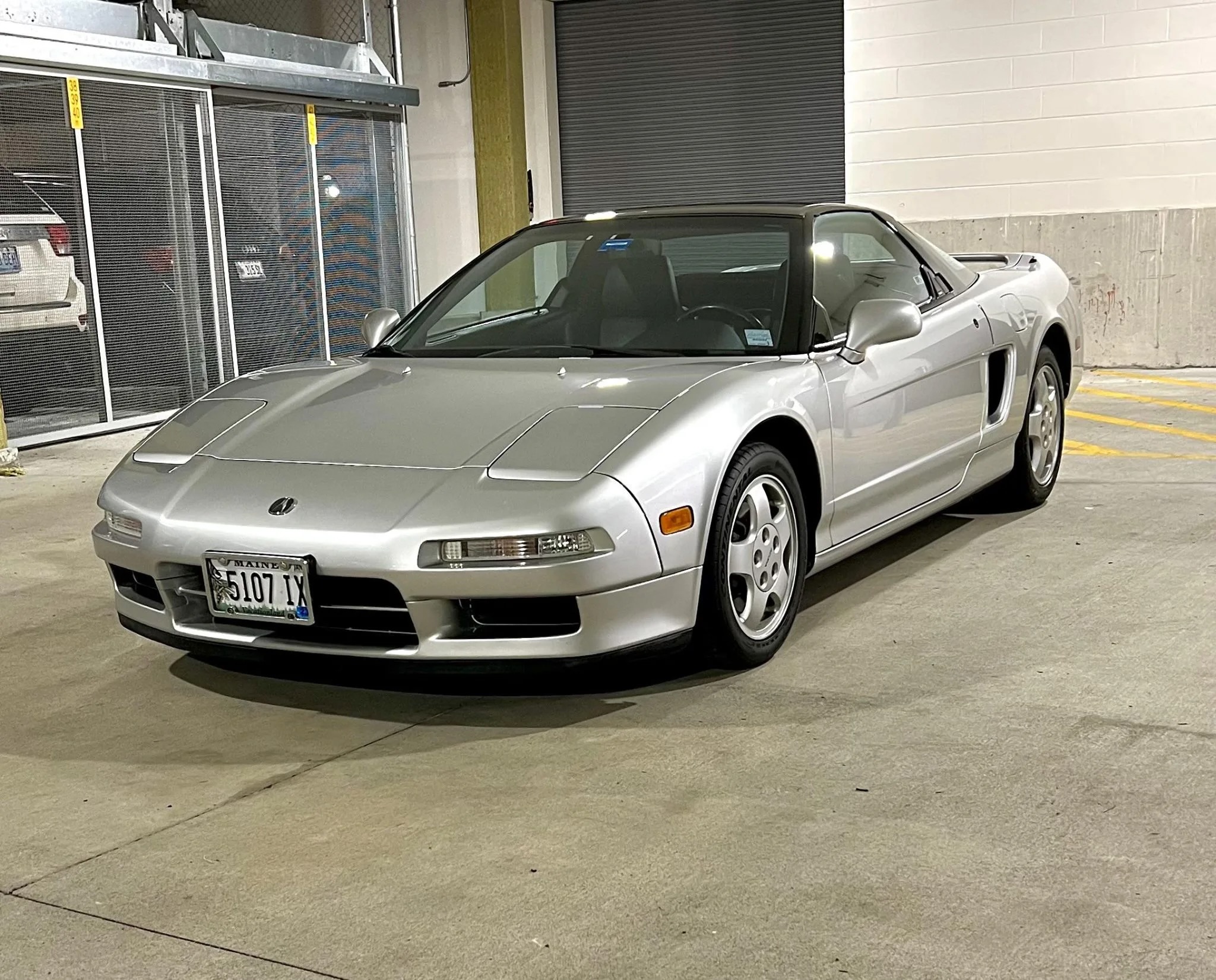 The Acura NSX has a legendary status amongst enthusiasts and for good reason. It is a two-seater, mid-engine coupe that was one of the first vehicles to be mass-produced with an all-aluminum body. Unfortunately, they were only sold in limited numbers with an estimated 9,000 units sold from 1990-2007. They have always sort remained in good hands due to the price point so good examples are not yard to find, of course at a price. Today, you can bid on a 1992 vintage with just one owner history!

This particular 1992 Acura NSX was bought by the seller at Imported Cars of Ocean in New Jersey and then remained registered in Maine for its entire life. It is finished in Sebring Silver Metallic with a black interior and currently shows 34,000 miles on the clock. Under the hood is the legendary 3.0L V6 engine that is mated up to a five-speed manual transmission. It looks like it was largely keep stock from the photos and well maintained from all the documentation.

You can find this one-owner, clean title 1992 Acura NSX over here.