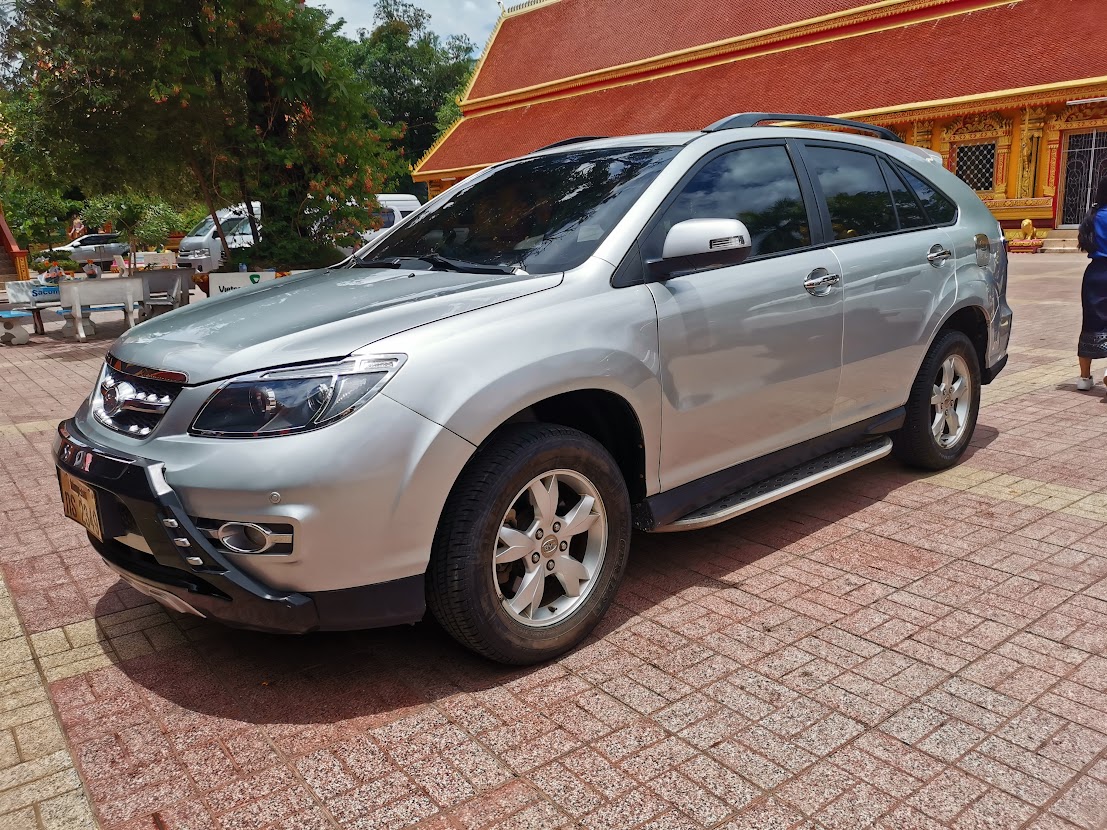 China has a pretty large automotive manufacturing industry with local auto manufacturing giants such as BYD, NIO, and Geely. However, there are not very many Chinese vehicles present in North America and that’s for two good reasons. One, most of them do not pass the safety standards set out by the IHS and two, there is currently a 27.5% tariff on Chinese vehicles. There have been discussions on if anything would change with the increased production of Chinese EV vehicles but that remains to be seen. Either way, it’s rare to get a glimpse into the ownership of a Chinese branded vehicle but you’re in for a surprise today!

Long story short, I recently moved into a developing country in Asia (one of the poorest), Laos, where it seems half of the cars on the street are very expensive big white Japanese SUV/Trucks (25-55k dollars), because the road here sucks, full of potholes and dirt road. The 95% of other average population here rides motorcycle/scooters.

I too wanted an SUV, but I don’t want to spend an arm and leg for it. So, I scoured the Facebook Marketplace listings until I found a vehicle that I would like and would fit the budget. I had settled on wanting to get something Chinese because paying 4 times more for a Japanese equivalent made no sense when I factored in maintenance costs. My thought process was that labor is fairly cheap in Laos so as long as I can find the parts for the vehicle, I’ll be able to keep it running with a fairly low cost no matter how unreliable it is. In the end, I found a private seller who was selling his Chinese 2013 BYD S6 SUV with just 73500km on the odometer and for just $4500 dollars. I was able to secure the purchase and found a couple interesting things with it. The transmission is automatic but it only has 4 gears and no cruise control, most of the electronic features do not work (such as the temperature gauge and some speakers), ongoing issues with the DVD touchscreen and the AC can be tricky.

Nonetheless, I was excited to drive this thing but I quickly ended up finding out firsthand why they are so cheap, the quality… or lack thereof. This combined with the lack of regular maintenance from previous owners can make for a nightmare ownership experience. In my case, the maintenance was not kept up and this resulted in the entire pulley and belt system having to be changed. Then the same thing happened with most of the suspension parts, and almost every other part that has the original bearing on them. Like I said earlier, things can get even worse as depending on the model parts can be hard to source and for my BYD S6 the parts were near non-existent in Laos.

Luckily through the power of Alibaba I was able to get in touch with someone in China who works at an auto part supplier, and I ended up buying up to 55 pounds of parts for like $330 dollars shipped. This was probably my saving grace with this vehicle because otherwise I would either be forced to keep the car off the road or try to find someone to make one off custom replacement parts which would be difficult. Once I got the parts I had to find a mechanic who could do the work and at a reasonable price. Full and fair disclosure here, even though I have been driving for almost 25 years of my life back in the US, I know almost nothing about the inner workings of cars before I came to Laos. But I was able to find a mechanic in Laos who was not only from the UK but also very cheap. He was actually able to get my BYD in full running condition for just around $200 and I’m fairly certain I overpaid him even at that rate!

So would I recommend the process? Well, when all is said and done, I’m actually very happy with the end result. My BYD S6 now function near flawless. it actually uses the Mitsubishi 4G69 motor, which is a very reliable technology, largely because it’s been around for so long and is well documented. But all the other parts around the engine are of really bad quality which mostly have been replaced or repaired after my purchase.

It’s been 2 months since my heavy overhaul, and I wouldn’t be happier with this car. I have gone through several tanks of gas and haven’t had any other serious issues. So far 90% of my driving are in the cities and 25% of that are really bad dirt roads, I am able to get 23 mpg on it which is nice considering the cost of fuel in Laos.

In a weird way, even with all the quirks, I would still recommend this experience for someone looking for a vehicle in Southeast Asia.

How do I get a car home after buying it from a private seller?