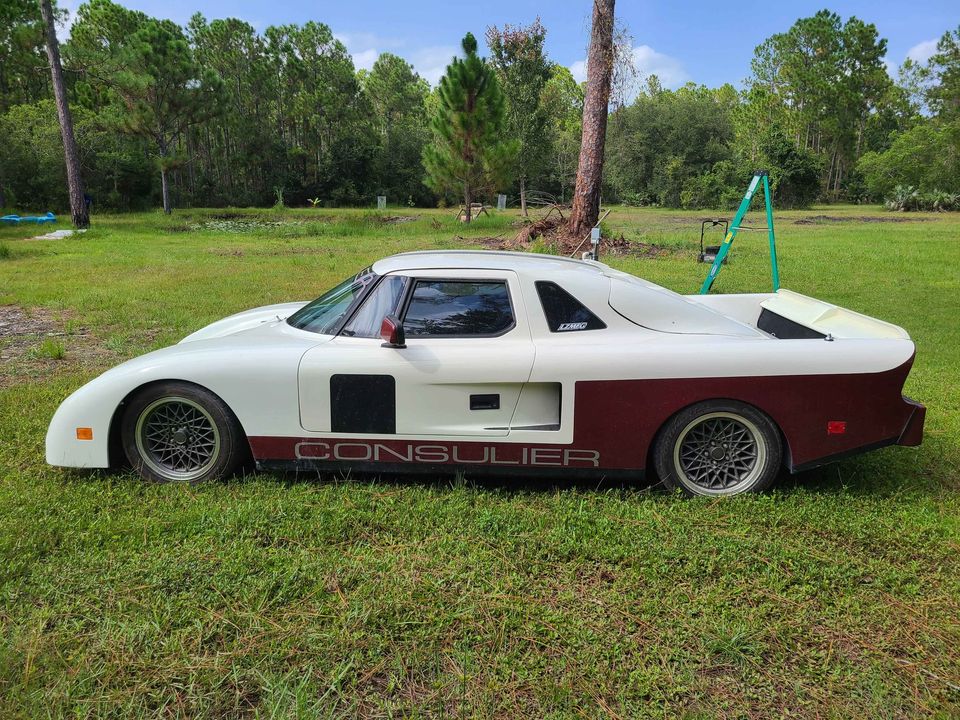 Yes that’s right, a Mosier Consulier GTP, which might be a vehicle you haven’t heard of before. Between 1985 and 1993, Consulier Industries built the Consulier GTP, a successful American sports car that was utilised in competitive racing. Before production stopped in 2000, Consulier Industries split off its automobile branch into Mosler Automotive, which marketed the vehicle as the Mosler Intruder and Mosler Raptor. In 2001, Mosler switched out the vehicle with the Mosler MT900.

Warren Mosler designed the Consulier GTP, a 2200 lb mid-engine sports automobile that was produced in two series. About 70 copies of the first series were sold, and it was powered by a Chrysler 2.2 inline 4 Turbo II engine with 175 horsepower. The second series used the upgraded Turbo III version of the same engine, which had a top speed of 155 mph and generated 190 horsepower. The majority of the mechanical parts were from Chrysler. The vehicle’s body was made entirely of carbon fibre and Kevlar, while the chassis was a distinctive fibreglass and foam monocoque. This made it the first vehicle ever to enter production without any structural metal in the body. The GTP Sport served as the base model, and the GTP LX upgraded it with upscale features like Recaro seats, VDO instrumentation, Fittipaldi wheels, Alpine sound system, sunroof, leather upholstery, air conditioning, cruise control, power locks, power mirrors, power windows, tilt steering wheel, and wool carpet. Security and a car phone were also available as options.

This particular example is a 1990 vintage finished in primarily a white exterior finish. It apparently has 100,000 miles on the clock and is number 22 of the 84 vehicles that were built. There is not a whole lot that is original in this vehicle apart from the exterior finishes. Inside, this Consulier GTP features a custom interior consisting of black with suede inserts and red stitching. Inside the engine bay the owner did away with the 2.2 inline 4 turbo engine and swapped it with a 2.4L SRT4 engine that features arias forged pistons, BC forged rods, BC titanium value spring retainers, and BC valve springs. There are several other modifications and tweaks done to the engine that make it resemble very little of the original engine it used to be when it sat in a 2005 Dodge SRT4.

You can find it for sale on Facebook Marketplace here for a cool asking price of $90,000.