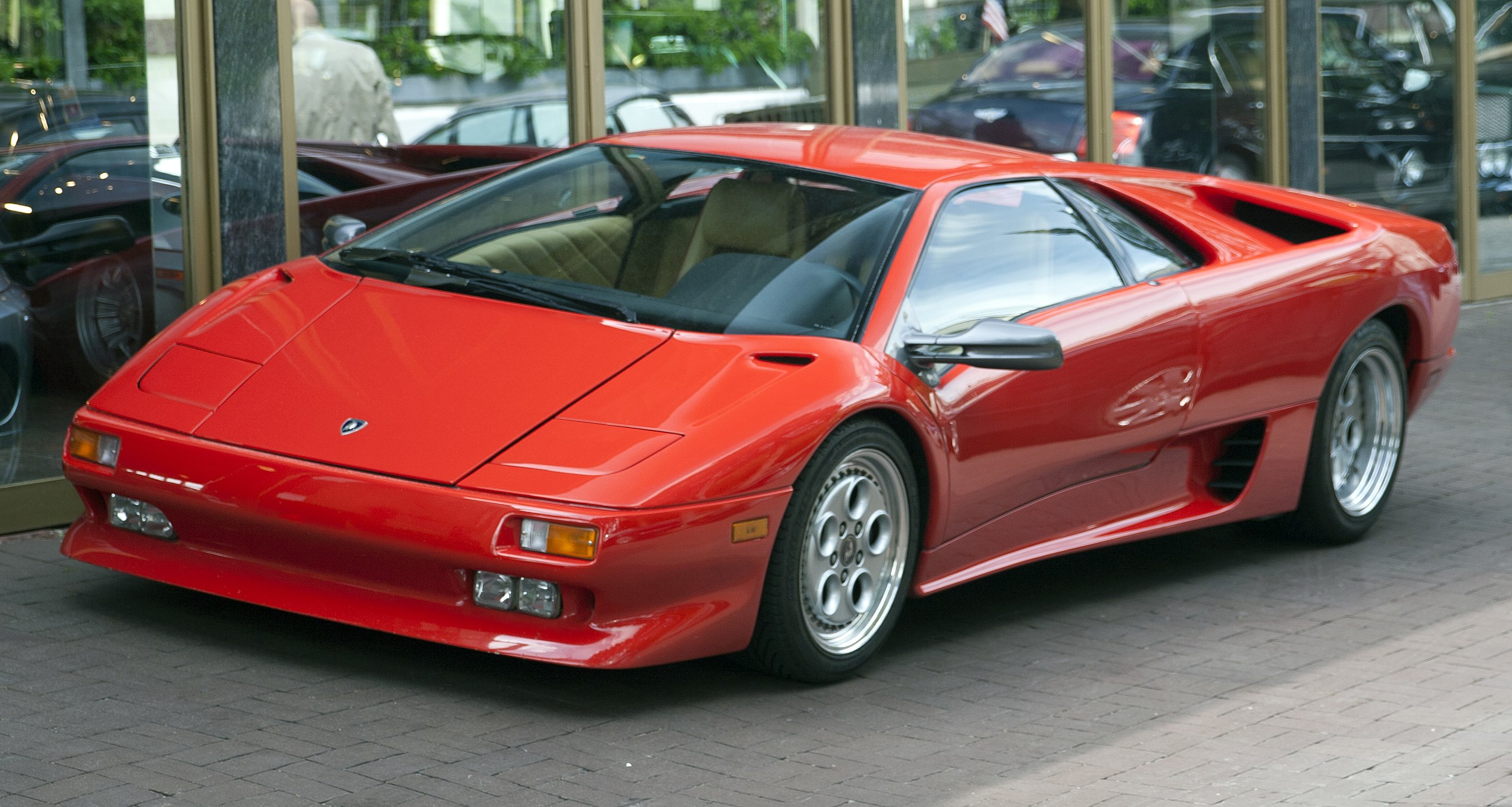 The Lamborghini Diablo is without a doubt one of the biggest icons from the automotive world. This car was on posters in many childhood rooms and created quite the stir when it first came out. A high-performance mid-engine sports car called the Diablo was produced by the Italian automaker Lamborghini between 1990 and 2001. It is the first Lamborghini in production with a top speed of more than 320 kilometres per hour (200 mph). The Lamborghini Murciélago took the place of the Diablo following the conclusion of its production run in 2001. The Spanish word for Diablo is “devil.”

In 1985, Lamborghini began a special project codenamed Project 132 which was supposed to be a replacement for the Countach and thus Lamborghini’s new flagship sports car. Marcello Gandini, who had created the car’s two forerunners, was hired to design it. In order to smooth out the infamously sharp edges and corners of Gandini’s original design, Chrysler Corporation’s design team in Detroit was commissioned to carry out a third extensive redesign, leaving Gandini famously unimpressed. Chrysler Corporation’s management was uneasy with Gandini’s designs when its management purchased the company in 1987, funding the company to complete the car’s development. In fact, Gandini was so unhappy with the “softened” shape that he ultimately used his original concept for the Cizeta-Moroder V16T.

The new vehicle was given the moniker Diablo in keeping with Lamborghini’s custom of giving its models bullfighting bull breed names. The Diablo was given its name in honour of a fierce bull reared by the Duke of Veragua in the 19th century and renowned for its epic encounter with “El Chicorro” on July 11, 1869, in Madrid.

There were several other models of the Diablo such as the Diablo VT which made use of a viscous center differential for a form of all-wheel drive. Other improvements debuting on the VT included front air intakes below the driving lamps to improve brake cooling, larger intakes in the rear arches, a more ergonomic interior with revised electronically adjustable dampers, four-piston brake calipers, power steering and minor engine refinements. Many of these improvements, save the four-wheel drive system, soon transferred to the base Diablo, making the cars visually nearly identical.

There were also other models such as the Diablo SE30 and SE30. Jota which were introduced in 1993 as a limited-projection special model. Their engines received a boost to 523 horsepower. There were only 150 SE30 vehicles constructed, and only 15 of them were modified to “Jota” specifications (although 28 Jota kits were produced). Although it sacrificed street-legal functioning, the “Jota” was a factory modification kit created to turn the race-oriented SE30 into a true circuit racer. Air was driven into the intake system by a modified engine lid with two ducts that protruded over the roofline; a lid with a similar design would later be used on the Diablo SV model. The Diablo’s venerable V12 engine could produce over 603 PS (444 kW; 595 horsepower) and 639 Nm (471 lb-ft) of torque with even further modification.

Finally, there was the Diablo SV which was introduced in 1995. It was a RWD Diablo that featured 510 horsepower and 428lb feet of torque from it’s motor. The SV was priced as the entry-level model in the Diablo line, slightly below the normal Diablo although having a higher power output. Standard equipment included an adjustable rear spoiler that could be made of carbon fibre or matched in colour to the car body. Other exterior changes included black tail lamp surrounds, rear fog and reverse lamps relocated to the SE30 position, dual front fog lamps (instead of the quad style found on all previous models), an additional set of front brake cooling ducts, an engine lid resembling that found on the Diablo SE30 Jota, and optional “SV” decals for the sides of the car.

The Diablo received a facelift in 1999 and production finally ended in 2001.