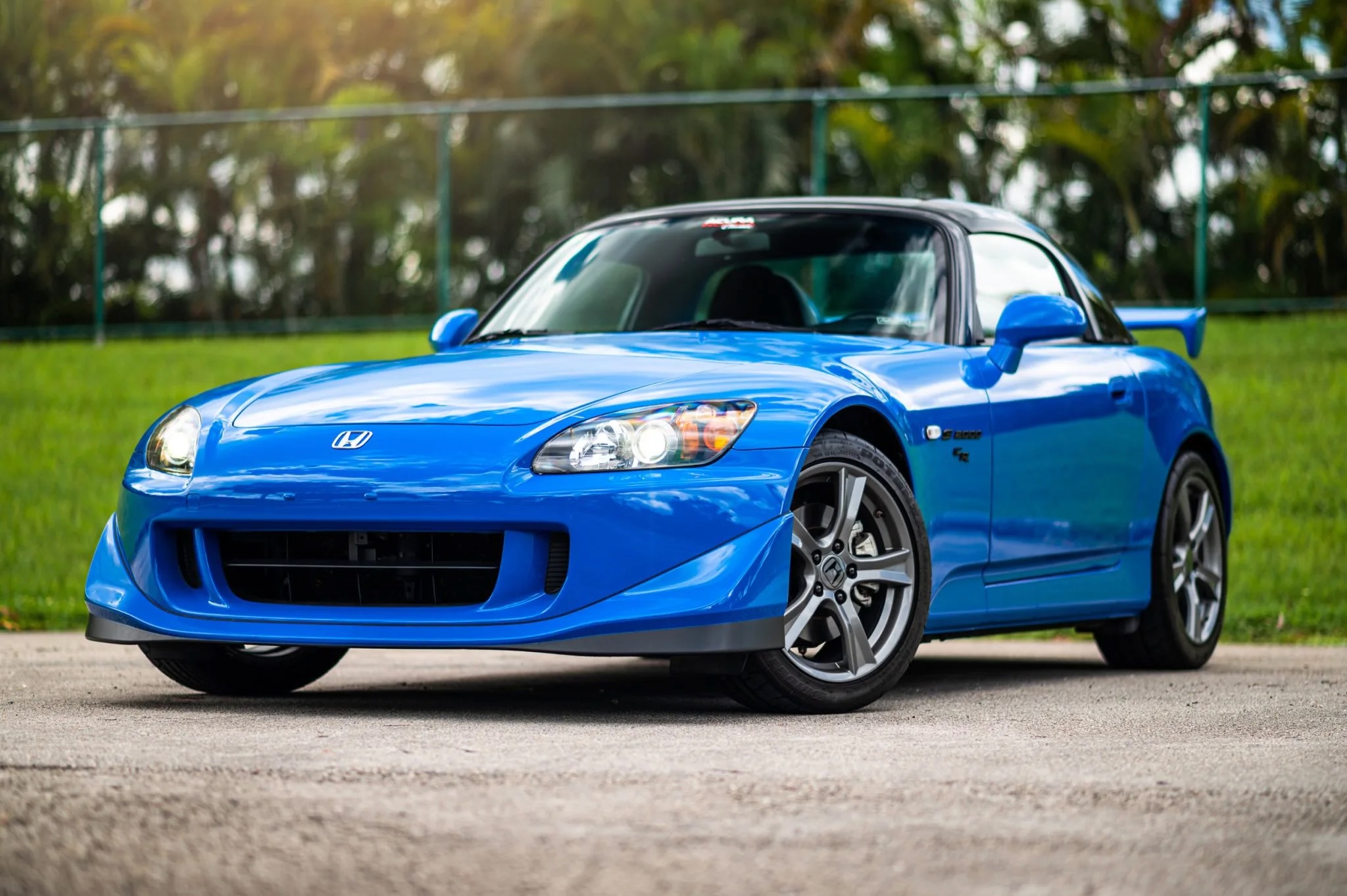 The Honda S2000 is a convertible, open-top sports car that Honda manufactured from 1999 to 2019. It is believed they produced approximately 110,673 units worldwide. The S2000 is named for it’s engine displacement, which of course is two litters and carries on the nameplate tradition of the S500, S600 and S800 roadsters.

The Honda S2000 is a front engine, rear-wheel drive roadster that doesn’t pack a lot of power but it has a high horsepower per cubic inch output. It puts out almost 2 horsepower per cubic inch, making it the highest of any pass production, naturally aspirated engined car. There are two generations of the S2000, the AP1 produced from 1999 to 2003 and the AP2 produced from 2004-2009. In 2008, Honda released the Club Racer edition of the S2000. It was basically a street legal racing version of the S2000.

Interiors made of Alcantara were only offered in yellow and black for CR models. The CR trim was the only one with faux carbon fibre overlays on the centre console and radio door, as well as a peak power indicator light on the instrument gauge cluster that flashes when the engine is operating at its max output. The spare tyre was removed, and air conditioning and a radio were only available as options in order to save weight and lower the centre of gravity. Without the additional hardtop, there was a net weight savings of 41 kg (90 lb) compared to the basic model. The S2000 CR’s engine was the same as the one in the basic trim.

This Honda S2000 is a 2008 vintage and one of approximately 700 Club Racer models produced for the US market. It is finished in Apex Blue Pearl paint over Black Alcantara and yellow cloth. I am not sure on the exact production numbers but the Apex Blue Pearl is one of the more in demand exterior finishes.

It is powered by the 2.2L VTEC inline-four engine and mated to a six-speed manual transmission and a limited-slip differential. This example includes the following equipment: 17″ alloy wheel, xenon headlights, a removable hardtop, aerodynamic aids, rear chases brace, stiffer CR springs, and anti-roll bars. The car has a short history having only racked up about 6,000 miles on the clock but it is believed it was sold new at McGrath City Honda in Chicago, Illinois. It then spent sometime out in Manitoba, Canada until in 2019 the current owner acquired it and moved it to Florida. It has a clean Carfax report and a clean Florida title.

it is safe to say that even base model Honda S2000s are fetching outrageous sums of money, but this really solidifies it. The price of valued models in good condition of the S2000 has significantly increased, making it a legitimate example of a modern vintage automobile. Special edition productions, like the CR (Club Racer) in the USA market, are the most sought-after models in the JDM community and the automotive industry as a whole. Standard AP1 and AP2 vehicles have also turned into collectibles.

You can find the auction listing here.