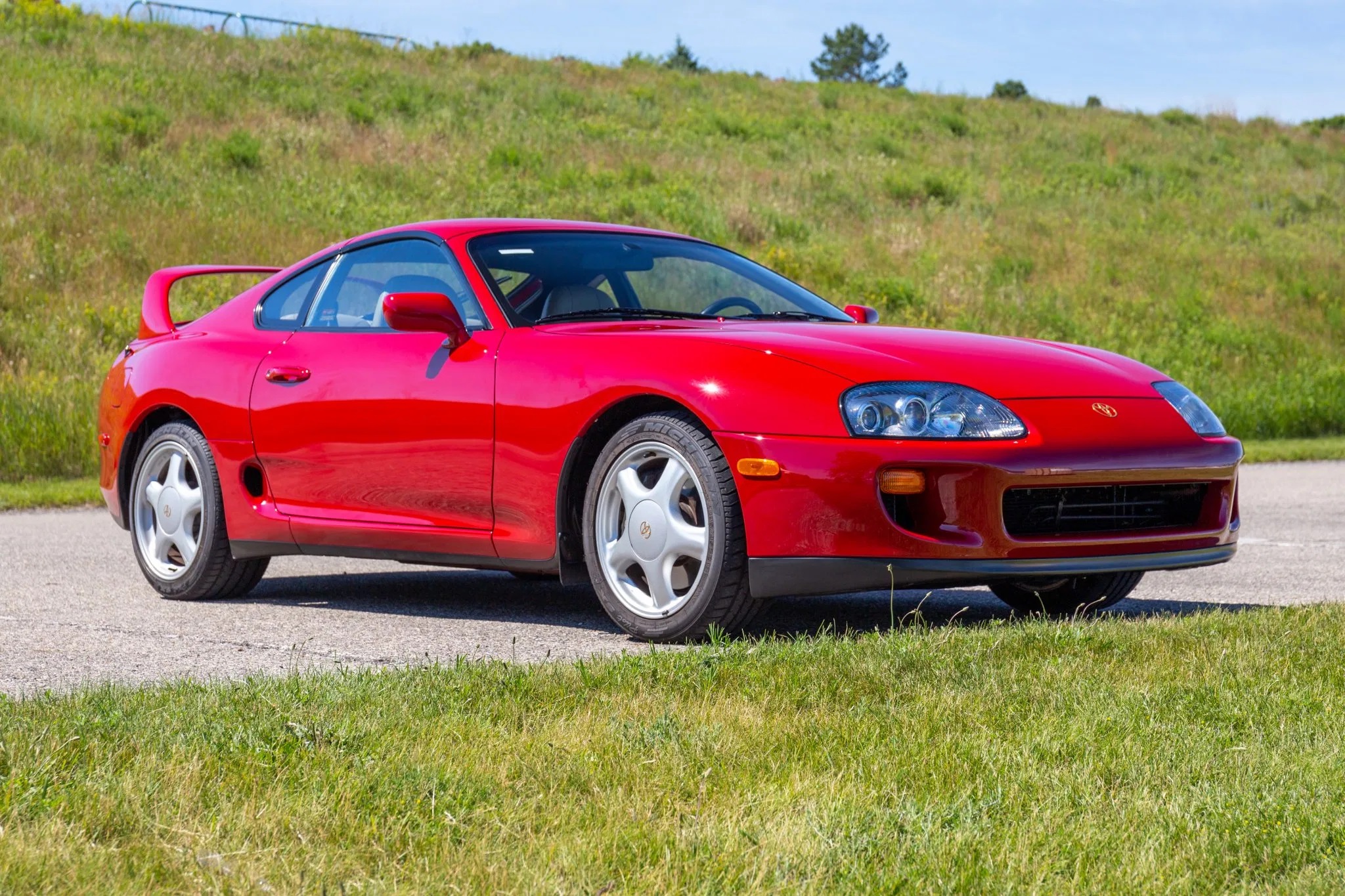 Fourth generation, or MKIV, Supras have skyrocketed in value the past year. Of course the MKIV Supra has been popular for a long time thanks to the Fast and Furious movie franchise, but values are hitting unprecedented amounts lately. For example, Paul Walker’s Fast and Furious Supra from the first movie sold for a cool $550,000. Obviously that Supra had a lot more value attached to it but don’t be surprised to see other Supras going for crazy amounts. With that said, a lot of sellers have stepped up to the plate to cash in on their own cars. Today we have an excellent example of a MKIV with this 1995 Toyota Supra turbo on BringATrailer.

This Supra was purchased new by the current seller from Grand Blanc Toyota in Grand Blanc, Michigan which makes it a one owner vehicle. It is a 1995 vintage finished in Renaissance Red with the ivory leather interior with just 7,000 miles on the clock. This Supra is also packing the heavily desired twin-turbocharged 3.0-litre 2JZ inline-six motor mated to a six-speed manual transmission. The combination of engine and transmission makes this already the most desired Supra on the market.

This one is currently at $136,000 at the time of this post and you can find the auction here. If you wanted one of these vehicles now is definitely the time to jump on them as examples dry up and prices continue to go up.