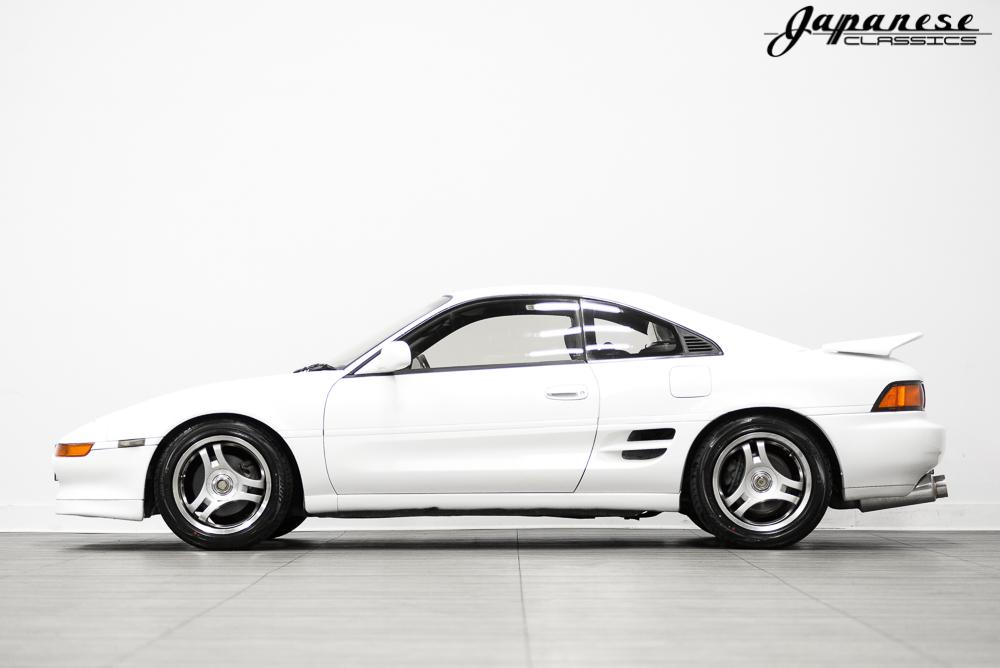 The Toyota MR2 is a two-seat, mid engine, rear-wheel-drive sports car that was built by Toyota in Japan from 1984 to 2007. Arguably the best generation of the MR2 was built from 1989 to 1999. Although it was larger than it’s predecessor, and weight about 400 pounds more, it came with a better interior, more power and better handling. It came in several trim levels, with the most sought after for the enthusiast being the GT-S model. The GT-S model included a turbocharged 2.0L 3S-GTE engine making 218 horsepower, and while well equipped it was not burdened with additional luxury features such as the GT.

Japanese Classic has an excellent example available for sale in the most desired color, Super White II. This was one lightly modified, with a horsepower bump, now rated at 245hp, and exterior styling updates are the most notable.

Check out all the details here.