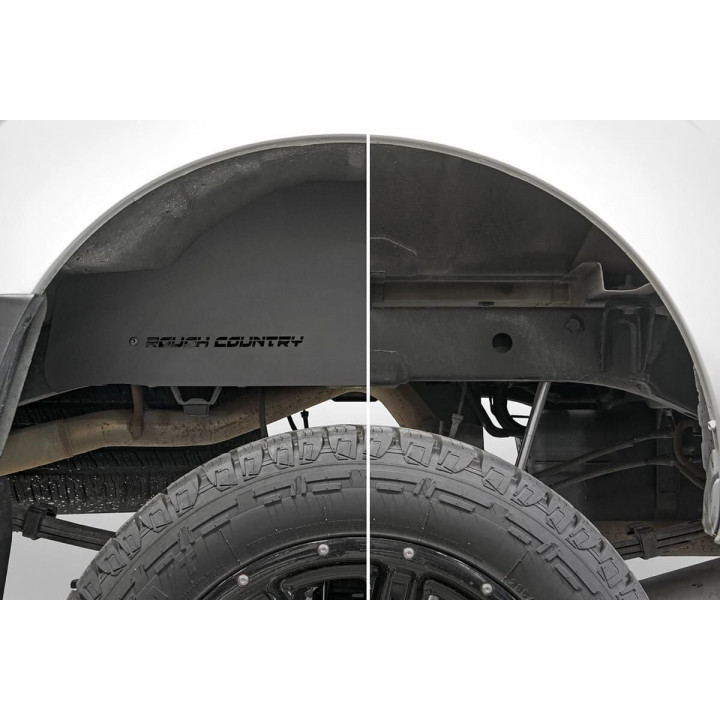 If you have been following our Instagram account, @driversocietycom, you would know we are working on our first truck project, a 2017 Ford F-150 XLT Crew Cab 4WD. For whatever reason, Ford did not include wheel well liners on these trucks unless you basically went for a top of the line trim or added them on yourself. To be fair, most manufacturers have since gone this route but I was surprised as I have owned several other pickup trucks that had them.

Anyway, we decided one of the first things we would be doing to get rid of the terrible wheel gap would be to get wheel well liners. For the record, we went with the Husky ones because I’ve used them in the past and generally love the product (this was not a sponsored comment!). Of course, a debate immediately ensued as to whether wheel well liners are really worthwhile.

Wheel well liners are basically a barrier that goes inside the wheel wells between the fender and the wheels. They are sometimes referred to as “fender liners” and are usually made from plastic. Most trucks will have them installed on the front wheels, but manufacturers usually leave them out of the rear wheel wells, probably as a way to reduce costs. So, do you need rear wheel well liners? Well, that depends on you but there are certainly many benefits to having them.

Your truck has probably cost you some good coin and you are probably looking to get a long time out of it. A rear wheel well liner will allow you to extend the longevity of your truck by protecting it. Your truck wheel well contains parts that are vulnerable to road abuse such as rocks and dirt. If you are someone who will be driving on dirt roads frequently, keep in mind rocks and dirt are likely to be bouncing around there denting the body and chipping off the finish. If you are frequently on paved roads instead of dirt and rocks you are kicking up salt and other road debris which can have just as negative of an effect. Rear wheel well liners will prevent road debris like that from hitting the body and therefore prevent rust and decay.

While the protection point is certainly the most important one, there is also an appearance benefit to the rear wheel well liners. Installing them on your truck will complete the look so to say in the sense. Instead of looking at finished body work there, which can look awkward in the liner area, you are going to see the liner which is also the same for the front two wheels. Whatever you decide, make sure you are cleaning those liners as a preventive maintenance measure. Happy trucking!

Should you use wheel spacers

How to choose all-terrain tires for your truck