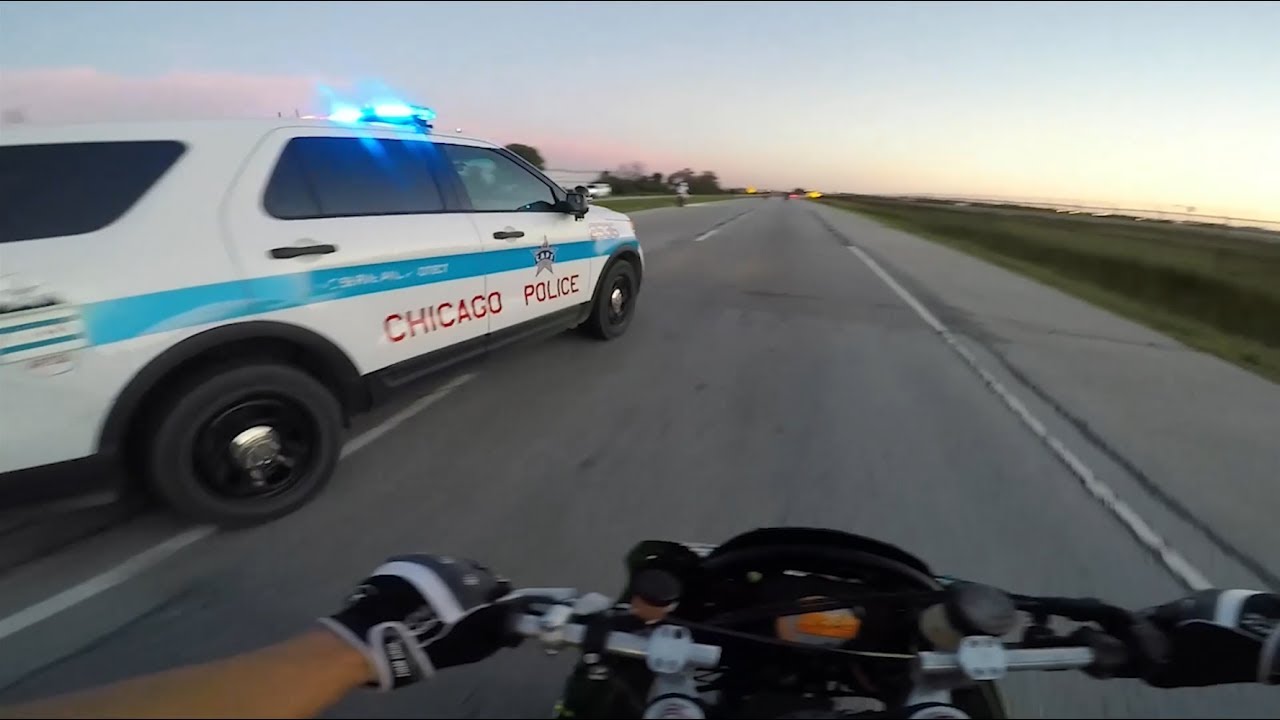 You might have seen an influx of videos online of motorcycles outrunning cop cars and thought, why the heck are these guys risking it all to get away with minor traffic infractions? Well, that’s a bit of a loaded question that requires a more in depth look at a couple of things.

For starters, pretty much any bike, especially one of the popular super sport bikes, will easily outrun any car let alone your standard police car. Sorry officers, your Crown Vic/Taurus/Explorer/Charger/etc is just never going to stand a chance against those bikes. This is not a knock against those models, bikes, especially super sport bikes are just that much quicker.

But can’t officers just record the bike plates and follow up later? Well, unfortunately many riders either hide their plate or obstruct it to make it impossible read. This is not helped by the fact that motorcycle license plates are much smaller to start with. This gives the impression to some riders that as long as they can get away, they are “home free” to say.

It doesn’t help that most police forces across the country have strict pursuit policies that focus on public safety and weighing the offence against public safety to see if it’s worthwhile. I can tell you right now that there are very few instances where a higher-ranking officer is going to authorize a police pursuit and place the public at risk, especially with everything going on in the policing world right now. However, you do have to look at the offences that the typical rider is committing to warrant an officer wanting to pull them over too. Most of these offences are going to be simply traffic violations such as speeding which no one is going to put the public at risk for.

By putting the public at risk, I mean that the rider and the pursuit officer(s) will have to drive at higher rates of speed. The faster you go the more likely something is going to go wrong. It’s no secret that motorcycle collisions also have a much higher fatality rate which are all factors that police forces will consider in whether or not to pursue. Of course, this is not to say that police forces will never pursue motorcycles. It definitely does happen and new technology is making this much easier. We are seeing police forces deploying helicopters and drones at a much higher rate in an effort to reduce pursuits and it’s working. At the end of the day, as a rider, if you are being stopped by the police just pull over and take the ticket, it ain’t worth it!