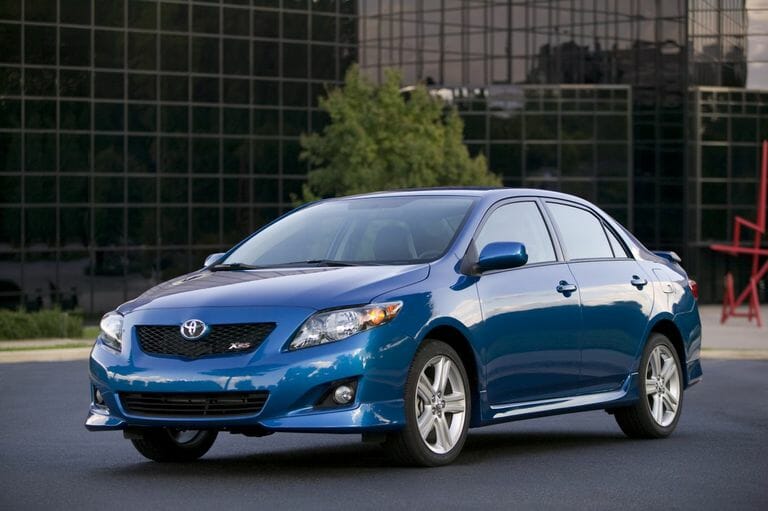 A car, or automobile, is some sort of wheeled motor vehicle that is meant to be used for transportation. That’s exactly what cars were designed to do, be a tool to move things. It’s easy to forget that these days when you consider the style and features of cars these days. Here are our favorite 7 used cars for under $7,000 Canadian dollars for those who just need transportation.

The Honda Element doesn’t get a lot of love and that’s a good thing because it’s kept the prices on these low. The Honda Element is a crossover SUB that was produced from 2003 to 2011 model years. It stood out for it’s boxy exterior styling and that’s also one of the reasons it was killed off. The 2007 model year received a small refresh which bumped up the horsepower and introduced a 5-speed automatic transmission to replace the ancient 4-speed automatic transmission. It was also the model year where side airbags became standard along with electronic stability control. You can find them in either a FWD or AWD configuration along with either a 5-speed manual or a 5-speed automatic transmission. If you can learn the love the exterior, you’ll be able to enjoy a Honda Element for under $7,000.

You really cannot go wrong with picking any model year of Toyota Camry, especially if all you really want is reliable transportation. The Toyota Camry, a stylish midsize sedan, is a wonderful option if you need a vehicle for your daily commute or to transport your children around town. It boasts a roomy interior and plenty of cargo space, and the back seat can be folded down 60/40 to fit bigger objects. Also highly rated for dependability is the Camry.

No, I’m not saying you’re going to find a Lancer Evolution for under $7,000 but you will be able to find a lower spec Lancer in that range. The ninth generation of the Lancer in a way really saved Mitsubishi but the lower spec vehicles never got the respect they deserved. In a way this is a win for anyone shopping these on the used market as they can be had on the cheap. Although there are a few trim levels, they will all come with the 2.0L four-cylinder engine putting out 152 horsepower. Even a base model will come standard with many safety features and amenities that one would want in a commuter car.

The second generation of the Mazda6 was made from 2009 to 2013 model years and largely did well although the car just didn’t age well. Depending on the trim level you choose, you’ll either get the 2.5L four-cylinder engine putting out 187 horsepower or the 3.7L V6 engine. Putting out 272 horsepower. Both engines are decently reliable, and the Mazda6 comes well equipped even at the base level. If you’re looking for a decent sedan but want something other than Camry, get a Mazda6.

Much like the Toyota Camry, you really cannot go wrong with a Toyota Corolla either. The tenth generation of the Corolla was produced from 2007 until 2013. But for price limitations we will stick to the 2007 to 2010 model years. With its outstanding safety ratings and efficient fuel use, the dependable little Toyota Corolla is easy on your wallet as gas prices increase. It features supportive and large front seats, a comfortable interior, and a choice of manual or automatic gearboxes. There are ton of these out there so you can easily source them along with the parts to keep them going.

The only electric vehicle on the list, the third generation of the Toyota Prius is definitely one to consider if you want a transportation vehicle. Apart from the obvious gas savings, you are getting into an electric vehicle on the lower scale of costs. Even with a weakened battery system these become a great deal if you can find models on sale for $7,000 or less. The Toyota Prius has a lot of appeal since it combines the fuel efficiency of a hybrid with the adaptability of a hatchback. It’s simple on the family budget with an EPA-estimated fuel economy of 48 mpg city and 45 mpg highway. Additionally, it has high reliability scores, a quiet ride, and plenty of room and comfort.