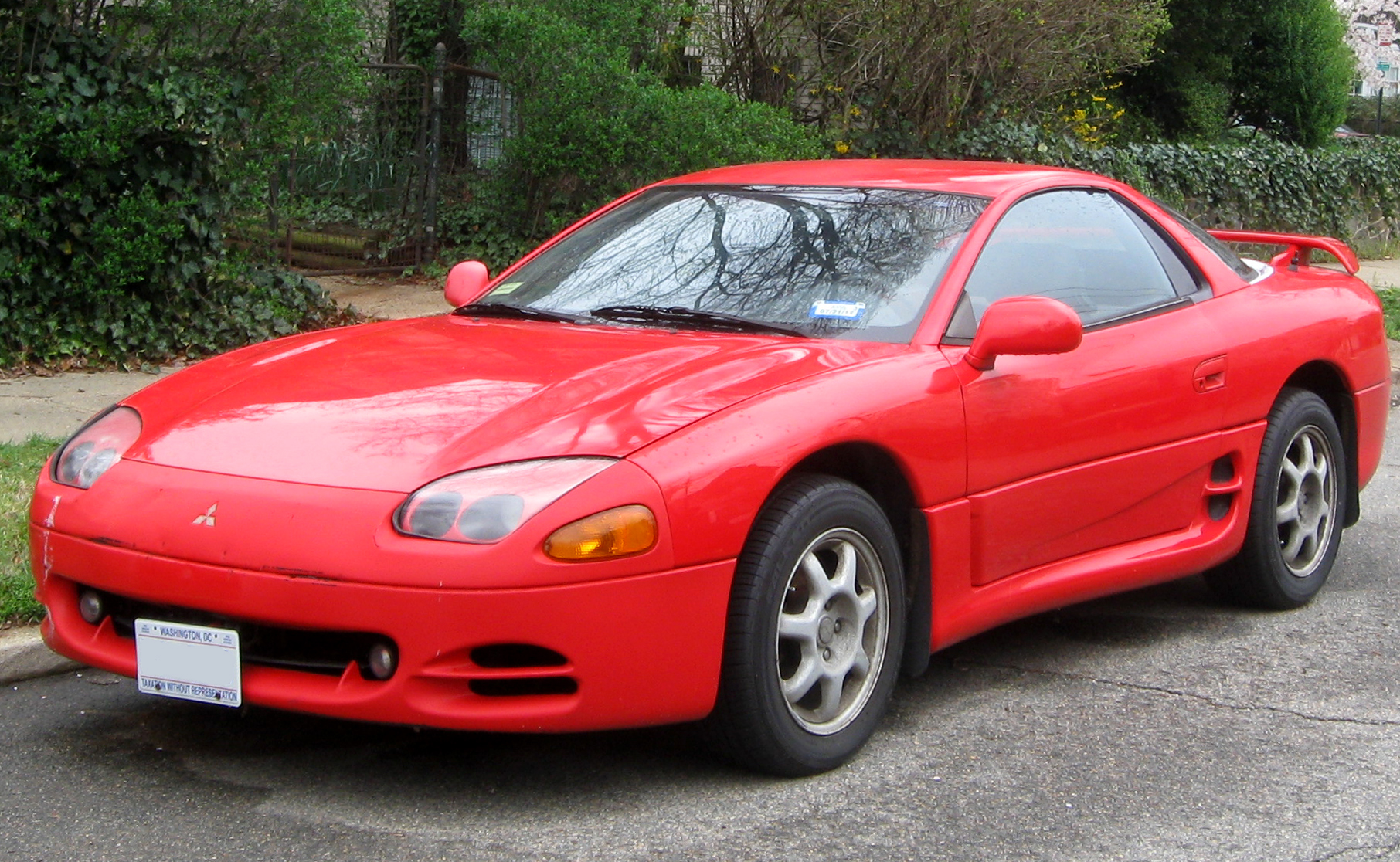 The Mitsubishi GTO, aka the Mitsubishi 3000GT, aka the Dodge Stealth, was a front-engine, front-wheel/all-wheel drive (FWD/AWD) sports car manufactured and sold from 1990 to 2000. Although the vehicle technically had 3 different name plates between the GTO, 3000GT and the Stealth sold under the Dodge brand, all three vehicles were basically identical. All of the vehicles were assembled at the Nagoya Plant located in Okazaki, Aichi in Japan.

The 2+2 four-seater three-door hatchback coupes were marketed in the Japanese market as the GTO nameplate while internationally it was marketed as the Mitsubishi 300GT. It was marketed in North America from 1991 to 1999 as the Mitsubishi 3000GT and from 1991 to 1996 as the Dodge Stealth, two captive imports with the same mechanical components but different badge engineers. The exterior style of the Stealth was created in cooperation with Chrysler and Mitsubishi Motors.

Early vehicles had an internal designation of Z16A and featured four-wheel steering, automatic front and rear spoilers, active aerodynamics, sport/tour exhaust modes, full-time four-wheel drive, and electronically controlled suspension (ECS). Pop-up headlights and articulated blister covers on the hood were features on the GTO, 3000GT, and Stealth to make room for the ECS controllers at the top of the strut turrets. The Dodge Stealth did not have active aerodynamics, but it did have a distinctive cross-hair front bumper fascia and crescent-shaped rear spoiler. Some of the early production versions continued to use the cast crankshaft after the engine switched to a 4-bolt main and a forged crankshaft in 1993.

The Mitsubishi 3000GT and the Dodge Stealth were both offered in North America. The 3000GT featured a choice between two alternative powertrains, whereas the Stealth had three. The 3.0 litre 12-valve SOHC V6 engine that powered the standard 3-door hatchback Stealth produced 164 horsepower at 5,500 rpm. A 3.0-liter DOHC V6 engine with 222 horsepower was standard on the Dodge Stealth ES and R/T model and the 3000GT and SL models. The 3.0-liter DOHC V6 twin turbocharged engine in the VR-4 and R/T Turbo produced 300 horsepower at 5,500 rpm. With the exception of the turbocharged vehicles, all models came standard with a 5-speed manual transmission, while a 4-speed automatic was an available option.

Internally known as Z15A (2WS) and Z16A (4WS), the facelift models had modified front bumpers to make room for projector headlights and tiny, spherical projector fog lights. As the early cars sold out, they eventually made their way to additional markets after being debuted in Japan in August 1993. These models weren’t available in some areas, such the UK, until 1996. In addition to updated side air vents and rear bumpers, the hood’s caps were changed to integrated sheet metal blisters. Dual airbags, a new audio system, and a modified air conditioning refrigerant were added to the interior’s revamp. The twin-turbo engines saw an increase in horsepower to 320 hp and a boost in torque from 307 to 315 lb-ft. A six-speed Getrag manual transmission with updated gear ratios was now available for the VR-4 variant. Starting in 1995, larger wheel and tyre combinations were offered. While the VR-4 now had 18-inch chrome wheels with 245/40 tyres (the Spyder had the usual 17-inch with higher profile tyres from 1994 to handle the additional 400 lb of weight), the base and SL models received 16-inch wheels in silver or chrome with 225/55 tyres.

Production for the Mitsubishi GTO/3000GT finally ended in 2000 after sales had dwindled to a trickle and new side impact regulations had begun to take effect. Although considered a fast car, beating competitors like the Nissan 300ZX Twin Turbo and Mazda RX-7 Twin Turbo in a straight line, it just never got the respect it deserved. In fact, the GTO/3000GT by many was considered to be “too heavy” and wrongly labelled as not a great track car. However, it should be noted that many of those who reviewed the vehicle noted the handling was great and allowed for it to be taken around the track without too much effort.