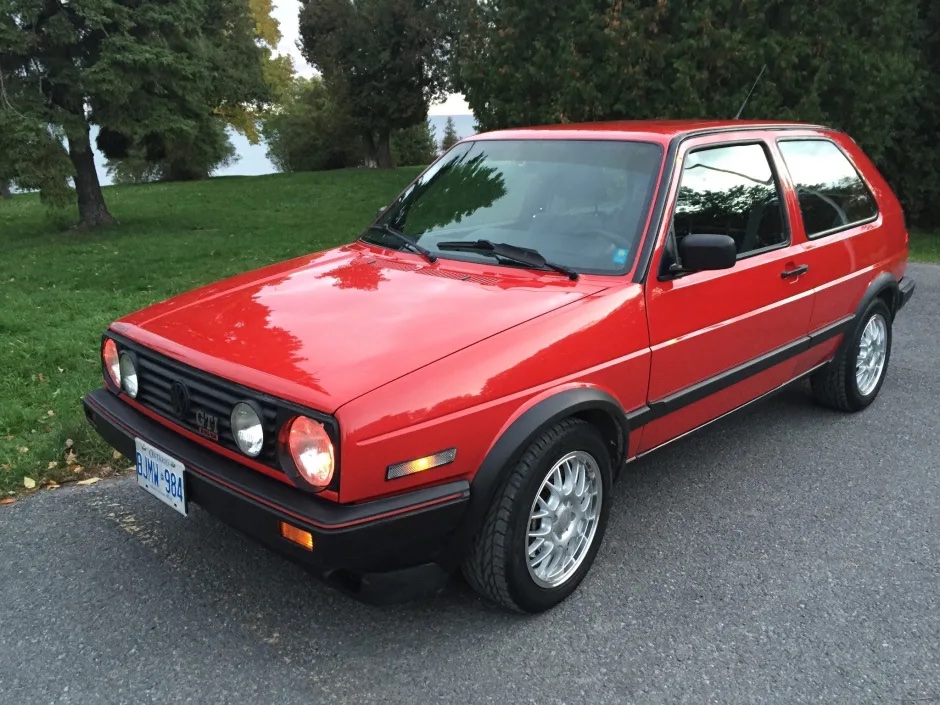 The 1980s were quiet the interesting decade not only for the world but for the automotive sector. There were a lot of changes in how manufacturers and governments viewed cars and how they wanted them to be utilized. Some of this meant strict emission and power control regulations which greatly hindered cars from an enthusiast standpoint. On the flip side, the 80s brought out some of the coolest and most innovative cars we had seen. It’s no surprise that many of the 1980s classics are already out of the price range of the common person but the good news is there are still a lot of good options available that are affordable.

The first generation of the MX-5 Miata was launched in 1989 and it remained in production until 1997 when the second generation came out. I do feel like it’s cheating putting the Miata on the list with only one model year in the 80s, but it is an 80s vehicle still and they are so great. It’ll come with a 1.6L inline-four engine that puts out a whooping 116 horsepower but for a car with inspiration from the Lotus Elan, pop-up headlights and that classic roadster look the power numbers don’t matter. People love these things, and they will only continue to increase in value. You can find great examples from the $8,000 to $20,000 range depending on how great of a shape and modified or not modified it is!

Look the Mazda RX-7 from the Fast and Furious (third generation, FD) is not the RX-7 I’m talking about here. While not as “pretty” as the third generation FD, the second-generation FC RX-7 is still beautiful in its own regard and a blast to drive. Mazda made these from 1985 to 1992 and produced them in a 2-door coupe or a 2-door convertible option. You’ll more than likely be able to source one with the 13B twin-rotor engine which produces 146 horsepower, however, Mazda also made a 13B-T which was a turbocharged twin-rotor engine producing 182 horsepower. If you get the last 1980s model year, the 1989 Mazda RX-7, will actually have a power bump with the 13B engine producing 160 horsepower and the turbocharged 13B producing 200 horsepower. These are fun cars that won many awards and can be found on the cheap still from $3,000 to $12,000 depending on how much or how little work you want to do.

The Pontiac Firebird is a close associate of the Chevrolet Camaro and Pontiac Trans Am as it shares the F-body platform with these nameplates. However, unlike the Camaro and Trans Am which have recently exploded in value, the Firebird has remained cheap. You’ll be able to find these in either a 2-door coupe or 2-door convertible as Pontiac made plenty of them from 1982 to 1992. Depending on the model and trim level you find you can get anything from the 2.5L inline-four engine, 2.8L V6 engine, 3.1 V6 engine, or 5.0L V8 engine. There are also 3-speed and 4-speed automatic transmissions along with 4-speed and 5-speed manual transmissions. I suspect with the appreciation of the Firebird’s other F-body relatives, these will spike in value more. You can still find these pretty easily in decent shape from $4,000 to $10,000.

The Chevrolet Corvette C4 was made from 1984 to 1996 and it is often overlooked as far as Corvette buyer’s go. I’m not really too sure why, as these are still a ton of fun to drive, and they look great. You can find them in 2-door Targa top or 2-door convertible form. Engine options are going to be either the L83 5.7L V8 engine or the L98 5.7L V8 engine. The L83 makes 205 horsepower and 290lb feet of torque although it is only offered for the 1984 model year. To be honest, this is fine because the L98 V8 engine is a far better choice and depending on the model year will get you anywhere from 230 horsepower to 245 horsepower on a regular C4 (not including the B2K Callaway which cannot be considered as “cheap” so I didn’t include it). You can find these mated to a 4-speed automatic transmission or a 6-speed manual transmission and they are a ton of fun to drive.

The Mk2 Golf GTI was produced from 1983 to 1992 although I’m only including the 1983 to 1989 model years here. This is the second generation of the Volkswagen Golf and also the second generation of the GTI variant. The Mk2 Golf GTI was offered in a 3-door or a 5-door hatchback and featured a 1.8L inline-four engine producing 111 horsepower. In 1986, Volkswagen launched the 1.8L engine which produced 137 horsepower and it was dubbed the “16V” model. There was also a 2.0L version of the 16V but I’m not listing it here as it wasn’t offered until the 1990 model year. Of course, you can find these with a 5-speed manual transmission very easily. I’ve actually been the owner of a 1987 Volkswagen Golf GTI and while not the fastest car I’ve owned it was easily one of the most fun ones. You can find good examples for $3,000 to $15,000 depending on how much or how little time you want to spend on getting it on the road.

5 Chevrolet Camaros that are going to be classics soon