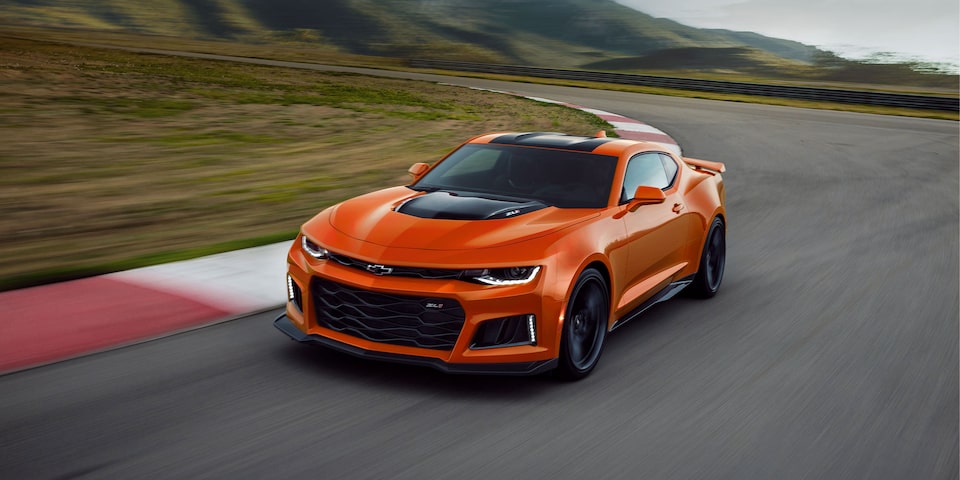 The Chevrolet Camaro is a name plate that is largely already associated with classic cars. Chevrolet debuted the Camaro in 1967 as a way to compete with the Ford Mustang and ever since the two have been locked in battle. There are currently six different generations of the Camaro that have been produced since and many of them are collector items but some aren’t.. yet. Here are some Camaros you might want to consider jumping on if you are interested in getting in on the fun.

The legendary fifth generation of the Camaro that saw the return of the name plate to production. The 2012 Chevrolet Camaro ZL1 is of particular interest as 2012 was the first model year the ZL1 was offered. It features a 6.2L LSA V8 engine with a supercharged that puts out 580 horsepower and 556lb feet of torque. There are many parts of the ZL1 that are exclusive to the trim level of the Camaro such as a Magnetic ride suspension, and Performance Traction Management system. These are basically track ready Camaros that will leave you wanting to push it harder. You can find great examples kicking around for $40,000-$45,000.

The sixth generation of the Camaro is the most recent one and closely resembles the fifth generation in looks. You’ll want to find a 2017-2019 Chevrolet Camaro ZL1 !LE as it is considered the true track ready Camaro (the !LE is referred to as the “track package”). You will get the 6.2L LT4 supercharged V8 motor producing a wild 650 horsepower and 650lb feet of torque. This is the highest performance rated Camaro on the list and will do 0-60mph in 3.5 seconds with a quarter mile time of 11.4 seconds. It has easily engraved it’s name on several record lists on tracks such as the Laguna Seca and the Nurburgring so there is also already some history attached to it. The problem is finding one that is for sale and then getting your hands on it. I’m not including a price point on this one as it fluctuates so much that it’s really hard to pin point.

The 1985-1992 Chevrolet Camaros are part of the third generation and up until very recently they did not receive a lot of love or attention. In fact, these used to be available for extremely cheap, with decent examples ranging around the $5,000 market not even 2-3 years ago. Things have changed since, as people have started to collect them. The 1985 model year is particularly important as it saw the introduction of the IROC-Z model which was offered as an option package on the Z28. It included an upgrade suspension, lowered ride height, specially valved Delco-Bilstein shocks, larger diameter sway bars, a steering/frame brace, a decal package and an optional Tuned Port Injection system from the Chevrolet Corvette. You’ll do well to get any model year ranging from 1985 to 1992 but it should also be noted that the 1987 model year might deserve more attention as it was the first year you could get the IROC-Z with the 5-speed manual transmission. A decent example will range in the $12,000 to $20,000 mark.

The 1977-1979 Camaro is part of the second generation of the Camaro model and these model years actually fall within the face lift. 1977 is in particular a special year as the Z28 was finally brought back and it helped power sales over the Ford Mustang for the first time. The new Z28 model offered a 350 5.7L V8 motor with four-barrel carburetor that produced a whooping 186 horsepower. Obviously a 1977 model year will be highly sought after and probably have the most collectability but if you can get anything between a 1977 to 1979 you’ll do well. Depending on the condition, you can expect to pay anywhere around $20,000-$30,000 for a good condition restored example.

What is the Chevrolet Camaro Berlinetta?