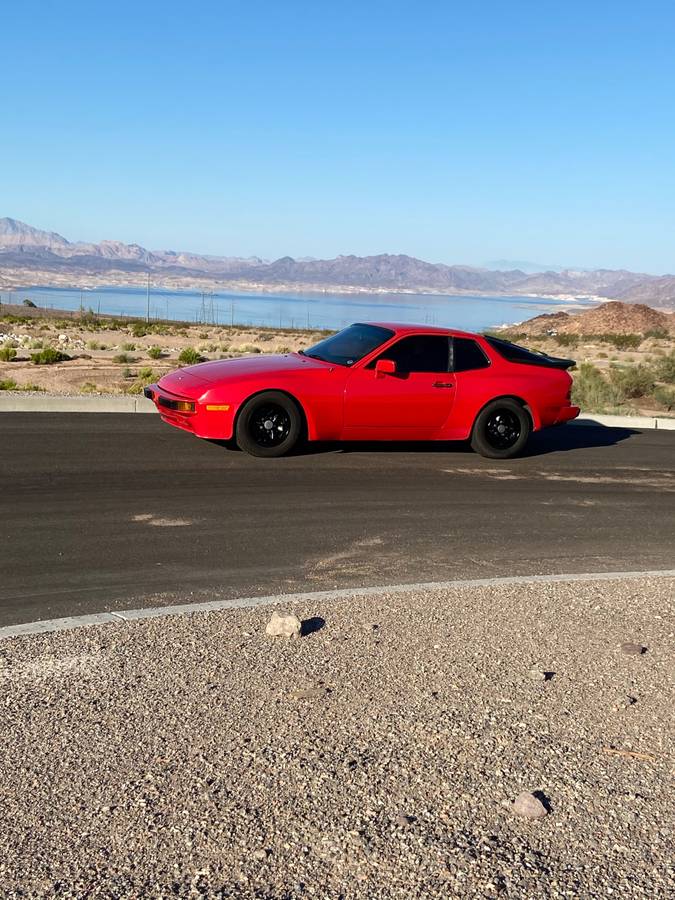 The Porsche 944 is one of those Porsche’s that was always sort of considered the “poor man’s” Porsche but has gone through some phases of appreciation. We have certainly talked about it quite a bit on here and I don’t see why it doesn’t get more love to be honest.

The Porsche 944 was manufactured from 1982 until 1991 and is a front-engine, rear-wheel drive mid level sports car that is based on the 924 platform. Although the new 944 was a step up in pretty much everything over the 924, it wasn’t overly great at anything. For example, it offered good power but not horsepower numbers that were mind blowing or could even really be considered as “fast”. At the end of the day, the price point drove the 944 to be one of Porsche’s top sellers and a true mass market vehicle. However, this also meant that most of these vehicles ended up changing hands several times over and each time they changed hands they received a little less love.

However, these days the 944s are coming back as “classics”. They are now considered “cheap” as you can find them for much less than any other Porsche and most other “sports cars”. They aren’t going to blow you away with wild horsepower numbers, or even ones that will tuck you back into the seat but just like a Miata they will be fun to drive. You could say the 944 offers a lot of value and that’s exactly what today’s find brings.

There is a seller out in Las Vegas that has listed their 1985 Porsche 944 finished in red and featuring just 108,000 miles on the clock. If that mileage figure is right (and adds up with the odometer) than this can be considered a relatively low mileage 944. This one is a traditional coupe model that features the traditional black interior. It is believed the red exterior is a recent “custom” paint job, but it does appear to be clean and the seller notes the vehicle comes with a clean title.

The only downside is that this 944 features the 2.5L inline 4 engine which produces a whooping 143 horsepower. Thankfully, its is mated a 5-speed manual transmission rather than the 3-speed automatic transmission that was an option on the 944. The only other downside is that while the seller notes it does “run and drive”, it also apparently needs a tune up. What exactly that entails is unknown as the seller has not provided any other details, however for $5,500 and in this physical condition I don’t think you can really go wrong.

You can find the ad here.

A beautiful 1969 Porsche Speedster for sale