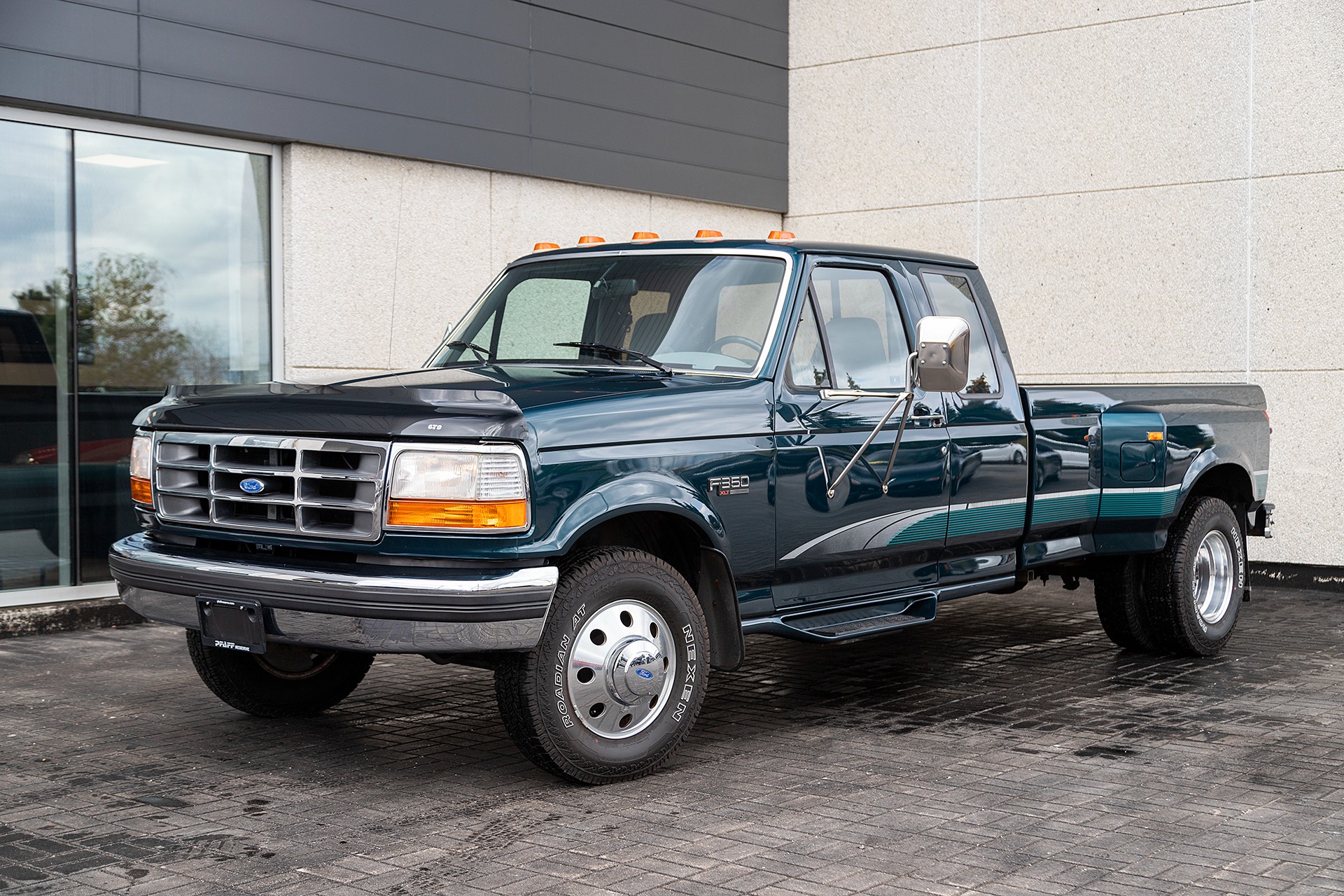 It is no secret that older pickup trucks are garnering a ton of attention out as they are in great demand. It really started with the square body GM pickup trucks and has now expanded into any older truck, even with soaring gas mileage. Of course, most of the trucks coming up for sale now are usually higher mileage and in a bit rougher shape. This is to be expected as trucks prior to the 2000s were really work/farm trucks more than they were the trucks we primarily see out today. So imagine my shock when I stumbled upon a fairly mint low mileage 9th generation Ford F-350 dually, specifically a 1995 vintage. These were trucks that were worked hard, and it would have been very rare to find one from that era that was purchased by someone who was going to do otherwise. But nonetheless, it is real.

Before I dive to deep into this specific truck, let me tell you about the 9th generation Ford F-350s. They were produced from 1992 to 1998 and were the one ton truck Ford sold. They all had a 10,000 lb GVWR max and were offered in many classic cab combinations as well as different trim levels. You could get them gas powered with the 5.0L V8, 5.8L V8, or the 7.5L V8 or you could go for the 7.3L diesel. At the time they could only be had with the long 8 foot beds. Almost all of the F350s were sold in a single cab or extended cab variation.

This specific 1995 Ford F-350 that I have found is a 7.5L V8, the big block. This is a somewhat desirable engine choice, although some might argue the 7.3L diesel is more in demand. This one is also in an extended cab configuration with a RWD setup.

Now for the most shocking part, this thing only has about 38,236 miles. It is a Canadian truck, for sale up in Woodbridge, Ontario and the dealer, Pfaff Reserve says it has 61,535 kilometres on the clock. This is extremely low mileage for an F-350 of that era, like some of the lowest I have seen yet. Allegedly, this truck has also only had 2 owners which is also fairly rare for a work truck.

But then look at the condition of this thing. It looks like how it would have looked in 1995 sitting on the showroom floor, absolutely mint. It is finished in the classic (for that era) green with the grey cloth interior. There is absolutely zero rust or damage to this F-350 looking at the pictures. Based on the interior options which include some power options, I believe this truck to be an XLT trim although that is still to be confirmed.

Either way, if this truck interests you, the dealer, Pfaff Reserve, is going to list it on BringATrailer. For now you can find some details here.