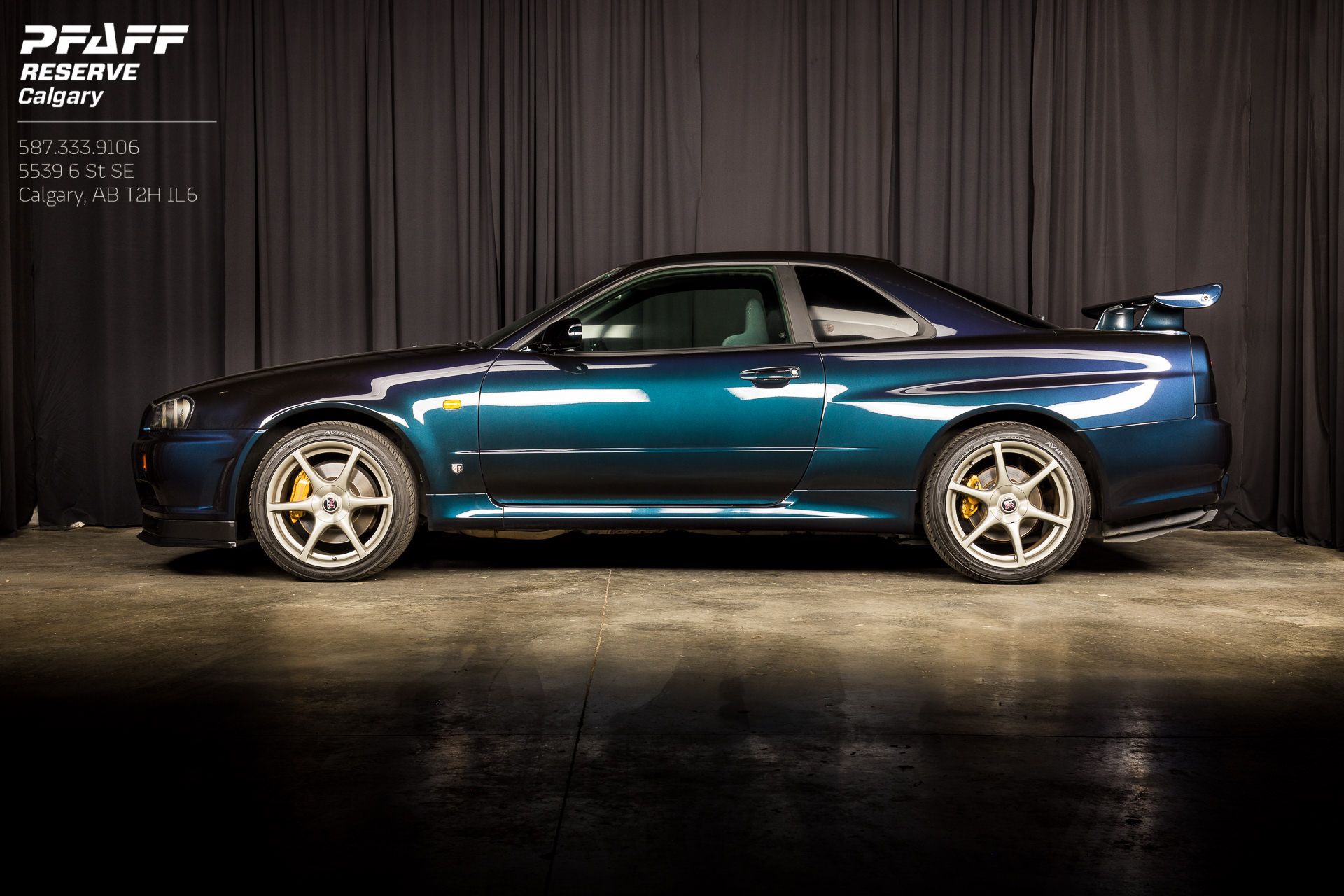 The Nissan Skyline GTR is what legends are made out of, especially the R34 V-spec II. This is the same vehicle that Paul Walker made popular by driving it in the Fast and Furious franchise, specifically 2 Fast 2 Furious. The R34 GTR was introduced in January 1999 and they featured the legendary 2.6L twin turbocharged inline 6 engine, also known as the RB26DETT motor and are all 6 speed manual cars. This engine made 276 horsepower and 260lb feet of torque. They then stuffed it into a chassis that was best designed to be a race car making for one heck of a ride. Due to stricter laws, they limited in sales to NOT include North America which is what makes it harder to find as they all have to be imported.

But today is your lucky day because there is a dealer in Calgary, Alberta, Canada that has one up for sale for a cool $348,888 Canadian. This specific example is a 1999 vintage, the first year of the R34 and one of the more sought after ones. It is finished in Midnight Purple and completely speced out as a V-Spec II car. It was imported into Canada straight from Japan and it looks like it has been well maintained it’s whole life. The vehicle currently has 73,410km on the clock.

It is important to note that there were only about 2,500 V-Spec II cars produced, with 1855 being made for the Japanese market so this is quite a limited vehicle. You can find the vehicle here if you are interested.