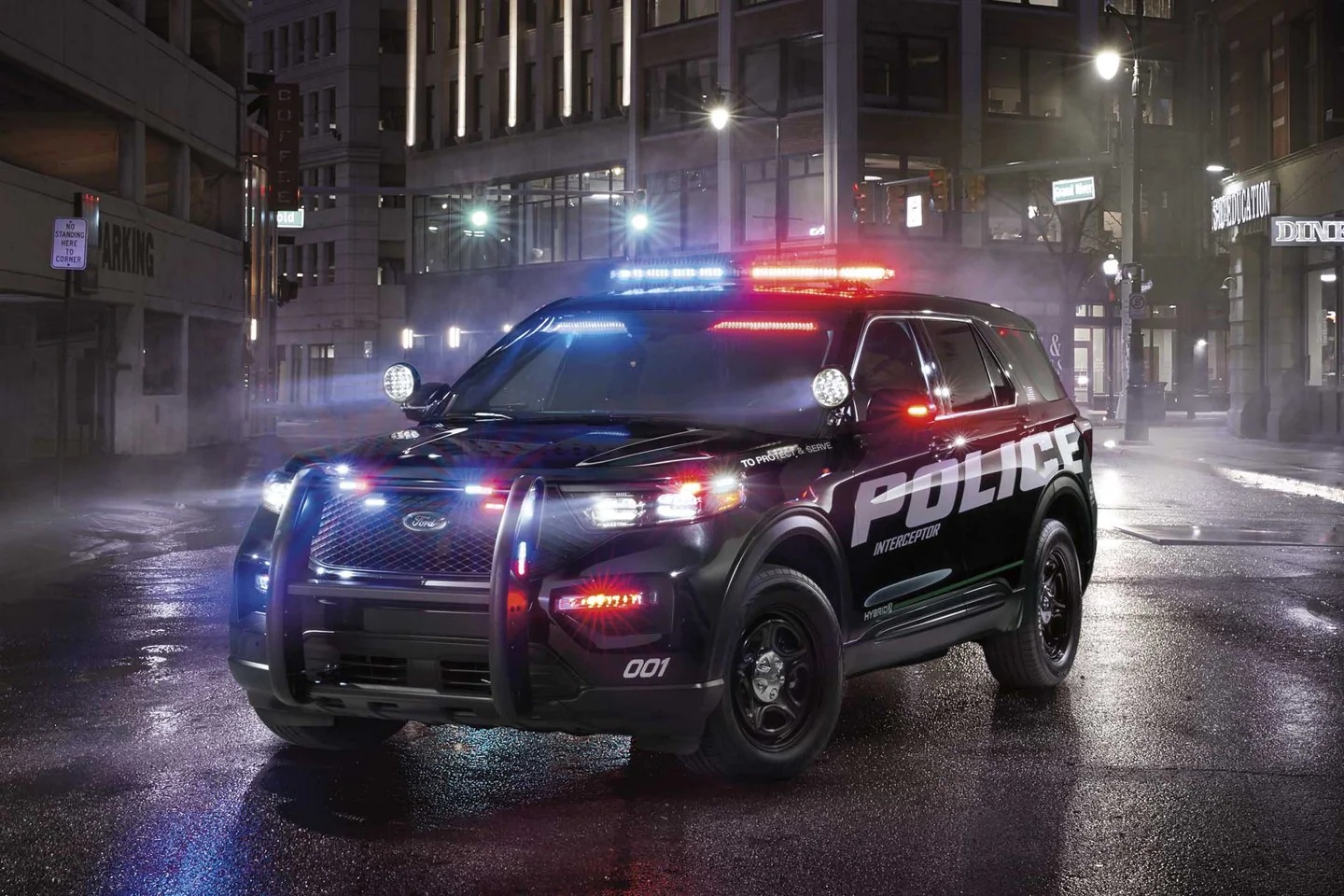 All Ford Police Interceptor Utility vehicles come with all-wheel drive standard as well as upgraded larger brake rotors, more advanced ABS and traction control systems, an upgraded cooling system and bigger tires. This is of course on top of all the additional police gear such as lightbars, sirens, radios, etc. that all police cars have.

Since we are focusing on the 2020 model year, there are some significant changes over the previous generations of the Interceptor Utility. For starters, it is now offered with a twin-turbocharged 3.0L V6 and as a hybrid, with a 3.3L V6 and an electric motor. A naturally aspirated version of the 3.3L V6 engine is also offered to departments, which is unavailable on civilian models. I highly doubt many departments are going for the turbocharged 3.0L V6 due to costs but I bet you many police agencies will go the hybrid route on these (which is also standard equipment) and I don’t blame them! In total, the hybrid system increased the combined fuel economy of the Utility from 19 MPG to 24 MPG, a 26% increase. Those are big savings for police departments facing budget cuts! The 3.3L Hybrid V6 engine produces 318 horsepower and 322lb feet of torque.

Also, important to note for the 2020 model year, the shift from the D4 to the CD6 architecture, the Police Interceptor Utility gains cargo space (even with hybrid batteries onboard) over its predecessor. The Interceptor Utility is also the only cruiser worldwide engineered to meet the 75mph rear impact crash test, which make it one of the safest cruisers on the market.

But there are many cool optional features such as the Police Perimeter Alert which is a factory-installed version of surveillance Mode. It utilizes the BLIS (Blind Sport Information Systems) sensors for approximately 270 degree monitoring outside of the vehicle. The car then analyzes the motion to determine if spotted behavior is a potential threat and displays in the instrument panel cluster showing moving objects. If a potential threat is detected, it sounds a chime, activates the Rear View Camera and automatically rolls up the windows and locks the doors.

As far as handling and performance, these are great! They are much better in handling than a Crown Vic and the Taurus (now discontinued). Everything is heavy duty, including the suspension, which makes the car feel more like a race vehicle when it needs to. I’ve spoken to several officers who are currently riding in these and they swear by them.

When you factor in these are one of the first police hybrid pursuit rated vehicles, the power, the performance and all the cool additional features, it’s hard to not say this is the ultimate police car.

Should I buy a former police car