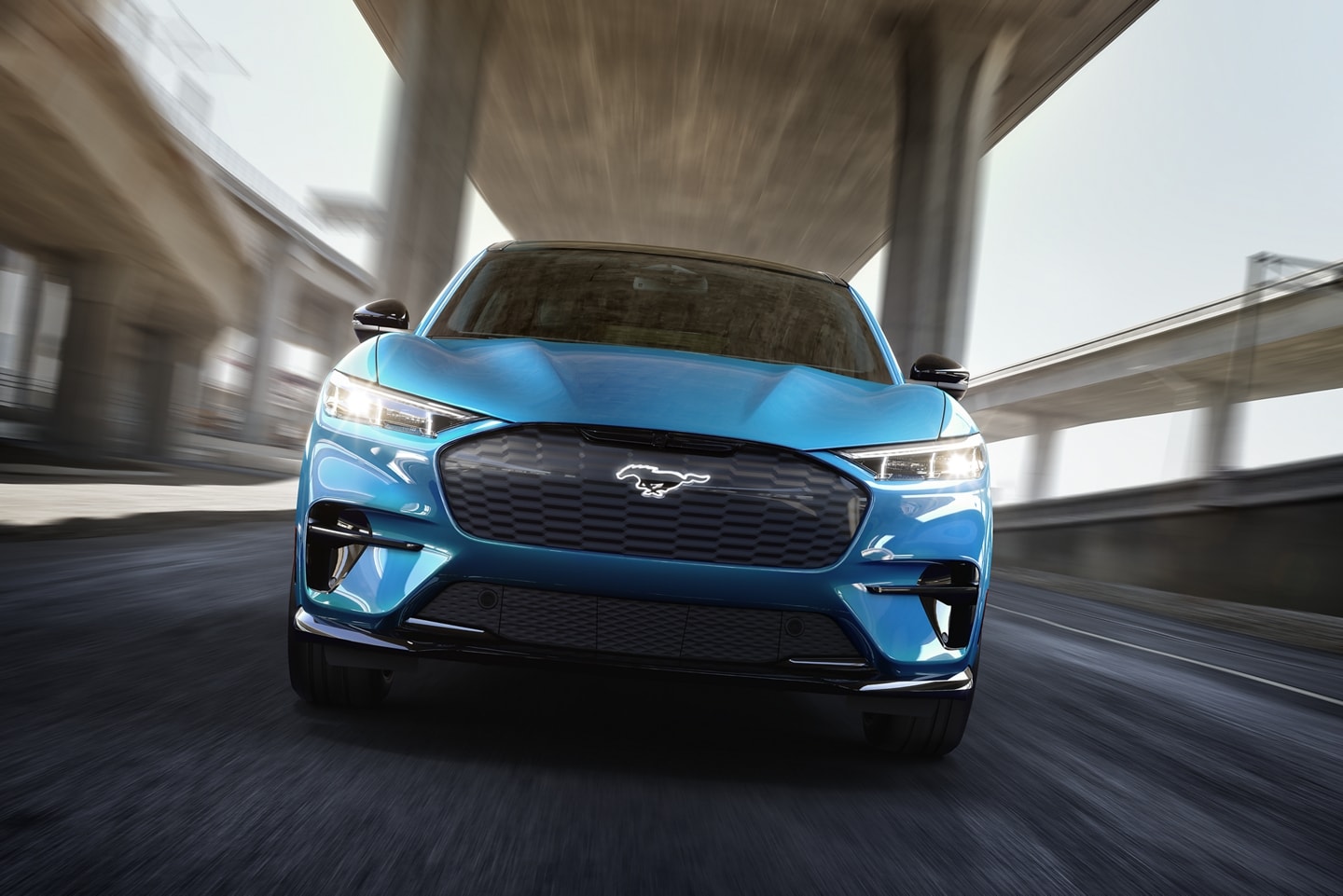 The Ford Mustang Mach-E may have only gone on sale in 2019 but it is quickly becoming one of the most popular electric vehicles (EVs). It has won the 2021 North American SUV of the Year Award and it’s one of the EVs that is attracting many gas-powered owners to transition to electric.

The Ford Mustang Mach-E is built on the Global Electrified 1 (GE1) platform which is basically the reworked version of the C2 platform that was used on the fourth generation Focus and fourth generation Escape. There are four unique trim levels for the Mustang Mach-E: base Select, mid-range California Route 1 Edition, well-equipped Premium, and performance-focused GT. At debut for the 2021 model year, a limited-production First Edition trim was also offered; it was based on the Premium trim. The GT variant also has a GT Performance Package.

Three power outputs and two battery pack sizes were offered when the device first debuted. A 68 kWh battery pack or an 88 kWh extended battery pack, both of which are available for the base rear-wheel drive model, can power a 266 horsepower (198 kW) motor. The advertised 0-60 mph (0-97 km/h) time for both battery packs is 6.1 seconds or less, and their EPA ranges are approximately 230 and 300 miles (370 and 480 km), respectively. The same Motors are utilised by both the SR and ER versions. The battery’s power is what accounts for the output difference. All models use the larger 210kW motor in the rear, while the AWD variants use the smaller 50kW motor up front (Select and Premium). Both the front and back of the GT Performance receive the identical 210 kW motor.

You would think that a vehicle with a curb weight of 4,394 to 4890 pounds would handle like a boat but the Mustang Mach-E is the opposite. It doesn’t even seem to matter whether you go with the RWD or AWD options, you’re going to get great handling.

Not only does the Mustang Mach-E handle great but it offers lot of additional driver-assistance technology. I’m not talking about standard safety features such as ABS, traction control, or stability control. Ford offers a lot more such as automated emergency braking, forward collision warning, blond-spot monitoring system, lane departure warning, rear cross-traffic alert system, and lane-keeping assist. Basically, if there is a modern driver-assistance technology, you could in one way or shape get it on your future Mustang Mach-E.

You can customize the infotainment system many different ways

The Ford Mustang Mach-E comes with the SYNC 4A infotainment system which runs on a 15.5” touchscreen. The SYNC 4A system is highly customizable and allows you to change features to how you wish. It is easy to integrate things such as Apple CarPlay, Android Auto, SirusXM radio, and more.

You might think an EV is limited to a short range, but the Mustang Mach-E can do so much more. The best part is that depending on what driving range you would like you can customize your Mustang Mach-E to achieve that. The standard range with RWD offers 230 miles of range and 266 horsepower, while the AWD version gets 211 miles and 428 horsepower. If that doesn’t offer enough range, you could get the Extended range which offers 300 miles and 290 horsepower while the AWD version will get you 270 miles and 346 horsepower.

The warranty is decent

There is a lot of fear with electric vehicles and their reliability, and understandably so as EVs are still a new technology. The good news is that the Ford Mustang Mach-E comes with a standard 3-year bumper to bumper warranty. If you are worried about the battery going too soon, just know that the battery is actually good for 8 years or 100,000 miles if the charge capacity declines to even less than 70%. Not bad at all.

It’ll be hard to decide on what car to buy but I can tell you the Mustang Mach-E has a lot to offer and I don’t see why you wouldn’t be happy with one.

Why you should buy an EcoBoost Mustang over a V8