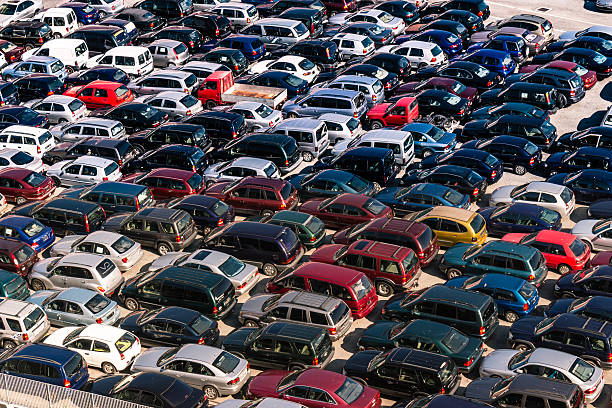 Every year various appraisers, collectors and auctions will look at collectible cars that are on the rise and try to jump on them. Sometimes this might appear as just a folk of buyers grabbing a specific car and in turn causing it to appreciate. However, there is actually a science to figuring out which cars are going to increase in value as cars are obviously a depreciating asset, usually anyway. This is of course the best part of collectible cars, especially ones that are on the rise, as you can enjoy them and drive them for pretty much free. Of course this shouldn’t be the basis for your financial future, and don’t plan on suddenly making it by selling one of these. Also, as always, be aware this isn’t the be all and end all of lists and you should always do your market research.

To be fair, Land Rover Defenders are on the rise every year and have been so for the past decade. I specifically included model years 1990 to 1997 as these seem to have the most dramatic increases but are still within grasp for a modest collector. Even with the 1990 to 1997 model years you are still spanning over several different versions of the Defender even if it has largely aesthetically remained the same on the outside. The Defender was introduced in the late 1990s so getting one of the 1990 model years would be a great idea from a collectability standpoint. When it was introduced, it replaced the Land Rover 90 and 110 which are sometimes also referred to as “Defender” models. Currently, these model years will range in the $55,000 to $65,000 area.

Easily the most obvious car on this list, the Toyota Land Cruiser, a nameplate which naturally holds it’s value. The Land Cruiser was on our previous Collectable Cars on the Rise list for 2021 and it remains again this year because these are flying like hotcakes. The early 70s and 80s Land Cruisers are going for ridiculous prices already, the later model years haven’t really dropped in value too much. The early to mid 90s Land Cruisers seem to be the best ones to purchase. There is a lot to love about these even if they are bare minimum vehicles, they just work. You can land good condition ones for $25,000-35,000, but if you are down to get your hands dirty you can find one that needs some work for $10,000-15,000.

One of my favourite coupes of the 90s, and a returnee to this list, the Volkswagen Corrado. Although the base only came with 158 horsepower, it was still good for 140 mph. You could increase the power by going for the VR6 which included a 2.8L V6 with 179 horsepower which in 1992 was bumped up further to 187 horsepower. The only real downside to these is that they are front-wheel drive and didn’t inherit more of the Porsche bloodline, which is probably why sales declined and VW ended up killing the model. However these days, they are picking up in value. These were $17,000-20,000 vehicles new but you can get a good condition Corrado now for $9,000-12,000. I suspect these will dramatically increase in price shortly again.

Unsurprisingly another older Porsche model is starting to really climb in price. Just like the 924, and the 944 models, the 968 is now becoming a hotcake. We saw prices climb quickly on these over the past 5 years but they became a bit stagnate last year. Since then, they have easily gone up about 15-20 percent in value and they won’t be stopping soon. I suspect just like the 944s did in recent years, the 968 will be getting out of the range of an average collector shortly. Typically, I am seeing the Porsche 968 going from $35,000 to $45,000 for the better to mint condition models.

Probably one of the most expensive cars on this list but a worthy investment considering how well these are appreciating. The Aston Martin V8 Vantage has been Aston Martin’s best vehicle since being introduced in 2005. It came with a base MSRP of $110,000 and competed with some of it’s European rivals. Depending on the model year, you can get a variant of the V8 from Jaguar ranging from a 4.2 to a 4.7 litre engine. You can find these in excellent condition for $45,000 to $50,000, no bad for a car that was well over $100,000 new.

The original Audi TT was introduced in 1998 but the first two years were fairly rough for these. The best came in 2000 with an updated to the Electronic Stability Programme and Anti-slip Regulation. They also updated the suspension system and changed up some of the cosmetics. The Quattro obviously adds the most desirable AWD, which is really the only Audi TT you should get. They are starting to slowly climb in value but cans till be had for $12,000-16,500.

The Porsche Cayenne is starting to become a collectible