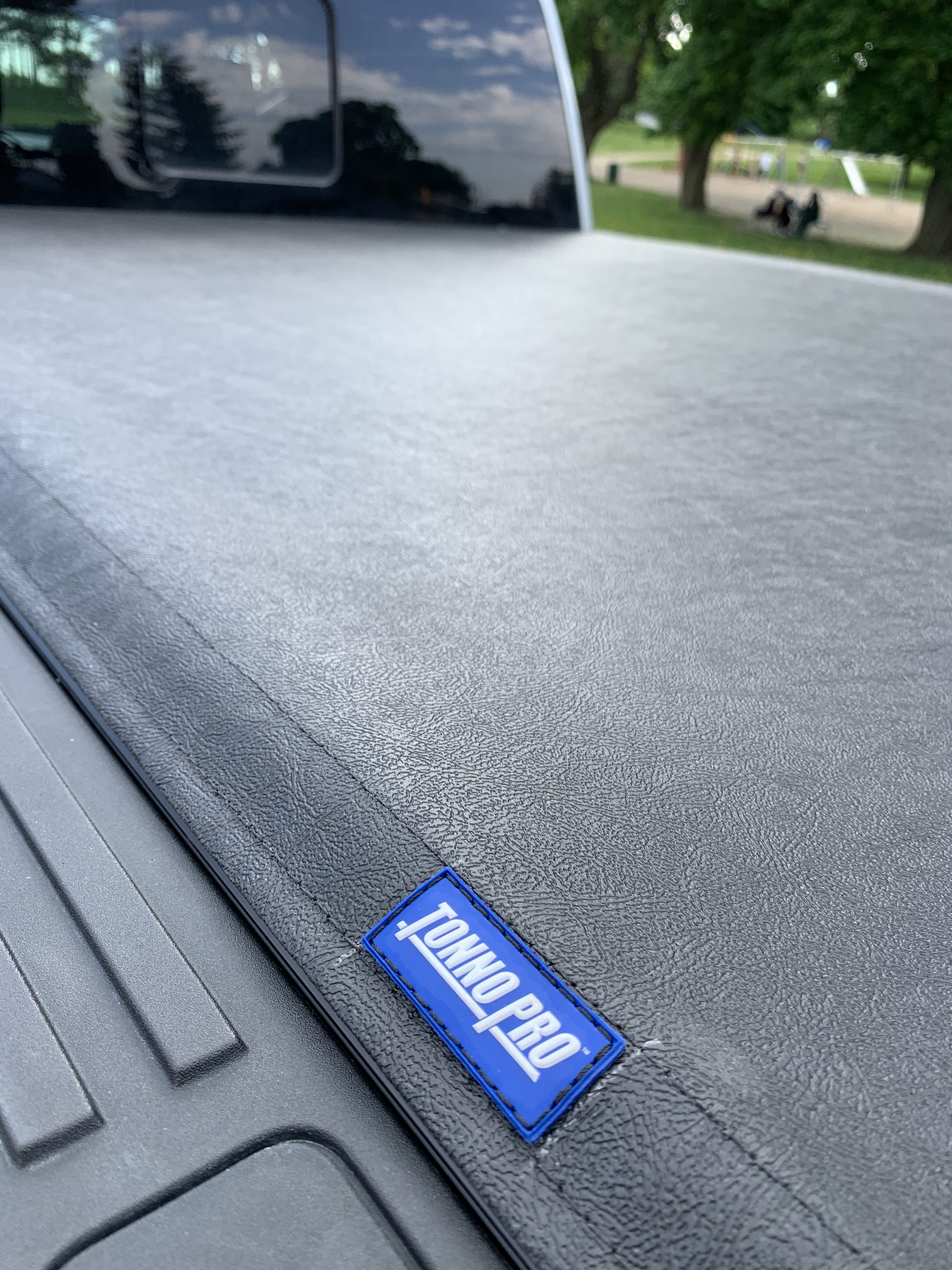 Tonno Pro is an American company that solely designs and engineers truck bed covers. They have three different styles of truck bed covers which include a hard fold up, soft fold up, and a roll up. From the company:

“The Tonno Fold Tri-Fold is a soft folding cover made from vinyl material for great truck bed protection and comes completely assembled for a quick and easy install. Tonno Pro’s Hard Fold truck bed cover has been designed with an extremely tough all aluminum underbody frame covered with the highest marine grade vinyl on top. Finishing the lineup is the Tonno Pro Lo-Roll soft rolling truck bed cover which provides full access to your truck bed and security and protection from the elements.”

They did not pay for this post or sponsor it in anyway.

If you have followed our Instagram account recently you would know I’ve been pouring a ton of work into my daily driver, a 2017 Ford F-150 XLT Crew Cab 4WD. I’ve also been using that truck for a variety of purposes and it has done its job very well. Part of this truck performing various tasks is having a tonneau cover, and so when I got it I was a bit strategic in picking a tonneau cover that would protect items in the bed but offer me lots of utility. After much back and fourth, I settled on the Tonno Pro Lo-Roll cover and have never looked back.

That is of course until about 2 weeks ago when I noticed the cover was a little bit loose. Now when I say a little bit, I mean it wouldn’t bother the average person but I am so anal when it comes down to the small details that I immediately began playing with it. Normally, this would be a pretty easy fix as Tonno Pro includes and adjustment setting to tighten the cover as needed. I began playing with this and somehow managed to snap the locking mechanism of the entire cover. I really feel like this was more a user error than a product malfunction so I began looking on Tonno Pro’s website for how to order a replacement part.

It appeared as if the part was possibly back ordered so I called the folks at Tonno Pro and was advised by a representative that my tonneau cover has a lifetime warranty that would cover this. I tried explaining to them that I believed this was an error on my part and I would have no issues in paying for the part but they simply refused to take my money and instead recommended I submit a warranty claim which I did.

The next day I received a heads up from the folks in the warranty department at Tonno Pro that my claim was accepted and they would ship me replacement parts. Que a few days later and I got the new parts but quickly realized the replacements did not work with the screws I had from the old ones. Once again, I contacted Tonno Pro who advised me that I actually had the old design of the tonneau cover and they would try to find a solution. Within a couple hours I was advised that it would actually be better if they just replaced the entire cover for me and so they shipped me a brand new Lo-Roll cover free of charge.

To be honest, I am a bit shocked that a company would take such a stand but that’s just how much Tonno Pro believes in their products. Their website says, “Tonno Pro has you covered”, and after my experiences I firmly believe that!

How do warranties and service departments work?