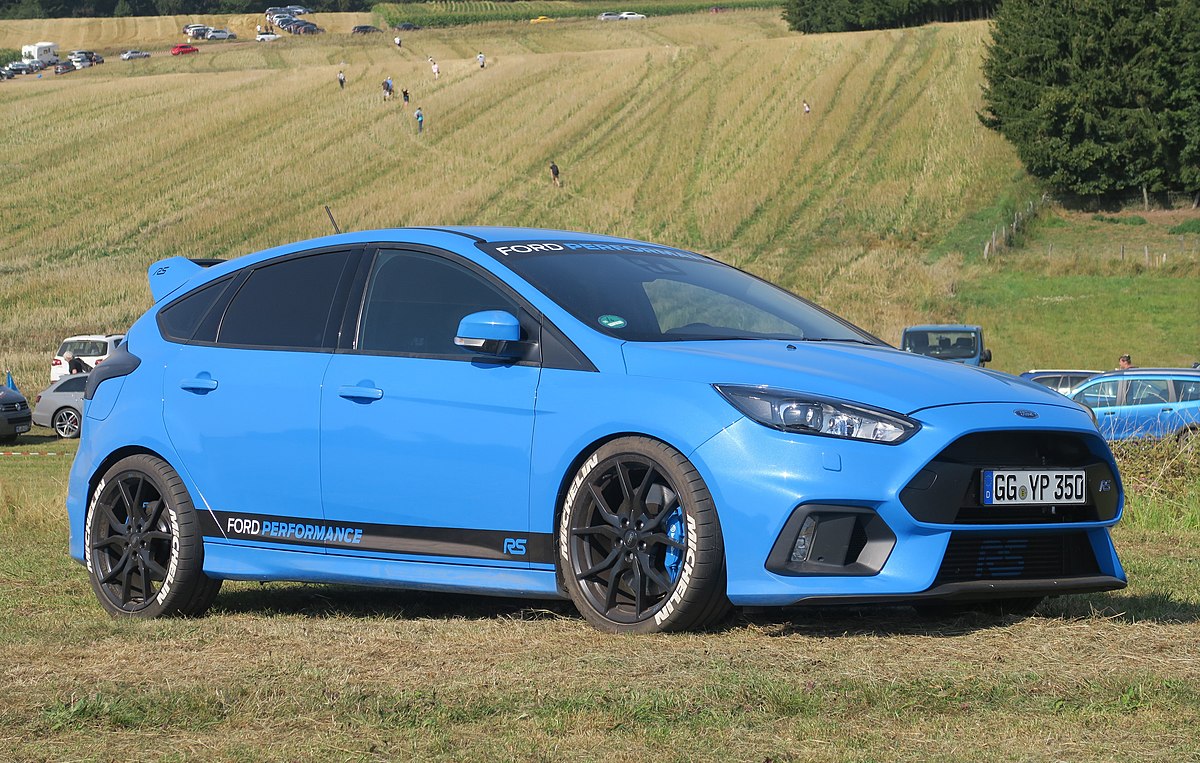 The Ford Focus RS was the result of the merge of Ford’s North American Special Vehicle Team (SVT), the European TeamRS and the Australian FPV division. Basically, in 2011, the Ford leadership group decided they need to merge these teams to eliminate overlap, improve efficiency and cut costs. The team quickly began to focus on a hot-hatch as the segment became a focus point. In 2015, Ford began teasing the launch of a new Ford Focus RS and then in 2016 officially launched it.

What car it waws, as the Focus RS was based on the third generation of the Ford Focus but apart from some exterior styling, it didn’t have much in common with a base Focus. The Focus RS was packing a turbocharged 2.3L 4 cylinder EcoBoost engine producing 350 horsepower and 350lb feet of torque. The Focus RS was sending all that power to all four wheels via Ford’s new Torque-Vectoring All-Wheel-Drive system and featured an upgraded suspension and brakes. The Focus RS also featured some industry-first and features such as a Drift mode which allowed controlled oversteer drifts as well as launch control.

On the outside, the Focus RS featured sportier styling with an aerodynamic package. It was available in only 2 colors, race RD and Nitrous Blue in the end. The last of the model years featured a glass black roof, spoiler and mirror caps.

As far as performance, this was a vehicle capable of doing 0-60 mph, or 0-100km/h, in just 4.7 seconds. It featured a quarter mile time of 13.3 seconds with a speed of 103.3mph for the 2016 model year. The Focus RS ended up with a positive reception, with automotive journalists eating it up. Ken Block took possession of one and set the world on fire with various stunts featuring the vehicle. On top of that, it was featured in various rally events to again a positive reception. So what gives, why did it not do well?

Dealers killed them. Seriously, Ford dealerships hoarded these things and than slapped ridiculous price tags on them that were well over MSRP. Even with all the hype and excitement around them, dealerships across the country decided to not even let the public test drive them and asked for ridiculous deposits for the chance to even buy one. In 2016, you could not find a Focus RS for sale that was not at least $7,000 over MSRP. This couple with low production numbers like in 2018 when only 1,000 were made, forced buyers to look else where. As a result, excitement and interest in the Focus RS died down. Near the end, Ford did try to spring back interest but unfortunately there were other newer vehicles that were now more exciting and in 2018 Ford killed the Focus RS.