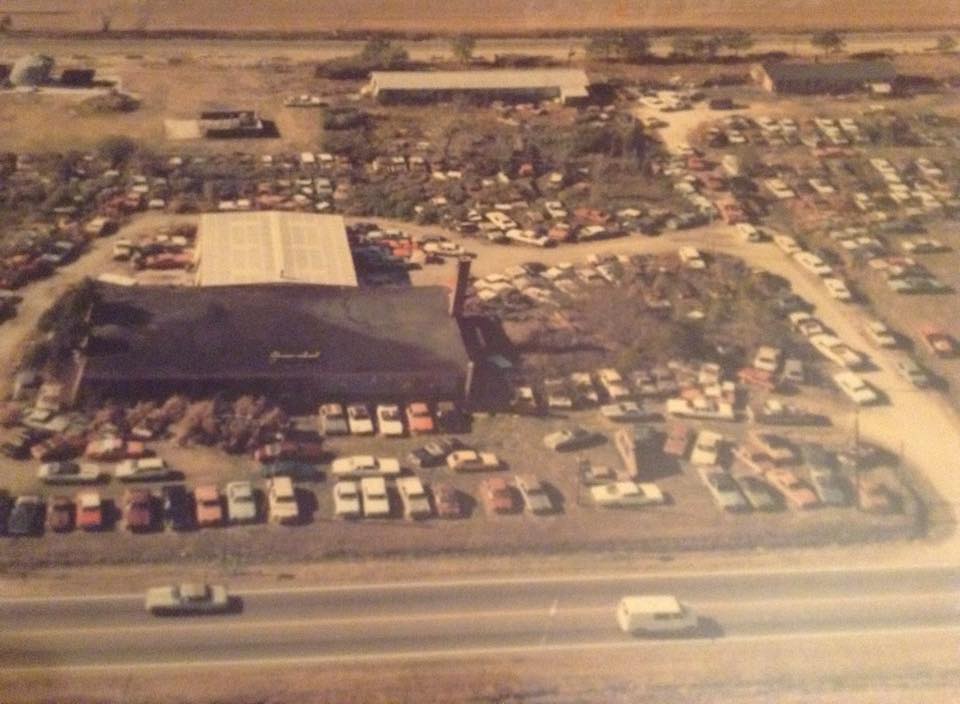 AMC, or American Motors Corporation, became defunct on June 20th, 1988, but there appears to be an AMC dealer in North Carolina that is open for business. AMC was actually doing quite well as a car company, until it was bought out by Renault and then Chrysler. The company was essentially stripped of it’s assets and intellect and merged into Chrysler, with the AMC brand itself left to die.

But along US Route 117 in Pikeville, North Carolina, there is what appear to be the remnants of an AMC dealership still around. By remnants, I mean the dealership looks more like an abandoned property housing abandoned vehicles that have been there for many years, more than anything. The dealer? It would be Collier Motors owned by Robert “Bobby” Collier who opened the dealership in 1955.

Collier ran a fairly successful dealership, and even when Renault bought them out he refused to sell vehicles not built by AMC. His strict quality controls ensured he had repeat customers who stayed loyal. However as a result of these decisions regarding the merger with Renault, Collier’s new vehicle inventory dried up. Even worse, in 1985, he lost the AMC franchise altogether and began operating just as Collier Motors. Instead, Collier focused the business on selling used AMC vehicles.

By the mid 90s, it was becoming more and more difficult to locate AMCs in decent condition. Collier began developing health problems and he had to withdraw from the dealership. Not long after, Collier sold most of the AMCs in excellent condition and the dealership slowly began to fall apart. But even with a crumbling building, Collier Motors stayed operating in one way or another. Mostly they broker for both restored vehicles as well as vehicles that need to be restored. These days, Collier’s sons have been keeping the business running, which although hasn’t seen an update to the building or the website will still answer the phone if you call, business is open.

Find a local mechanic and support them

Selling a car privately vs trading it in

Is it safe to do a credit application on a dealership’s website?

Video: How broken are wholesale cars at dealer auctions?